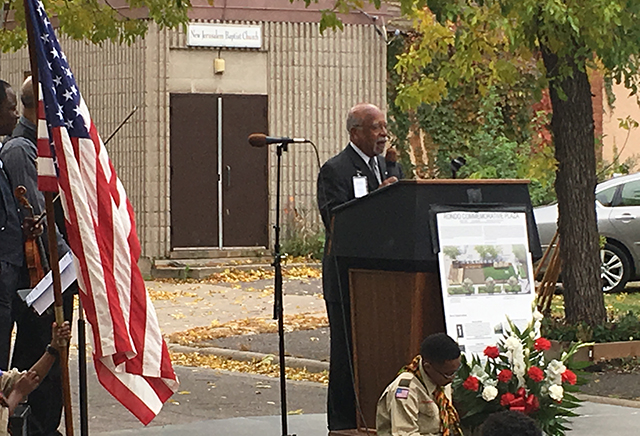 Marvin Anderson can see the finish line, both for his capstone project and for his 35-year involvement in the cause of reclaiming the St. Paul community of Rondo.

With $47,000 in state legacy grant money approved by the 2017 Minnesota Legislature, the fund-raising for the building of a $450,000 Rondo Commemorative Plaza has been completed. If all goes according to plan, Anderson said he hopes to begin construction in August.

After a winter lull, the project — located at Concordia (Old Rondo) Avenue and Fisk Street — will be finished in the spring with a ribbon cutting and celebration. That will complete a project that aims to both celebrate the story of the historic black neighborhood and reconcile the damage done to it by the construction of Interstate 94.

A few months after the ribbon cutting, Anderson said he will take part in the 35th edition of Rondo Days, the annual event he founded with Floyd Smaller to celebrate and commemorate the old Rondo community — the 2017 edition of which takes place this weekend.

And then he’ll start the process of stepping away. He’ll be 78. “I’ve probably got two to three years to go myself,” he said. “I’m toward the winter as opposed to the spring of my years.”

The plaza represents the culmination of work that began more than three decades ago. After earning a law degree, serving in the Peace Corps in Senegal and working for a company in Liberia, Anderson returned to St. Paul. While practicing law for a Minneapolis firm, he began researching the legal circumstances around the loss of the family home and his father’s business to the clear-cutting of Rondo for I-94 between late 1956 and the early ’60s. 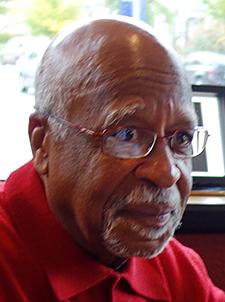 In 1982, he helped start Rondo Days as a way to channel the residual anger from those losses, and the state’s decision to run the freeway through his poor and powerless neighborhood. This year’s Rondo Days takes place this weekend.

The idea for the plaza was born three years ago, when a piece of property overlooking the freeway became available. A grant helped buy the land, and helped Anderson’s organization, Rondo Ave. Inc, conduct community outreach find out how neighbors wanted Rondo remembered.

The result will be a set of spaces devoted to different uses. A history wall will tell the story of the people and places of the historic Rondo neighborhood, as well as of more-recent residents: the Hmong, Somali and Oromo. In front of the wall will be memorial pavers, which will be sold as part of fundraising for operations and maintenance of the park. At one end will be a trellis and stage framed by an artwork of chimes called the Voices of Rondo, while the center will be open for visitors to sit for performances or during events. At the freeway edge will be a lighted column that will serve as a locater for people driving by on I-94.

rondoplaza.org
The fund-raising for the building of a $450,000 Rondo Commemorative Plaza has been completed.

Through either serendipity or fate, nearly everyone on the design and construction of the project — the design team at 4RM+ULA: James Garrett, Jr., Nathan Johnson and Lyssa Washington; the project manager at developer Oppidan: Louis Zachary; the construction manager for Thor Construction: Art Gardner, Jr.; and the city of St. Paul staffer handling the licensing and permitting: James Benner — is a relative of a family that lived through the destruction of Rondo.

“These are all people whose parents and grandparent I know,” Anderson said. “So it’s an amazing coincidence of good fortune to have all of them in here. All of them are offering their time and their talent and I don’t know if they think I’m laying it on too thick when I tell them that your parents and grandparents are smiling in their graves right now because all of you are helping me.”

On Wednesday, Anderson held a breakfast to kick off efforts to raise money for the operation and upkeep of the plaza by honoring six “heroes” of Rondo: Nick Khaliq, who helped secure the grant that kicked off the plaza project; Jonathan Palmer, the executive director of the Hallie Q. Brown Center, St. Paul Mayor Chris Coleman, who offered to do all he could to atone for the loss of historic Rondo; Marion Kennedy, who Anderson describes as the neighborhood’s “top volunteer”; 3M executive Kimberly Price, who helped with the company’s African-American Employee Network’s $20,000 donation; and MnDOT Commissioner Charlie Zelle, who issued an official apology on behalf of the State of Minnesota last summer.

Anderson has a lot of ideas for bringing people to the plaza — from church choir practices and food trucks to already agreed-upon deal with HealthPartners to have displays and demonstrations on healthy lifestyles, disease management and health careers. But he gets especially excited when talking about the possibility of a lid being constructed over I-94 in front of the plaza, a project that would stitch Rondo back together and create new land for housing, commercial space and parks. MnDOT has agreed to consider the covering as part of its preparations for a major rebuild of the freeway. 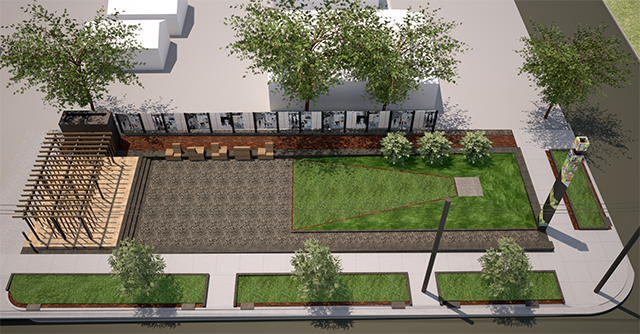 rondoplaza.org
A aerial view of the proposed Rondo Commemorative Plaza.

After spending so much of his life on community projects — Rondo Days, the plaza and the lid project — Anderson said he is now trying to find someone who can carry on that work. “The succession is the only thing that I’m kind of concerned about, because I need to start planning that now,” he said. “That’s it, that’s my goal. I want somebody to read this and say, ‘Maybe I can be that person.”

“Life is what happens when you make plans,” he said. “But if all goes according to plans, by 2020 I will be an emeritus, a bench will be named after me and after 50 years of community work, I think I’ll be done, A good note to go out on.”