They were arguing about paid leave. But it almost seemed like they were talking about something else.

While the court case that was heard before the Minnesota Court of Appeals earlier this month was all about challenging the City of Minneapolis’ sick and safe leave ordinance, it could also be seen as a dress rehearsal for an even bigger issue, as many of the legal concepts in play could reappear in any challenge to the recently approved citywide minimum wage law.

Depending on where the Court of Appeals — and the state Supreme Court in a likely appeal — go in their rulings, the case will provide a road map for how a challenge to the minimum wage law might fare.

Should Minneapolis win, it will bode well for city officials worried about fending off a legal challenge to its new wage rule. But should the court side with any of the issues raised against the paid leave law, the much-argued and much-celebrated Minneapolis minimum wage ordinance could be in peril.

“We’re focused on this case right now, but several of the arguments here would apply equally to the minimum wage,” said Christopher Larus, one of the attorneys suing Minneapolis on behalf of the Minnesota Chamber of Commerce over the paid leave ordinance.

Minneapolis City Attorney Susan Segal agrees: “If there is a lawsuit challenging the minimum wage ordinance, we expect to see some of the same arguments raised by the plaintiffs in the sick and safe leave ordinance lawsuit,” she said.

The case against sick and safe leave

Under Minneapolis’ sick and safe leave ordinance, employees in businesses with six or more workers accumulate one hour of sick leave for every 30 hours worked, topping out at 48 hours each year, with the ability to rollover up to 80 hours of unused leave from one year to the next. Leave can be taken when the worker or a family member is sick; for physical and mental illnesses or injuries; and for medical appointments. An employer does not have to be based in Minneapolis to be subject to the ordinance, nor does the law only cover workers who have a regular workplace in the city.

The plaintiffs in the case that’s now before the appeals court, the Minnesota Chamber, argue that the city lacks the authority to regulate the terms and conditions of employment in the private sector. Legislating issues like pay and benefits is the job of the state of Minnesota, the case claims, not its cities.

At the district court level, Hennepin County Judge Mel Dickstein issued a split decision on the suit. Though Dickstein found nothing in state law that would pre-empt the cities from enacting mandatory paid leave ordinances, he also ruled that the chamber was likely to prevail in claiming the ordinance could not be applied to employers who are not physically located within the city limits of Minneapolis. 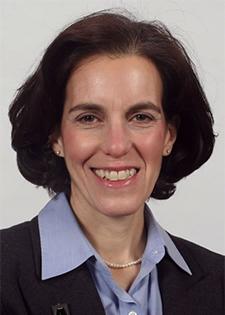 But both parties had a beef with the decision. In the hearing before the Court of Appeals, Larus argued that Dickstein erred in failing to see that state law effectively pre-empts local ordinances. Even if there is no specific language in state law preventing local action on issues like sick leave, Larus acknowledged, the volume of state law governing how leave must be applied shows that the state has occupied the field; that it’s left no room for additional regulation at the local level.

“This case arises from an unprecedented attempt by the City of Minneapolis to expand its municipal regulatory authority and subvert the Minnesota Legislature’s statewide regulation of employer-provided benefits,” Larus said. “The city ordinance seeks to impose additional requirements. That fact — the  imposition of additional requirements — is what constitutes the conflict when the Legislature has spoken.”

In other words: Had the Legislature wished to require employers to provide sick and safe leave, it could have. That it hasn’t done so means it can’t be imposed at lower levels of government, Larus said.

Segal, however, argued that because Minneapolis has a charter that was created under the state law governing home rule cities, it has broad powers — equal to that possessed by the Legislature. “If you follow plaintiff’s reasoning, home rule cities would require an express authority from the Legislature in order to enact ordinances, and that is the opposite of what the law is, both the case law and state statute,” Segal said.

The city’s sick leave ordinance also passes the tests set up in previous court decisions to determine when local ordinances are preempted by or are in conflict with state laws, she said.

A stronger case against minimum wage?

One argument that has come up more recently is that if legislative Republicans believed local governments were already prevented from passing pay and benefit ordinances — be it paid leave or minimum wage — why did they feel the need to pass an explicit ban against cities doing so during the 2017 legislative session?

And, in vetoing that bill, didn’t Gov. Mark Dayton provide fuel to the argument that no such pre-emption exists?

During arguments before the appeals court on the leave case, Segal said she wished that was the case. “If only it were that simple I could point out that a pre-emption bill was vetoed by the governor…” she said. “I wish it were that simple, but you would have to look at the statutes and make a decision.”

The state laws governing sick leave only come into play if an employer decides to offer the benefit. If so, it must do so under state rules. For example, if an employer provides paid leave, it must allow a worker to use it to care for delineated family members.

That’s where any case against the minimum wage law is likely to differ from the paid leave suit. In the case of the minimum wage, the state has created a mandate that all employers must follow. And while the city argues that its minimum wage law — which will gradually raise the citywide minimum wage to $15 an hour — is complementary to state law, the state’s interest in the issue means that anyone challenging the city’s wage might be able to make an even stronger argument against it than the chamber has made against paid leave.

“I think it is clear that the state of Minnesota has sought to hold the field on leave,” said Cam Winton, the director of energy and labor-management policy for the Minnesota Chamber of Commerce (and an attorney), who also said no decisions have been made on whether the chamber will challenge the city’s minimum wage ordinance. “I think it is extra, super clear that they’ve sought to hold the field on minimum wage. There is one minimum wage in the state of Minnesota and it is set out in state statute.”

In its brief on the paid leave suit, however, the city offered reasoning that addresses that issue, too — an argument that would almost assuredly reappear in any defense of the minimum wage ordinance. “The Legislature has never stated a policy that employees should be free from local regulation,” the city argued. “When the Legislature has spoken, it has GRANTED employees certain minimum protections, not taken them away. The implied purpose of these various provisions is to add to workers’ general well-being, not to provide additional freedoms for employers.”

The Court of Appeals has 90 days to issue a ruling in the paid leave suit. Winton said the chamber will appeal any adverse decision to the state Supreme Court.