If you look at the electoral map of Minnesota in 2016, it’s possible to conclude that the DFL no longer is a statewide party.

One little exercise brings that point home: If you subtract all the votes cast in Hennepin and Ramsey Counties in the 2016 election, Donald Trump would have easily carried Minnesota, with 58 percent of the vote.

As it was, Hillary Clinton defeated Trump, with 46.1 percent of the statewide vote. But she carried just nine of the state’s 87 counties. And not only did Trump crush Clinton in Greater Minnesota, but Republicans won control of both houses of the Legislature.

Republicans in Minnesota face plenty of their own problems when it comes to navigating the Trump era heading into the legislative and gubernatorial races of 2018. But Democrats also know that Trump’s triumph was a wake-up call, since it wasn’t just about his popularity — or Clinton’s lack of it — in Greater Minnesota. It was also about their own (in)ability to connect with voters outside the Twin Cities.

“I think progressives have ignored rural people and people of color,” in 2016, said Dan McGrath, executive director of the progressive organization Take Action Minnesota. “But I also think there’s a lot of awakening going on.”

“Too often progressives give the impression that we know best. … I admit, sometimes at night I wrap myself in a blanket of self-righteousness.”

To be clear, Take Action Minnesota is not the DFL, and it doesn’t speak for all Democrats. “But in a two-party system, we work with DFL candidates and try to pull the party left,” said McGrath.

Indeed, in many ways, Take Action represents the politics of our times. Left and right, more and more people are driven by causes, not party.

It’s an issue DFL officials have long discussed, even as they acknowledge how difficult it is to solve. Parties that once claimed to be big tents have come to be defined by a narrower range of views. It was once easy to find pro-choice Republican activists, for instance, or pro-life Democrats. No more.

“It’s a problem in both parties,” said Nancy Larson, a longtime DFL activist who has been working for years to keep the state DFL connected with people in Greater Minnesota. “All of those people in the middle have been left out. You really see it in rural people. They feel left out. There are people in the DFL who let you know that if you don’t think a certain way, if you don’t toe the line, you’re not a Democrat.” 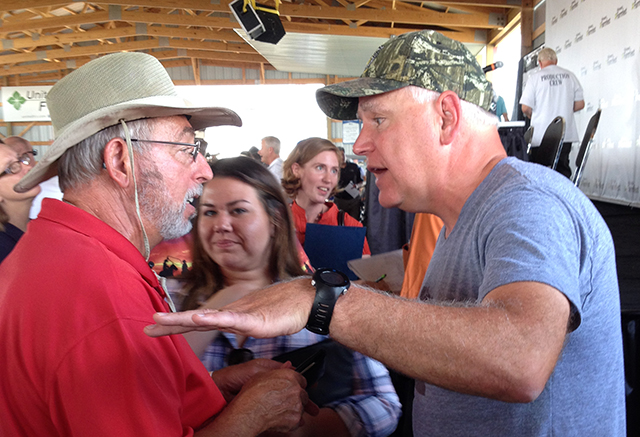 In the name of inclusiveness, Larson says, the left wing of the DFL has become “rigid,” so much so that some of the DFL’s fixations have become something of a joke in large swaths of Greater Minnesota.

Try Asian carp. These are the variety of species of carp that were imported in the 1970s from, well, Asia, and are invading U.S. waterways, causing all sorts of damage. “We’re not supposed to say ‘Asian carp,’ ” said Larson, laughing. “They’re ‘invasive carp.’ It’s in state statute.”

That’s not hyperbole. In 2014, the Minnesota Legislature, under DFL control at the time, passed a statute requiring that the commissioner of the DNR “use the term invasive carp or refer to the specific species in any proposed laws, rules or official documents when referring to carp species that are not naturalized to the waters of this state.”

This legislation was needed because, DFLers said, referring to the carp from Asia as Asian carp was perceived an attack on Asian-Americans.

Of course, there are bigger issues that have increasingly left many in Greater Minnesota feel unwanted in the 21st century DFL. Attitudes — and policy decisions — about mining and farming, for example, often separate people who once called themselves DFLers from today’s party.

And then came Trump. “He seemed refreshing to people who were being tired of being told what to say, what to think, what to do,” said Larson.

‘If you can’t capture the heart, it means nothing’

It’s an open question whether Trump will remain “refreshing” in Greater Minnesota by 2018, of course. But it’s also unclear how or if DFLers can reconnect with those outside the Twin Cities metro.

Both Larson and McGrath believe “messaging” is a fundamental failing of the modern DFL, a problem exacerbated in 2016 by Clinton’s shortcomings as chief messenger. “Democrats don’t know how to message,” said Larson. “They haven’t been able to do their messages in a personal sense.”

And yet, there are fundamental issues that still unite many DFLers — health care, education and wages, among others — if they can get on the same page. “The party still does have blue collar values,” said Larson. “But if you can’t capture the heart, it means nothing.”

By contrast, the GOP has done a good job of being highly disciplined about its own messaging, says McGrath. One of the reasons the GOP has become the party of Greater Minnesota is by using the metro-rural split as a wedge issue, with campaign materials that constantly harp on the “fact” that the metro areas, especially Minneapolis, receive far more public benefits than those “underserved” people in Greater Minnesota. 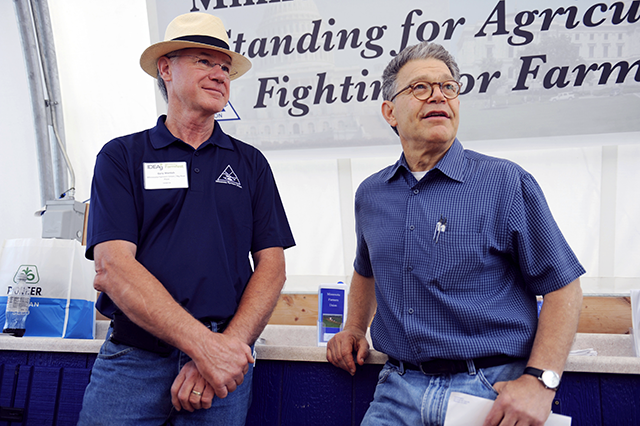 A 10-year-old study by the nonprofit Growth and Justice was even more startling. When all forms of federal, state and local government payments were figured — including everything from farm subsidies to Social Security payments — public money amounted to 20 percent of the personal income of rural Minnesotans, as opposed to 12 percent for Minnesotans living in metro areas.

Despite such stats, both McGrath and Larson agree that when many people in Greater Minnesota think of the DFL, they think of Asian carp and of know-it-all environmentalists, not working people with sweat-stained shirts.

In other words, crossing the divide won’t be easy, especially since the DFL could very easily retain the governor’s office by continuing to dominate in the places it already does so — by winning the same nine counties that Clinton won.

But regaining control of the Legislature is another matter, one that may require someone, or some thing, to reorient the relationship between metro progressives and former DFLers in rural Minnesota. Or a lot of therapy.

Can the DFL reconnect with rural Minnesotans?