Those who serve in Congress, whether Republican or Democrat, old or young, eastern or western, tend to come to Washington with similar experience: many hold law degrees or have business experience; over half of the lawmakers currently serving have held some political office before, according to CQ Roll Call’s survey of the members of the 115th Congress.

Dozens of doctors, engineers, bankers, and farmers populate the Capitol, too. But in one more obscure category, Minnesota’s congressional delegation punches far above its weight: it’s got a lot of former talk radio hosts.

In total, seven members of Congress have worked in talk radio at one point or another, per CQ’s survey. Two of Minnesota’s three Republican congressmen have: freshman Rep. Jason Lewis made a career out of talk radio, spending over two decades on the airwaves, while Rep. Tom Emmer co-hosted a morning show for a few years after he lost his 2010 bid for the governorship. Though DFL Sen. Al Franken is best known for his tenure on Saturday Night Live as a writer and performer, he hosted a progressive talk radio show for three years during the George W. Bush era.

For decades, talk radio has been a politically important medium, but it holds a special place in the world of conservative politics. Conservatives turn to talk radio in huge numbers for an antidote to what they see as liberal bias in the mainstream media; with millions of listeners tuning in every day, hosts like Rush Limbaugh act as kingmakers in GOP politics.

Lewis and Emmer gladly played roles as bomb-throwers and provocateurs in their years on the radio, aiming to entertain as well pontificate, as they needled Barack Obama and establishment figures on both sides.

Now in office, they are both part of that establishment, like it or not, and must occasionally do what they never had to do on air: bite their tongues.

Though the halls of Congress are far more populated by J.D.s than by D.J.s, the phenomenon of opinionated talkers — particularly conservative ones — running for office is not a new one.

Modern conservative talk radio took off in the late 1980s and early 1990s, when the Federal Communications Commission voted to end enforcement of the so-called Fairness Doctrine, which required radio stations to offer political views from across the political spectrum.

The explosion of conservative talk radio shows produced a bumper crop of hosts-turned- candidates in the 1994 midterm elections, in which a resurgent GOP, led by Newt Gingrich, captured control of Congress.

Matthew Gertz, a senior fellow at Media Matters for America, a liberal group that monitors conservative media, says Limbaugh — already a huge force in media by then — played an important role in that.

“It was an era in which there were lots of mini-Rushes, talk radio hosts all over the country who were picking up on his success and trying to imitate it, and taking his conservative message and bringing it to their local audiences,” he says. “As that group of radio hosts rose, some of them started wanting to go into politics, a bunch of them in ’94.” 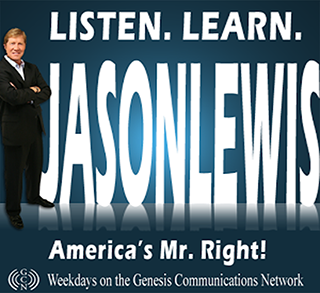 “Fast on their feet and up on the news, the hosts generally make articulate, opinionated candidates in touch with their constituents,” said the Times. “Perhaps most valuable of all, they start out with high name recognition, a huge advantage in politics.”

Lewis’ road began in Denver, where he got his radio start; in 1994, he came to Minnesota, where he’d be on the airwaves for the next 20 years, minus a brief stint at a station in Charlotte, North Carolina. His program, the Jason Lewis Show, would ultimately become nationally syndicated, and Lewis occasionally filled in for Limbaugh himself.

Dubbing himself America’s “Mr. Right,” Lewis cultivated a radio persona that was stridently ideological and combative: former U.S. Senator Arlen Specter once appeared as a guest on Lewis’ show to promote his book, and became so irate with Lewis that he hung up in the middle of the interview. But it wasn’t all fireworks: the libertarian-minded conservative, tasked with filling a three-hour show every day, frequently dug deep into policy and philosophy, giving off a professorial vibe to listeners. (Lewis, a noted Beatles fan, used the band’s music to lead in and out of his segments on Fridays.)

While talk radio was a genuine career for Lewis, it was more of an opportunity for Emmer, who found his way to the airwaves after being defeated in the 2010 gubernatorial race by Mark Dayton.

Andrew Lee, a longtime talk radio producer who co-hosts the Justice & Drew morning show on the Twin Cities’ KTLK, recalls watching Emmer during the campaign’s debates and being impressed by his charisma and communication skills. Win or lose, Lee thought Emmer would be a great fit for a regular radio program.

After Emmer’s loss, Lee hired him to co-host a morning show alongside Bob Davis, who would later become nationally notorious for saying he’d tell the families of Sandy Hook victims to “go to hell.”

Emmer and Davis’ show was very political, listeners recall, and focused on Minnesota politics and cultural issues from a very conservative perspective. As Talking Points Memo reported in a profile of Emmer in 2013, though, it was not immune to morning-show silliness: their program featured “musical parodies of pop hits like a version of Katy Perry’s ‘Last Friday Night’ that mocked Occupy Wall Street.”

Lee recalled Emmer demonstrating a natural fluidity with the talk radio medium. “It’s rare to find,” he said. “To come into the studio, to be as comfortable and speak naturally and organically, the way Tom did. A lot of people are intimidated by the mic.”

Lewis and Emmer both hung up their mics before filing to run for Congress. (Lewis did so rather dramatically, in 2014, when he quit for good in the middle of a show.)

Their campaigns illustrate how talk radio experience can cut both ways in a political career. For his 2016 run, Lewis’ years of broadcasting in Minnesota brought him a name identification that none of his rivals in the GOP primary could match; Emmer got a chance to maintain a relationship with voters who supported his governor bid. Thanks to call-ins from listeners, both would-be congressmen grew well-acquainted with the issues animating the conservative base.

“When you do talk radio you get a really, really strong sense of what’s resonating with people,” Lee says. “I’ve been doing talk for 20 years, and I’m still surprised at what resonates, what gets the reaction from the callers.”

Though Emmer could be a firebrand on the air — he once said Democrats hated rich people unless they bankrolled their campaigns — he was generally cautious on the air, and his radio years hardly impeded his bid to succeed Michele Bachmann in the conservative 6th Congressional District. (Emmer was not available to comment for this story.)

For Lewis, running in the more moderate 2nd District, his history of controversial rhetoric was a significant element of the campaign. His opponents made hay with a segment in which Lewis called young, single women “non-thinking”; in another, he suggested that the victims of Hurricane Katrina were “whiners.” He also spent a lot of time explaining his views on slavery and secession, which were mainly outlined in a book he wrote. 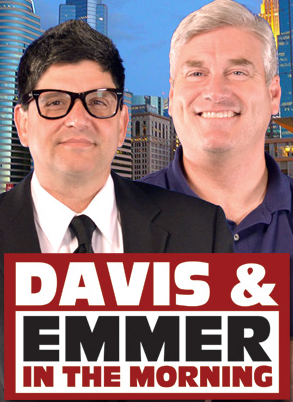 Voters heard from Democrats about Lewis’ comments right up until election day, but the election’s boldest broadside against him came from a fellow Republican: John Howe, a former state senator who ran for the CD2 endorsement, released a video featuring Lewis’ comments comparing slavery to same-sex marriage as photos of shackles and African slaves appeared.

In an interview with MinnPost, Lewis quipped that one of the advantages he had as a candidate was 25 years of talk radio experience. “What are the liabilities? 25 years on talk radio.”

“Most people understood I had a role to be provocative and lay out the issues,” Lewis said, adding that he’d take liberal sides or play devil’s advocate to help get a show’s energy going. “That was my job,” he said.

Jack Tomczak, a Twin Cities talk personality who currently co-hosts the Up and at ‘Em morning talk podcast, offered a radio business maxim: “if people like you or hate you, it doesn’t matter, as long as they’re listening.”

“As a candidate or congressperson, you don’t want people to hate you,” he laughs. “They’ll vote against you.”

‘You’ve got to be more pragmatic’

Despite his incendiary comments, not enough people seemed to hate Lewis in 2016, as he pulled off a narrow win over Democrat Angie Craig.

After spending years blasting the Washington establishment and sell-out politicians, both Lewis and Emmer find themselves enmeshed in that establishment, as voting members of Congress, and members of a party that controls the presidency, the House, and the Senate.

And instead of answering to a deeply conservative audience, they are now tasked with representing entire districts, home to complicated constituencies and interests — not to mention tens of thousands of people who voted against them.

It’s not shocking, then, that the pair of one-time radio firebrands have toned down and moderated that rhetoric to suit the responsibilities of a member of Congress.

“It’s easy to be a commentator and throw darts at people,” Lewis says. “But when you’re trying to legislate and get people to agree with you and get people on board an agenda, you’ve got to be more pragmatic.”

Owing to his background, Lewis said he’s perhaps had a lower bar to clear than other freshman members in the pragmatism category.“I think some people expected me to arrive in D.C. with horns on my head,” he joked.

He recalled telling visitors and constituents that in his first term, he’s helped pass legislation alongside Democrats — to their surprise. “It’s worked in my benefit,” he explains.

Now into his second term in D.C., Emmer has also faced some heat from conservative activists who argue he has become too moderate. But KTLK’s Lee says neither of them has changed much from when they last went on the air.

“The way they present and discuss issues has to be different. You have a specific job as a talk radio host… to get people to tune in and stay tuned in,” he said. “By the nature of the job, you have to present things in a more provocative way.”

“Now, your job is to find areas of compromise, to find areas to advance your agenda, working with other politicians and constituents that don’t necessarily agree with you.”

But both Lewis and Emmer have found it hard to stay away from the mic: Emmer appears nearly every week on Lee’s show, and Lewis makes the occasional appearance, too.

“From a purely political standpoint, I think it’s smart and beneficial to keep that presence, with people in the district,” Lee says of Emmer’s regular appearances. But he’s quick to add something else about talk radio: the people who do it tend to really like it.

Does Lewis ever wish he could hop back on the air and dish it out like he once did? “I gotta be honest,” he sighs, “sure, I do.”

But the congressman was quick to say the prospect of advancing his political agenda keeps him from missing the radio for long.

“For 25 years, I talked about this stuff, now I’m trying to do it. That’s really my goal right now, move the legislative needle to more freedom, more prosperity, more limited government. If I can take a vote or two doing that, that’s more satisfying than being a commentator.”