An obscure City Hall leadership group held center stage this week with the announcement that the Executive Committee had endorsed Mayor Betsy Hodges’ appointment of Medaria Arradondo as the Minneapolis’ next police chief and forwarded his appointment on to the full City Council.

The five-member Executive Committee, a permanent fixture in city government, consists of the mayor and the council president, plus three additional council members who are chosen by the council. The charter specifies that one of them will represent the minority if there is a minority party represented on the council.

The low-profile committee is intended to consolidate policymaking in City Hall and overcome the unclear lines of authority resulting from what used to be described as Minneapolis’ weak mayor form of government. Glidden says the Executive Committee has been a positive force in city government decision-making by prompting the mayor to reach out to council members and engage them in the appointments process prior to formally submitting her nominees for council confirmation.

“The process has enabled us to avoid  potentially contentious confirmation battles in the full City Council,” Glidden said.  “I know we would have a hard time attracting qualified candidates for key city positions if those candidates knew they had to subject themselves to  knock-down, drag-out fights on the council floor even before they were hired.” Glidden is giving up her council seat at the end of her current term.

The leadership group was formalized in the City Charter at the instigation of Don Fraser, who served as mayor for four terms in the 1980s and early ’90s.

When Fraser took office in January 1980, Minneapolis had struggled with the politics of structural reform for most of its century-long history as a municipality. As early as 1900, a group of civic leaders  put together an ambitious plan to overhaul  city government and create a strong mayor system for the city. But the 1900 plan was defeated in a civic referendum. Minneapolis civic reformers continued to propose new governmental reorganization plans over the next 15 years, but each time those plans were rebuffed by the voters.

Finally, in 1920, Minneapolis voters did approve a new charter, but it merely codified the existing fragmented governmental system that gave the mayor authority to appoint the police chief but vested appointment powers for most other city department heads in the  City Council. 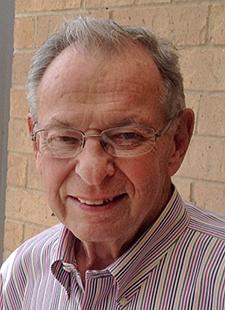 The 1920 charter had been tweaked over the years, but it still provided the basic framework for city government during Fraser’s first term as mayor. A former congressman who had lost his bid for a U.S. Senate seat in 1979, Fraser was viewed initially as an interloper by veteran City Council leaders, including then Council President Alice Rainville, the mother of the council’s current leader, Barb Johnson. Early on, Fraser realized that he needed to work out a power-sharing arrangement with Rainville if he had any hope of moving forward his agenda as mayor. Together Fraser and Rainville created the Executive Committee as an informal arrangement that allowed them to work together on many but not all key city policy issues.

Now, in 2017, Mayor Hodges has used the authority of the 1989 charter amendment to move her appointment of Medaria Arradondo as the new police chief. Arradondo’s  appointment has encountered a pushback from some advocacy  groups that are looking for an outsider to head the troubled MPD, but his appointment received unanimous approval from the five-member Executive Committee. By bringing together the mayor and the council leaders, the committee helped pave the way for an important City Hall action intended to help restore confidence in a badly shaken Minneapolis Police Department.

Iric Nathanson, who served on Don Fraser’s staff in Congress prior to Fraser’s mayoral terms, is currently writing a biography of Fraser.