It may not be obvious, but the 2018 race for governor of Minnesota is already being waged across the state of Minnesota — one sweltering picnic at a time.

On Sunday, about two dozen DFL activists gathered at Meadows Park in Rosemount, where they shared potluck dishes and some talk with a steady stream of statewide candidates. By the time St. Paul Rep. Erin Murphy got to the park, three other candidates for governor or their surrogates had already made their pitch. It was Murphy’s third DFL Party picnic of the day, and she had one more stop to go.

“There are some people who are saying since we lost the last election we should be cautious,” Murphy told the crowd. “This is no time for caution. This is the time to fight.”

It’s a pretty standard weekend for Murphy and the other 16 candidates in the open race for Minnesota governor in 2018. Even though the general election is more than a year away, candidates are crisscrossing the state this summer to make their pitches to voters, trying to reach parts of the state where they are less well-known. They’re also starting to raise money, which they will need to combat the millions spent by outside spending groups not officially affiliated with any candidates. Others are fine-tuning their campaign pitch, using this time to perfect their message and separate themselves from a growing field of candidates.

“I think there are a least a couple of us who are taking great advantage of that, who have been really active and aggressive,” said Jeff Johnson, a Republican candidate for governor who also challenged Gov. Mark Dayton in 2014. “That gives us an advantage over people who are still waiting to decide if they’re running or not.”

“It is a year out, but it’s less than a year from the convention and a year from the primary,” said U.S. Rep. Tim Walz, a DFLer running for governor who had put at least 800 miles on his vehicle over the previous few days alone. “We viewed this August as critical and approached it as that. For us, it’s minimum 16 hours a day.”

Looking for delegates (and money)

Most voters might not notice all the activity. That’s because candidates aren’t appealing to most voters — they’re targeting specific groups of highly-active members in the Republican and Democratic parties.

The first big test for gubernatorial candidates comes early next year at endorsing conventions, where activists will pick who gets the parties’ backing in the primary election. Delegates to the endorsing conventions aren’t picked until next spring, so this summer, candidates are trying to connect with as many of them as possible.

One of those candidates, Johnson, ran for governor against Gov. Mark Dayton in 2014 and is running again this year, so he has data and Republican voter lists handy from the last campaign. A Hennepin County Commissioner by day, Johnson spends a few hours every morning calling activists and usually a few hours after work as well. By the time of the convention, Johnson expects he will have called about 10,000 Republican activists. “Some of the endorsement work is behind the scenes, while other things, like picnics and Reagan dinners and things like that, are a little more public,” Johnson said. “Overall, a lot of what we do isn’t as visible at this point.” 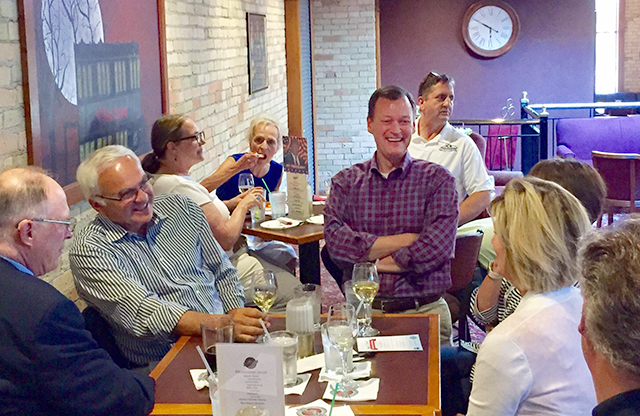 Behind the scenes, candidates are also dialing for dollars. In the wake of the U.S. Supreme Court’s ruling on Citizens United in 2010, a flood of cash has poured into elections, from U.S. Senate and Congressional all the way down to control of statehouses. With the governor’s seat open next fall, both sides are anticipating plenty of interest from outside groups — organizations unaffilated with specific candidates that can spend unlimited money on political advertising — putting more pressure on candidates themselves to raise more and more money. A strong fundraising showing also helps give legitimacy to fledgling campaigns. 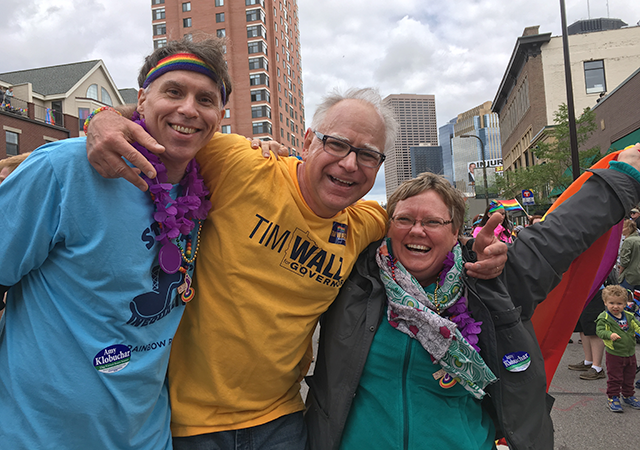 “It’s part of a candidate’s responsibility, especially at the federal level,” said Walz, who has won in the 1st Congressional District six times. “As it stands right now, if you don’t have the resources to get your message out that’s just malpractice. This race is that important, and  that is one of the responsibilities that the candidate has.”

What’s at stake in the 2018 election isn’t lost on the activist crowd. Dayton, a Democrat, has been in the governor’s office for the last eight years, and has twice been up against an all-Republican controlled Legislature. For Democrats, they want to prevent complete GOP control of government. For Republicans, it might be their best shot at the office for another four to eight years.

“The activists are very pragmatic,” Walz said. “The want to know how are you going to do it. They ask what is your campaign is going to look like, they are engaged and they are very detail-oriented. They want to get this right.”

Matt Dean, a seven-term Republican state representative, used to run campaigns across Minnesota for the House GOP caucus. It’s been a few years since he’s barnstormed the state, though, so he’s using the summer to brush off his campaigning skills.

At one recent event, a woman asked Dean if he is pro-life. Drawing on his background as chair of the House Health and Human Services committee and a policy wonk, Dean started talking about abortion policies. “She was kind of frustrated with me because she just wanted to know if I was pro-life or not, and I thought it was obvious that I was,” Dean said. “In the Legislature, people know who I am, they know where I’m headed. Out on the campaign trail that doesn’t necessarily translate into Elbow Lake, Minnesota and McGregor, Minnesota. The good news is, it’s not complicated, but it’s also not easy. A statewide campaign is a lot of hard work in 87 counties trying to meet as many people as you can.”

Candidates are also trying to get a sense of what voters want in their next governor. DFL gubernatorial candidate and St. Paul Mayor Chris Coleman has been doing that, traveling far beyond his Twin Cities home base and attending more than 50 meet an greets and events in cities like Warroad, Ely and Rochester. After announcing her campaign for governor, DFL State Auditor Rebecca Otto went on a 36-city listening tour across the state to get a sense of what people are worried about. She’s also tried to engage with new political groups, including chapters of the anti-Donald Trump Indivisible popping up across Minnesota. 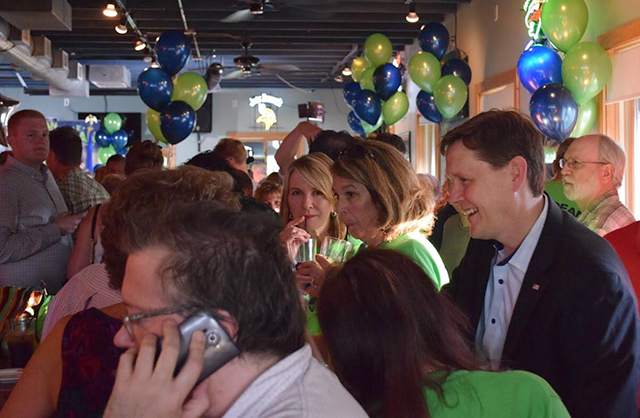 “They really want accountability and transparency and accessibility from people serving in government, they want people to come in front of them and answer questions and take positions,” Otto said. “They know that I’m accessible and that I’m not afraid to come in front of them. They might not have always been engaged involved in politics in the past and they want to be engaged in the next cycle.”

Candidates also want to set themselves apart from the crowded field early on, especially from candidates within their own party, who likely hold a lot of the same positions on the issues. Murphy, who has her pitch down to a tight 10 minutes, starts by talking about her childhood growing up in a big Irish Catholic family in Wisconsin. “I stayed inside with the adults instead of running outside with the other kids,” Murphy told the DFL picnic crowd Sunday. “I grew up in that family that talked about politics with reverence but also with conflict and disagreement and they found their way together.”

She goes on to talk about her time as a nurse and caring for her mother who had cancer, an experience that eventually led her to run for her St. Paul House seat. She was the first candidate to jump into the governor’s race last fall.