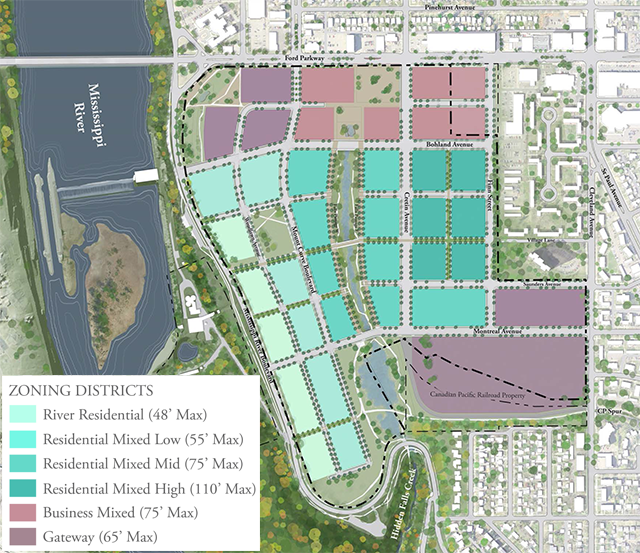 Though what to do with the former home of the Ford assembly plant in St. Paul has been an issue — at least in the city’s Ward 3 — for most of a decade, the debate has existed only on the edges of the city’s 2017 mayoral campaign. Because it was just a proposal from the city’s planning staff, even if an increasingly controversial one, candidates could remain somewhat vague in their comments.

No more. After the St. Paul Planning Commission approved zoning code changes and the public realm plan for the site — and just as the City Council was heading into the first of two public hearings on those plans — it became a rare issue in the open mayoral election. That is, one that cleanly separated the candidates from each other.

Thao comes out against, Carter for

The sorting process began when mayoral candidate Dai Thao, who’s also the council member from Ward 1, went all-in with opponents of the current Ford site plan, releasing a statement and a video stating his objections.

“Currently, the Ford site plans are being bulldozed through and community voices are being drowned out,” Thao said. “We cannot count success in the planning if we only count the number of meetings we’ve had. That is why I do not support the Ford site as it currently stands.” 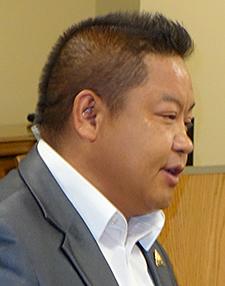 Thao’s comment referred to complaints by opponents of the Ford site plan, organized as Neighbors for a Livable St. Paul. Those opponents, most of whom live next to the Ford site in Highland Village, say that while the city has held dozens of public meetings over the years about the project, the plan produced by the city’s planning staff and planning commission didn’t take into consideration concerns over the number of residents, the height of the buildings and the traffic it all might generate.

Within 24 hours of Thao’s statement, one of the other major candidates for mayor took the opposite stance. “Our city faces a critical choice between making decisions based on preserving status quo and supporting a bold vision to build St. Paul for the future,” said Melvin Carter III.

He went on to the say the plan, which might eventually include 4,000 housing units and 1,500 jobs in a collection of mid- to low-rise buildings, could help eliminate economic inequities as well as boost city tax collections. “Redeveloping the Ford site is a critical chance to advance all of these goals,” Carter said. “I encourage the City Council to pass this plan and I look forward to leading this work as mayor of St. Paul.” 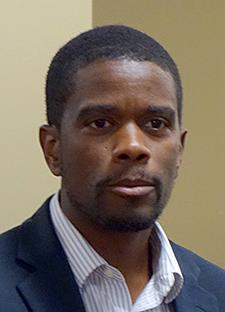 Carter’s statement drew praise from another neighborhood group — Sustain Ward 3  — that was formed to rival Neighbors for a Livable St. Paul and to promote the city’s plan.

Another major candidate was then forced to reiterate his position. Pat Harris once represented Ward 3 on the council and was present at the creation of the Ford task force and planning process. He often speaks of the 135-acre site as a once-in-a-generation opportunity for the city.

But while he has been in support of a multifamily, mixed-use neighborhood at Ford, he says the city should not proceed with the current zoning plan, which he termed “not balanced” and “not integrated” into the existing neighborhoods. But his larger point was strategic: He thinks the zoning plan would work to the advantage of any future developer. While Ford owns the property and is cleaning it up to residential standards, the company has said it hopes to turn it over to a master developer to complete the redevelopment. While the city would pay for extending the road grid from surrounding neighborhoods and install other infrastructure, the development itself would be private. 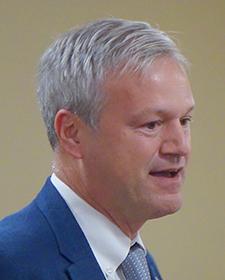 “Our ace is zoning,” Harris said. “And I believe we are playing that card too early, thus giving Ford and unnamed developers greater leverage than necessary.”

Harris’ theory is that the city could trade zoning provisions for other concessions, such as more open space or more affordable housing. But the council member who followed Harris in Ward 3 and has been the lead on the Ford project takes the opposite position. At a town hall meeting last month, Chris Tolbert said the city is in a stronger position having zoning and public realm plans locked in before a developer is chosen to prevent a developer from seeking concessions in order to build.

“We want to be in the driver’s seat,” he said. “We want to set the framework for them to work within, not to be reactionary.”

Goldstein: Slow it down

Another candidate, Tom Goldstein, has long been a critic of the city plan and was among those who testified to the City Council against adopting the plan on Wednesday.

“Leadership is about achieving consensus and solving problems,” Goldstein said. “The fact that we have so much acrimony over this, over parking meters, over bike lanes is easy to dismiss as one side doesn’t want change and the other side has the moral authority for what we should do. I think it’s an example of not enough commitment to the process. When the city saw the level of acrimony that we had, the city should have employed mediators and brought people together.” 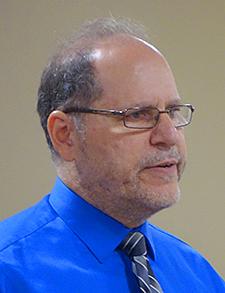 He also thought the city should slow down. “There’s no letter from Ford in front of you saying that if you don’t make a decision today or the 27th, that this will go away,” Goldstein said. “There’s no signed development agreement.”

But his positioning — as the candidate opposing of the current Ford plan — was usurped by Thao, whose statement this week is a change from earlier statements. In June, Thao responded to a questionnaire from Sustain Ward 3, which supports the city’s current approach to the site’s redevelopment, by stating that he backed the project.

“I support the city’s current zoning plans but would like to see more green spaces incorporated throughout the plans and ensure that there are opportunities for green and technology jobs there,” Thao wrote. Elsewhere in the questionnaire responses, Thao again called for more green space.

In her response to that same questionnaire, Green Party-endorsed candidate Elizabeth Dickinson generally supported the plan but asked for more specifics on energy efficiency and renewable energy in the buildings. “What if we asked for carbon neutral development and LEED certifications?” she asked. 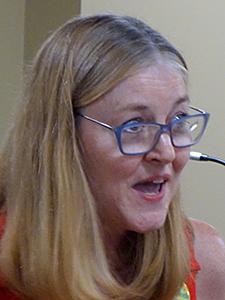 Dickinson also worried that developers would meet city parkland dedication rules by paying fees rather than setting aside land.

The plan requires that any developer dedicate at least 9 percent of land for parks or pay a fee that would be used for the same purpose elsewhere, as does city code. The plan’s stormwater feature, which would direct water to Hidden Falls at the Mississippi River, would take up another 8 percent of the site plan, and trails would make up 4 percent more. An amendment proposed by Tolbert, adopted earlier this month, lowers the maximum height for buildings in two of the six zoning areas, from 110 feet to 75 feet. But developers could buy back that 110-foot height by setting aside even more green space around buildings.

City responds to critique of process

For all the debate the project has generated in Ward 3, the Ford plan hasn’t seemed to generate much passion elsewhere in the city. Council Member Rebecca Noecker, whose Ward 2 covers downtown, Summit Hill and the West Side, was not swayed by opposition and came out in favor of the plan as presented after Wednesday’s hearing.

“I believe the current plan balances built-up areas and open space, respects the river and, most importantly, will bring the necessary level of density, in a well-planned manner, to our most important opportunity site in the city,” Noecker said in a prepared statement.

Council President Russ Stark voted against the Tolbert amendment because he likes the original proposal. And Tolbert also endorsed the plan once his amendment carried the council. Only one additional vote would be needed this week to adopt the plan, but Council Member Jane Prince came out in support of a delay and vastly reduced population counts.

Still, staff and politicians both are sensitive to criticisms. Claims of a lack of transparency and public process have been met with statistics: the 14 professional studies, the 39 meetings of the Ford Site Task Force, the dozens of community engagement meetings and the more than 80 presentations to different groups in the city (which doesn’t even count the 18 neighborhood focus group sessions).

On Wednesday, two of the powerpoint slides presented by city economic development head Jonathan Sage-Martinson were titled, “A Decade of Public Engagement” and, “A Decade of Studies.”

City planning staff has also begun emphasizing economic studies that indicate that if developers are prevented from building out the site to the 4,000-residential unit maximum, the amount of the city’s subsidy will increase. That is, if the city wants open space, a mixed-use development, and a unified stormwater system with exposed waterways — and it wants to reduce the subsidy for the development via sources such as city infrastructure spending and tax increment financing — it needs to make sure the site produces enough revenue to cover developer costs. 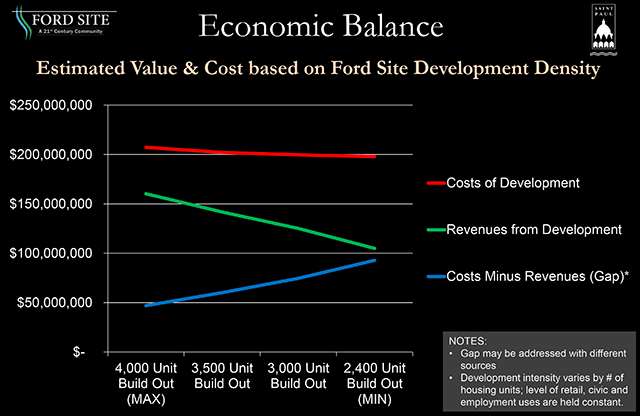 City planners also argue that more residents and employees on site makes it work better for mass transit and amenities such as retail and restaurants. The potential population has drawn fire, but many opponents say they want mixed use and multi-family.

The highest density at Ford would come in three zoning areas in the northwest segment of the site. Taken together, those areas make up 60 acres of the 135 acre site, or roughly the same size area as the North Loop of Minneapolis. In 2010, that neighborhood had 2,200 housing units and 4,300 people, but is going through a building spree of both apartments and commercial space.

Ford, which still owns the site, has endorsed the plan, which opens the city to criticism that the plan benefits a big corporation more than longtime residents of the neighborhood. Said Thao: “I don’t support profit-driven process pitting neighbors against neighbors where the community loses out and the developer walks away with massive profit on the backs of taxpayers.”

Once Ford hands it off to a master developer, that entity will have to submit a master development plan that must be accompanied by more studies, including a traffic impact study. The city would then have to design and build the infrastructure according to the public realm plan. Construction could begin by 2022 and it is estimated to require 20 years for the projected to be fully built-out, depending on the economy.

The future of the Ford site just became the clearest dividing line in the St. Paul mayor’s race