It’s hard to imagine Bernie Sanders playing disc golf or tossing a bocce ball or going for a swim in a Minneapolis park. Does the man even wear shorts? But no matter. Come Nov. 7, his influence on the park system is likely to be giant, thanks to a slate of DFL-endorsed candidates informed by his vision.

Now, no one would arrest you if you weren’t totally up to speed on the race for Minneapolis Park and Recreation Board commissioners. Park Board elections — for seats representing the city’s six park districts plus three at-large spots — are usually about as exciting as a Quickbooks webinar.

Not this time around. This time, there have been charges of racism, public shouting matches, a convention fistfight, two board resignations, endorsements, counter-endorsements and a scathing national magazine article.

Think House of Cards for tree-huggers.

With all nine seats on the board being contested, the stakes are high. But the truth is that the stakes are always high. The Park Board oversees a $110 million system, with commissioners responsible for 149 park properties, 102 miles of paths, 49 recreation centers, 22 lakes, 12 gardens and seven golf courses. And yes, the system is generally regarded as the best in the country, something Minneapolis residents are apt to remind you of about every 10 minutes.

Taking on the ‘disease of neoliberalism’

Things have been testy for a while. It was a year and a half ago when now mayoral candidate Nekima Levy-Pounds confronted the all-white parks board about equity issues and got into a shouting match with board president Liz Wielinski, who subsequently resigned the presidency (though she remained on the Parks Board). That was followed up by a lengthy article in Atlantic magazine titled “Racial Inequality in the Minneapolis Parks System.” Ouch. Then Donald Trump won, which raised everyone’s fever even higher.

That was when many young activists connected with Our Revolution, a local Bernie-inspired advocacy and endorsing group, thought the time was to go hard for systemic change — to put themselves up for election. 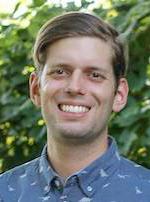 It didn’t take much to convince Devin Hogan to file. A 33-year-old small business consultant with a master’s degree in international development practice from the Humphrey School, Hogan is running for an at-large seat, and is fast-talking, hyper-smart and ambitious. And while it’s true that he sees a Park Board seat as a way of improving park administration, he also sees it as a way to end economic inequality and white supremacy.

“We are afflicted with the disease of neoliberalism,” he says cheerfully over coffee in northeast Minneapolis. “The Park Board conflates a lot of things and calls them public-private partnerships. But often they’re not, they’re just commercial leases. I want to help bring a different vision to the Park Board about how we approach things like privatization, racial equality and climate change. The type of things Bernie talked about.”

Hogan was one of seven candidates supported by Our Revolution who won the DFL party endorsement in July over several incumbents, a move that seemed to stun many in the party.

Coalition shakes up the race

Tom Nordyke wasn’t among the confounded. Nordyke is no newcomer to Park Board politics, or the Park Board. He was a commissioner from 2006 through 2009, and he wasn’t planning to run this year when he attended the DFL convention as an observer.

“I could have told you a week before the convention what was going to happen,” he said. “The candidates who worked with Our Revolution did a great job of organizing, starting with the caucuses. They mobilized their delegates and that’s how you do it. Good for them. It wasn’t a surprise to me.”

What was a surprise to him, and others, was that the candidates who emerged with DFL endorsements — including the eight Our Revolution candidates — were nearly all men. The only endorsed woman was incumbent Steffanie Musich in the fifth district, who wasn’t backed by Our Revolution.

After seeing the convention play out the way it did, which included a fistfight between supporters of two third district candidates, Nordyke decided to run himself for district 4. He thought he could bring a measure of calm leadership to a board that seems like it might need it. 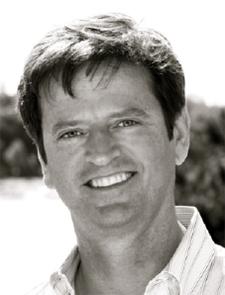 And then, later in the summer, he went a step further: Nordyke agreed to join a coalition with six other non-endorsed candidates to enhance all of their chances of prevailing. Announced on Facebook in early September, the coalition includes Nordyke, current Parks Commissioner Meg Forney (who chose not to drop out of the race despite pledging to abide the DFL endorsement), Green Party candidate Billy Menz, Mike Tate (who also declined to drop out after pledging to abide by the endorsement), Abdi “Gurhan” Mohamed, Green Party candidate LaTrisha Vetaw, and incumbent Musich. The coalition has pledged to hold joint fund-raisers — they’ve already held one — and support each other in their own districts.

For Vetaw, an at-large candidate and youth worker from north Minneapolis, the lack of diversity represented by the DFL-endorsed candidates made her decision to join the coalition an easy one. “It just seemed like there was the strong potential for the board to be dominated by white men,” she says from a coffee shop in Longfellow. “It just didn’t look like the Minneapolis I see when I go to the grocery store. I just really like the mix of candidates we have in our coalition. We have a great diversity based on age, gender, race, sexuality. It’s exciting to imagine a board with that type of make-up.”

The coalition has certainly shaken up the race. There is a concern on the side of the Our Revolution candidates that coalition candidates have resources they don’t have, such as campaign funds and volunteers, and connections to the citizen activist group Save Our Minneapolis Parks, which counts more than a few wealthy residents of Kenwood and Linden Hills among its members. 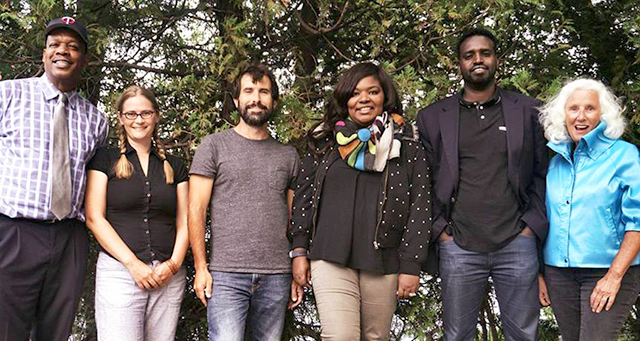 It’s certainly something that has caught the attention of DFL/Our Revolution candidate Chris Meyer, who is running in district one. “I got 75 percent of the vote at the convention and was feeling pretty comfortable, but money can swing races like this,” Meyer says in an interview in Dinkytown. “If suddenly my opponent gets a cash infusion from a joint fundraiser, that could be a problem. Money and lawn signs cost a lot.”

How it shakes out in the next three weeks could tell us a lot about Democratic politics over the next three years, locally and nationally, as the promise of a big agenda squares off against assurances of steady, incremental change.

What’s been established already is that this race is different than any Park Board campaign that’s come before. Hogan has noticed in his own efforts. “It used to be that the way you could win a race was by out-loving the parks more than the other person,” he said. “But that’s not enough now. These days you have to provide a vision for how to improve parks and make them more equitable for everyone. It’s not enough just to love the parks. We all love them. That’s not really a platform for growth.”

The battle for the soul of the Minneapolis Park Board