Look at a map of where landlords file paperwork to evict renters from their homes in Minneapolis and you might notice something striking: These legal actions happen almost like clockwork in north Minneapolis, and pretty rarely just a few miles away in southwest Minneapolis.

Evictions are a problem in the Twin Cities and across the country as housing becomes less affordable for low-income families. And they exacerbate existing inequalities by hitting some of the most disadvantaged populations the hardest. But just how eviction affects families can be difficult to track, since people who are displaced from their homes often don’t think of themselves as evicted, and because court records lack the specificity to tell the whole story.

On Saturday, Princeton University professor Matthew Desmond spoke to a packed house at Augsburg University about his Pulitzer prize-winning book, “Evicted: Poverty and Profit in the American City” and his research on the nature and scope of evictions. After Desmond’s talk, a panel of local leaders in the affordable housing sector talked about the issue — and possible solutions — in the Twin Cities.

Evictions in the Twin Cities

No comprehensive data are currently available to paint a full picture of families displaced from their homes in the Twin Cities. But the data we do have tell us that evictions hit some of the Twin Cities’ most disadvantaged communities the hardest.

Court records compiled by the University of Minnesota’s Center for Urban and Regional Affairs show more than 6,000 eviction filings in Hennepin County, and nearly 2,900 in Ramsey County last year (this include eviction filings for residential and commercial property renters, the latter being rare, and of homeowners in foreclosure scenarios, more common during the recession). Not all filings result in eviction — some are expunged or dismissed — but in the many cases, tenants move as part of a settlement or ultimately fail to meet settlement terms and are forced to move, said Zoe Thiel, the program manager for the Minneapolis Innovation Team, a City of Minneapolis effort to study disparities. The group has collaborated with the county and nonprofits to study eviction. Eviction filings — not just eviction judgments — can come up on tenant screening reports, limiting options for tenants who have them on their record.

The number of eviction filings is down since their peak in 2008 in Hennepin and 2007 in Ramsey, likely because foreclosures, at a high during the recession, also show up in the data, Thiel said. 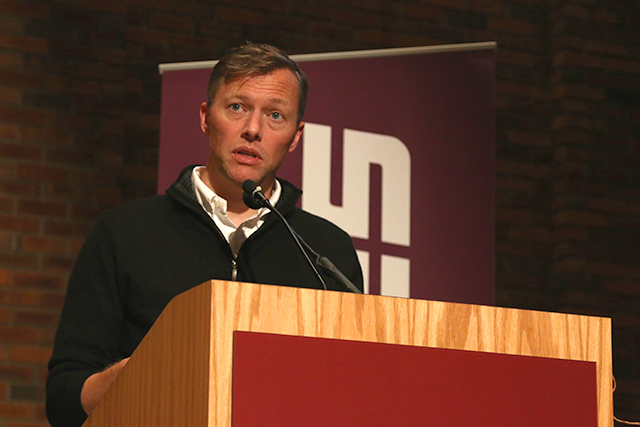 Analysis of eviction notices in Hennepin County by HousingLink and HOME Line, nonprofits that work in this sphere, found eviction filings hit tenants who live in north Minneapolis disproportionately, with nearly half of renter households in ZIP codes  55411 and 55412, respectively, experiencing eviction filings in a three-year period. In part of southwest Minneapolis, by contrast, about 3 percent of households experienced an eviction filing in that period. Evictions are also more prevalent in Powderhorn and Phillips than the average Minneapolis neighborhood. Data on eviction judgments (which don't capture all the cases where tenants were displaced) show similar patterns of disparity.

“There are neighborhoods and groups of property owners and communities where this is normal and expected,” Thiel said. 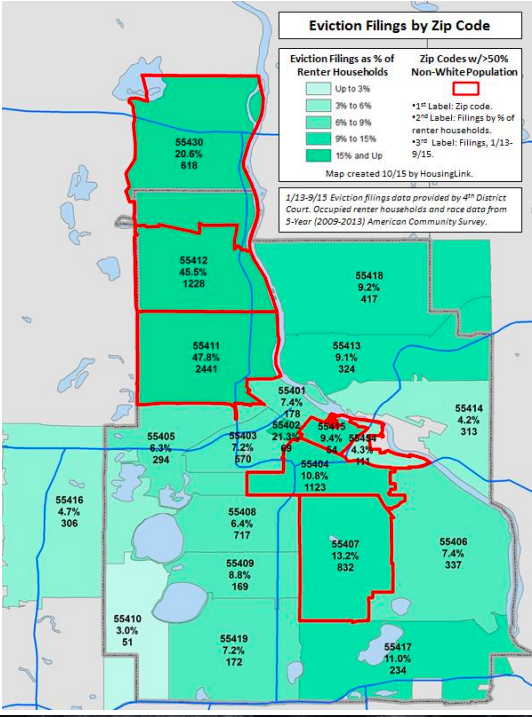 When families are displaced from their homes, it causes instability in their lives. When it happens on a large scale, as in neighborhoods in north Minneapolis, it exacerbates economic instability, worsening some of the other inequalities — in wealth, education and other areas —  present.

Most eviction filings — 93 percent, the Innovation Team reports — were filed because of nonpayment of rent, and the average tenant evicted for nonpayment of rent was two months and less than $2,000 behind. Other local research has found that black women are disproportionately likely to face eviction, and that just 10 percent of tenants, compared to 30 percent of landlords in eviction scenarios, have legal representation.

Court data also show a spike in eviction notice filings in the summer months and in January.

In the Midwest, with cold winters, evictions spike in the summer because many people who struggle to pay for housing expenses pay their landlords in the winter, when utilities companies are banned from shutting off the gas, and switch to paying the utility company in the summer, Desmond said. As for the January spike, Thiel said she doesn’t have data on it, but she has a hunch landlords are waiting until after the holidays to file eviction papers.

It’s not just Minneapolis where many low-income families are being displaced from their homes. In the United States, the share of poor families who rent and spend too much of their income on housing expenses, by federal standards, has increased in recent decades. Today, more than half of families below the poverty line spend more than half of their income on housing expenses, far exceeding the 30 percent generally used as a maximum spending threshold, according to American Housing Survey data in a report by Desmond.

In the Twin Cities, the share of households spending more than 30 percent of their income on housing is decreasing among higher earners, but remaining high or increasing among some of the poorest, particularly households earning between $20,000 and $34,999 annually, according to data from Minnesota Compass, the research division of the Amherst H. Wilder Foundation.

With housing eating up a larger share of lower-income families’ budgets, for many, eviction isn’t a matter of irresponsibility so much as it’s a matter of inevitability, Desmond said.

Such was the case for Arleen Beale, a low-income black woman and single mother living with two sons — Jori, 14, and Jafaris, 6, and one of eight Milwaukee families facing eviction that Desmond profiled in his book.

Arleen and her boys, living on a $628-a-month welfare check, were evicted after Jori threw a snowball at a car, which caused the landlord to kick them out. They were displaced after a house they moved into was deemed unfit for human habitation. With an eviction on her record, Arleen had to apply to more than 80 apartments in order to find one she could afford. But not long after they moved in, trouble at school led the cops to make another visit to the family. When the landlord found out, they were again evicted.

“Without stable shelter, everything else falls apart,” Desmond said — and oftentimes evictions aren't a condition of poverty, they're a cause of it.

Desmond took the time to profile families like Arleen Beale’s in his book, tagging along with them to everything from AA meetings to funerals and court hearings, as well as spending time with landlords, because there isn’t a lot of easily accessible information on the scope and nature of evictions, which have become a devastatingly common facet of life in some American neighborhoods.

Desmond also led a two-year survey of 1,000 Milwaukee renter families that found one in eight was displaced from their home in a two-year span. Among his other findings: Households with children were three times more likely to be evicted than households without children and that low-income African-American women were disproportionately affected by eviction. 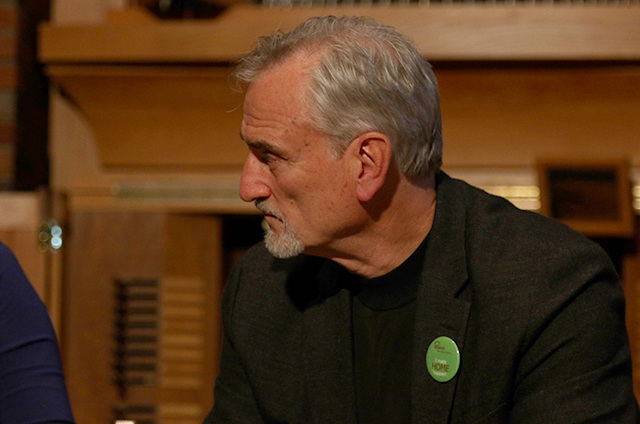 This type of shoe-leather reporting and survey research was important, he said, because official stats — like the ones we have for Minneapolis — generally focus on court-ordered evictions, which only capture a specific swath of displacements. In reality, families often leave their homes under less formal conditions: a tenant might settle with a landlord, which often still leads to displacement; a landlord might ask a tenant to leave and offer to let a family borrow a van to move their belongings if they’re out by a certain day, Desmond said. All of these scenarios tend to send shockwaves through people’s lives, but people often don’t think of themselves as “evicted” unless the sheriff shows up on their doorstep and puts their belongings on the curb.

Desmond told the Augsburg audience that while the eviction situation has gotten worse over time, causing instability in low-income neighborhoods all over the U.S., it shouldn’t be an insurmountable problem. 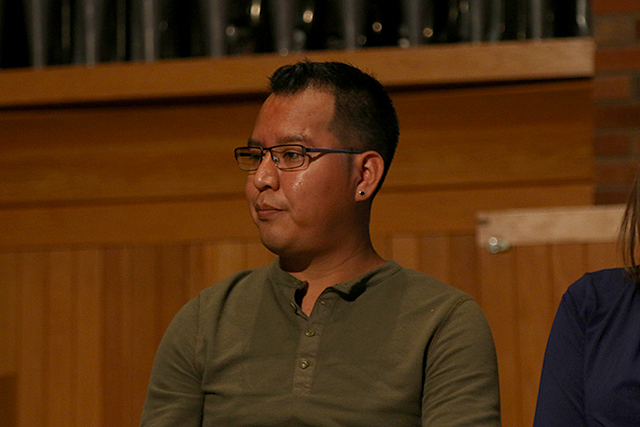 MinnPost photo by Greta Kaul
Carlos Palma Rios suggested rent control and outreach to tenants to make sure they know their rights as means to solving the affordable housing crisis.

Carlos Palma Rios, board president and organizer with Inquilinxs Unidxs Por Justicia, a tenant advocacy group, suggested rent control and outreach to tenants to make sure they know their rights as means of keeping low-income renters in their homes. An example of effective organizing offered was the $650,000 settlement reached between former tenants and their Richfield landlords recently, believed to be the biggest such settlement on record.

JaPaul Harris, a Fourth Judicial District housing court referee, said making sure tenants are aware of their rights and public accountability of the judicial process in eviction matters is important. 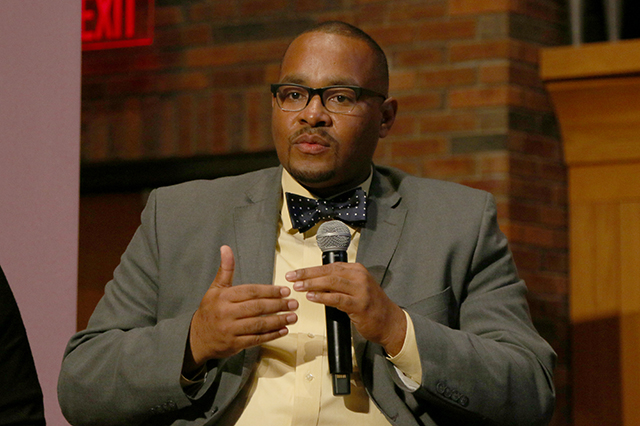 MinnPost photo by Greta Kaul
JaPaul Harris, a Fourth District housing court referee, said making sure tenants are aware of their rights and public accountability of the judicial process in eviction matters is important.

Citing inconclusive research on the effects of rent control, Desmond advocated for expanding housing voucher programs for low-income households, many of which he says receive no assistance in paying for housing expenses .

“If we took this on as a problem, we could find solutions,” Desmond said, noting that in the past, public policy was responsible for erasing open sewers and eliminating tenement slums in U.S. cities.

Evictions, on the rise nationwide, don’t affect all parts of Minneapolis equally