Minnesota state Sen. Dan Schoen sexually harassed women involved in state politics while serving as a DFL lawmaker, according to multiple women who have spoken to MinnPost. Schoen, currently a first-term senator from St. Paul Park, previously served two terms in the House. He also works as a paramedic and police officer in Cottage Grove.

The women describe behavior by Schoen that ranges from persistent and unwanted invitations to meet to physically grabbing a woman from behind. One woman, who asked to not be identified, said he sent her a photo of male genitalia via Snapchat.

Schoen, who was presented with the allegations in a meeting with MinnPost, was aware of each incident but said in a subsequent statement that the allegations are “either completely false or have been taken far out of context. It was never my intention to leave the impression I was making an inappropriate advance on anyone. I feel terrible that someone may have a different interpretation of an encounter, but that is the absolute truth. I also unequivocally deny that I ever made inappropriate contact with anyone.”

“Despite this, if any of my actions or words have ever made another person feel uncomfortable or harassed, I deeply regret it and truly apologize,” Schoen continued. “This is not who I am nor is it the person I would want anyone to feel I am.” 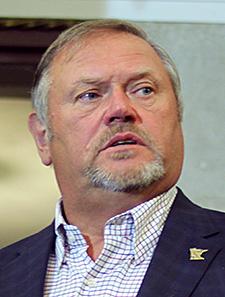 But DFL Senate Minority Leader Tom Bakk, after being told about the allegations and talking with Schoen, called for him to resign from his seat in the Legislature. “These victims’ allegations are sobering and disturbing. Sen. Schoen’s actions, even with additional context, were inappropriate and do not meet the standards for behavior of a state legislator,” Bakk said in a statement. “I have discussed these allegations with my leadership team and we are united in our call for Sen. Dan Schoen to apologize, step aside, and seek care to address these actions.”

As of late Wednesday evening, Schoen said he had no intention of resigning.

Among the women to step forward to report their experience with Schoen is Lindsey Port. In August of 2015, Port was a first-time DFL legislative candidate when she went to an event in downtown Minneapolis to mingle with fellow candidates. The Democratic National Committee was hosting three days of meetings in Minneapolis, and a year ahead of the presidential election, Hillary Clinton and former Maryland Gov. Martin O’Malley were expected to show up and shake hands with activists from across the country. 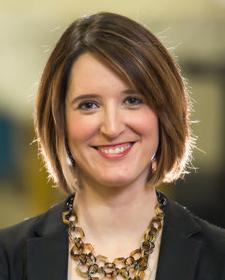 Port, a small-business owner, had recently announced her plans to run for a state House seat in the Burnsville area. At the DNC event, she was chatting with other candidates and state legislators about her busy summer knocking on doors — a common campaign activity — when Schoen, then a representative in the House, stepped back to look at her from behind. “‘I can tell when a candidate is doing a good job knocking on doors by checking out their ass,’” Port says Schoen told her. “He said, ‘Yep, looks like you’re doing a good job.’”

The group quickly moved on to other topics, but about 15 minutes later, Port recalled, O’Malley showed up at the event and she made her way over to meet him. Right as she was about to greet O’Malley, Schoen came up from behind her and grabbed her buttocks. According to Port, Schoen then said: “Yep, yep, that’s a good door-knocking ass.”

After the incident, Port says she was initially uncomfortable talking about what happened. “I was new in politics. This was my first time running, or being anything other than a volunteer,” she said. “I already was getting a lot of, ‘Oh, your race is going to be super targeted, you’re in one of the most targeted districts, it will be very high profile, be very careful and make sure everything looks great and you’re doing all the right things.’ I was very concerned that it would become a reason for the party not to target me if I spoke out against him. Or that it would just be, ‘She was the girl who can’t take a joke,’ and that would be the story.” 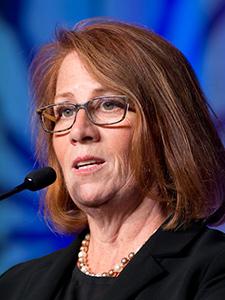 But since she was running for a seat in the same chamber as Schoen, Port saw him as a potential colleague, even if she wasn’t in the House yet. Two weeks later, she reported the incident to DFL Rep. Erin Murphy, who was then the deputy minority leader of the Minnesota House. Murphy said she reported the incident to the executive director of the House DFL caucus. After that, it became a personnel issue and she wasn’t privy to what happened next, Murphy said. The results of that complaint are not public under state law.

“I reported it and then I went back to Lindsey,” Murphy told MinnPost. “A guiding principle to me in a situation like this is to let the person that is impacted guide how and when she wants to tell that part of her story. She has made a decision to tell this story now. I think that is brave on her part and I have said all along that when she decided — if she decided — to tell this story that I would be there to support her as a friend.”

Others report experiences with lawmaker

Port is not the only woman who has come forward with stories about Schoen. 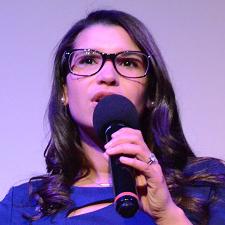 Rep. Erin Maye Quade, DFL-Apple Valley, said she also had an unsettling experience with the lawmaker. It was December of 2015, shortly after Jamar Clark was shot and killed by a Minneapolis Police officer, and protesters were occupying the street’s around North Minneapolis’ 4th Precinct police station. Maye Quade, who was working for U.S. Rep. Keith Ellison at the time, had been spending a lot of time at the occupation. On the day when several protesters were shot, Schoen started sending her text messages.

Maye Quade had just become a candidate for the state House, and had never met Schoen, she said, but he nevertheless offered up his advice about how to handle the situation at the 4th Precinct. “Be careful about posting anything about BLM and if you want a police officer’s side of this, feel free to ask,” Maye Quade said Schoen texted.

He then asked her multiple times if she wanted to meet and have a drink and talk about it. Maye Quade said she respectfully declined.

Later that same evening, Schoen texted her again, this time suggesting she should come over, telling her his children weren’t home. She thought the messages were strange but didn’t think much of the invitation until she got another text that was “clearly meant for someone else.” It said, “’I almost got her. Working on her pretty hard, but I almost got her,’” according to Maye Quade. “My blood went cold.”

Maye Quade took a screenshot of the text and, like Port, reported it to Murphy, who asked if Maye Quade wanted her to do something about it. Maye Quade decided to not go further with it at the time, saying: “How do you report a feeling? That could be explained in any way, shape or form. After that, I’ve avoided him like the plague.”

‘We need a better process’

The allegations against Schoen come in the wake of dozens of stories about sexual harassment and assault at the hands of powerful and well-known men in various high-profile positions — an outpouring that was catalyzed with allegations against movie producer Harvey Weinstein.

Those stories led to a social media campaign, #MeToo, that has encouraged women to share their experiences with harassment, offering revelations that have upended various industries and institutions across the country. State houses throughout the U.S. have been at the center of some of the most prominent allegations, stories involving sexual harassment and assault at the hands of lawmakers, lobbyists and people who work on campaigns.

“One of the key elements of sexual harassment is that the behavior is UNWELCOME,” reads the House policy. “Sexual conduct or communications that might be welcome to you may be unwelcome to another. Sexual conduct or communications that might have been welcome between two individuals at one time may become unwelcome at a later time.”

The Legislature’s policies include procedures for reporting and working through a sexual harassment complaint. According to the policy, possible remedies for sexual harassment involving an employee include: “an apology, direction to stop the offensive behavior, counseling or training, oral warning, written warning, transfer to another department, suspension with or without pay, or termination.”

But when it comes to a member of the House or Senate, who hold election certificates, things become less clear. In that case, the House policy simply says it will be handled by “leadership.” “I think the culture is the same as it is in a lot of places, except that we don’t have a natural recourse,” Maye Quade said. “Ultimately, it’s the voter’s decision.”

Several women said there’s fear around reporting incidents of sexual harassment in St. Paul, where a sitting legislator could retaliate against another legislator by trying to block legislation they’re working on. In campaign work, women worry they won’t get hired for campaign jobs, or their own races may not be taken seriously. Shortly after she was elected last fall and as the 2017 session was ramping up, DFL Rep. Jamie Becker-Finn said she was warned by two lobbyists about Schoen. “You know about Dan Schoen, right?” Becker-Finn says she was told. “‘Just be really careful.’ This wasn’t just a one-time thing. This is clearly a pattern that people are aware of.”

When it comes to reporting incidents by lawmakers, it should be, “here are the rules and this is what will happen to you if you break those rules,” said Becker-Finn.“That isn’t how it works. It really is putting the onus back on the person who has been victimized to figure it out, which puts you on the hot seat if someone should be upset. Clearly, we need a better process. That’s clear to everybody.”