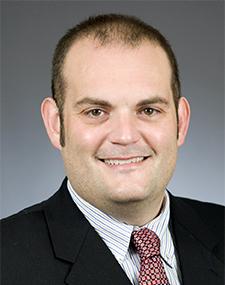 A Democratic staff member in the Minnesota Senate said state Sen. Dan Schoen sent her a photo of male genitalia over Snapchat.

Ellen Anderson told MPR News that Schoen sent her the photo in 2015, when he was in his second term in the state House. At the time she received the photo, Anderson was with a friend, who confirmed the photo’s existence to MPR. Anderson said she had met Schoen, also a Democrat, through her work in politics.

The allegation comes on the heels of other accusations of sexual harassment by Schoen first reported in MinnPost last week. Those allegations included a different unnamed woman saying Schoen sent her a photo of male genitalia, also over Snapchat. Another woman, Lindsey Port, told MinnPost Schoen grabbed her buttocks at a campaign event, while DFL Rep. Erin Maye Quade said Schoen repeatedly invited her via text to have a drink or meet him at his home.

Anderson reported the incident to Senate Human Resources on Tuesday, saying in a statement she knew the photo crossed the line at the time, but she “assumed it was a one-time error in judgment.”

“The disturbing news of the past week makes it clear that was not the case,” she said in a statement. “I felt it necessary to speak out because it is evident to me that Sen. Schoen has a pattern of inappropriate sexual interactions with colleagues and staff.”

When news broke about the Scohen allegations last week, Senate DFL Minority Leader Tom Bakk called on Schoen to resign. Gov. Mark Dayton, both the DFL and GOP party chairs and nearly every DFL candidate for governor also asked for his resignation.

“I renew my call for Dan Schoen to resign from the Minnesota Senate and to apologize for his conduct,” Bakk said Tuesday. “I will be working with the Assistant Leaders and DFL Senators to determine what actions this caucus can take to protect staff and convince Dan Schoen that he needs to resign immediately.”

Schoen, who lives in St. Paul Park, is also a police officer for the city of Cottage Grove but is currently on administrative duties pending a possible state investigation. He has hired an attorney and is denying the allegations against him. An ethics complaint could be filed against him at the Legislature as soon as this week.

After the allegations first surfaced, Republican Senate Majority Paul Gazelka said Schoen’s behavior clearly “brings the Senate into disrepute” and that he could be subject to an ethics inquiry if he didn’t resign.

The news comes amid mass calls for changes in sexual harassment policies that govern state agencies, the Legislature and political campaigns. “Legislators are human and no human is perfect, but this is bigger than Sen. Schoen and the Capitol. It’s bigger than Hollywood or D.C.,” Anderson said. “I come to work every day and see stories in the news about women across the country who have risked everything to share with their experiences. We can only change this culture if we admit it exists.”