Early in the morning of Wednesday, December 6, Sen. Al Franken was in the middle of a week back at work in the U.S. Senate, attempting to weather a scandal sparked by allegations from six women that he groped them or forcibly kissed them in incidents occurring from 2003 to a few years ago.

He was cooperating with a Senate Ethics Committee investigation into his conduct, and he was beginning the long process of winning back Minnesotans’ trust.

On Thursday, December 7, Franken was on the Senate floor announcing his intent to resign from office. In the intervening 24 hours, two new allegations had surfaced against him, prompting a wave: dozens of Franken’s colleagues in the Senate, several top Democratic officials, and some Minnesota members of Congress called for his resignation in the span of just a few hours.

It happened fast. In the eyes of a faction of Minnesota Democrats, independents, and even some Republicans, Franken’s ouster happened too fast, denying the senator a fair shot to keep his job and Minnesotans to have a say in his fate.

Plenty of Democrats believed Franken made the right move. Franken’s continued presence in the Senate, to some of them, was a liability for a party trying to stake out a moral and political high ground on sexual harassment. Looming large is Tuesday’s U.S. Senate election in Alabama, where GOP candidate Roy Moore stands accused of sexually assaulting, harassing, and pursuing several young women.

But many Democrats feel a deep sense of anger over how Franken was ousted and are grieving the loss of a politician they had come to see as a singular champion for the party, and for Minnesota. That could have consequences for 2018: The souring reaction to Franken’s departure could complicate Democrats’ efforts to move past this ordeal and retain this Senate seat ahead of a much-anticipated appointment from Gov. Mark Dayton, and what should be a contentious special election next November.

A ‘rush to punishment’

To Terry Gydesen, a photographer from Minneapolis, the day of Franken’s resignation announcement felt like another momentous and painful day in Minnesota political history: October 25, 2002, the day former Sen. Paul Wellstone and his wife were killed in a plane crash.

“Except Al’s not dead,” she added.

Gydesen’s outlook on the allegations against Franken, and the way he was pushed out, embody the views of a vocal group of liberals taking to social media in outrage in the wake of his ouster. She believes the allegations against Franken are either overblown or fabricated, and believes the scramble of Senate Democrats to show him the door was unfair and politically motivated. (Full disclosure: Gydesen has taken photographs for MinnPost stories in the past.)

“The rush to judgment on this, not giving him a fair hearing in the Ethics Committee that he himself called for… He apologized very graciously to [Leeann] Tweeden, she accepted his apology, she didn’t feel he should step down.” Gydesen mentioned Tweeden’s alleged connection to Donald Trump ally and conservative provocateur Roger Stone, which has been the subject of intense buzz among liberals.

Comedian Tom Arnold claimed on Twitter that Stone “coached” the former model in her accusation of Franken — the first one that was public — fueling the sense of conspiracy among Franken supporters. (There is no public evidence that Tweeden was coached, or that her story was part of a deliberate strategic play by allies of the president.) 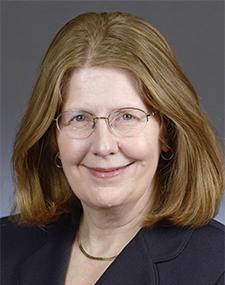 DFL state Rep. Tina Liebling, who is a candidate for governor, has publicly criticized how quickly Franken was ousted before allowing the Senate Ethics Committee to complete its investigation.

The day after Franken announced his intent to resign, Liebling sent out a fundraising letter saying Democrats “did not need to push Franken out to show that Democrats have the ‘moral high ground’ and are ‘for women’… If you want a governor who stands up for what is right and does not fold under pressure, please support our campaign.”

On Monday, Liebling told MinnPost the reaction she’s received from her letter has been overwhelmingly positive. “I’ve had a lot of Democrats approach me in person, and DFLers are pretty angry about this,” she says. “They feel that people in Washington made the decision, they feel like it’s unilateral disarmament on the part of Democrats.”

The Rochester Democrat lamented what she called a “hyper-partisan” environment around the claims. “Here was Al Franken who was, really, at the forefront of the resistance. These allegations, even if they’re true, don’t rise to the level of what Trump has admitted doing.”

She added that if the allegations against Franken were shown to be credible through an Ethics Committee process, then it would be reasonable for him to resign. “I don’t think we got to that point,” she said.

“I was very disappointed he decided to step down. I felt he was forced out, without any real opportunity to present his side or to have a real vetting of what happened.”

Liebling and Gydesen were both on a list of 84 Democratic women in Minnesota who signed a message of support for Franken before he announced his intent to resign. Alexandra Fetissoff, a former aide to Franken who has been circulating that list, told MinnPost that no woman has asked for their name to be removed since Senate Democrats called en masse for the senator to leave office.

“There was irony in a sense of, so much of what he did in his Senate career was to fight for people to have their day in court, and he wasn’t afforded that same opportunity,” she said.

Time to ‘sober up’

It’s not just Democrats voicing unease over the circumstances of Franken’s ouster, either.

Former Gov. Arne Carlson, a Republican who served from 1991 to 1999, issued a lengthy statement on Sunday, framing the saga as an “unacceptable” rush to punishment, raising the specter of a right-wing conspiracy against the senator, and advocating for him to take back his resignation.

“I am deeply troubled by the resignation of Al Franken and the complete absence of anything resembling due process,” Carlson wrote.

“It is time for all of us to sober up. Our nation is in peril with Donald Trump in the White House and Republicans yielding to his demands… The simple fact is that Al Franken has been the Senate’s most effective challenge to Trump and his subordinates,” he said.

“The possibility of any rigging by Roger Stone and his associates should cause all of us to call for a rescinding of the Franken resignation and a prompt and thorough review of all allegations by the Senate Ethics Committee.”

Richard Painter, the former chief ethics lawyer in the George W. Bush White House, issued a statement on Friday, saying as a Minnesota voter, he was “outraged by the fact that the senator chosen to represent our state is pressured by Senate colleagues representing other states to resign because of unproven allegations.”

There are plenty of theories floating on the internet surrounding the nature of Franken’s departure; notably, whether or not Franken has possibly given himself room to stay in office by announcing his intent to resign and not making it immediate.

Supporters like Gydesen have shared petitions with hundreds of signatures demanding that Franken stay. But it seems he will go, leaving Dayton with the difficult task of appointing a successor. 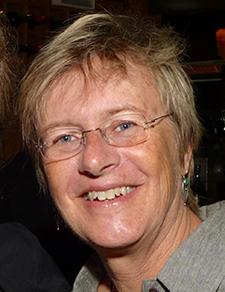 Some DFL insiders worry the perception that Franken was pushed out by Washington Democrats could make the party’s efforts to hold the seat more difficult. The blowback to the Franken ordeal, and the way other Democrats responded, could spill over into other critical Minnesota races next year, including the open-seat governor’s race.

To Gydesen, it is disqualifying for State Auditor Rebecca Otto and State Rep. Erin Murphy, two DFL candidates for governor, to have called for Franken’s resignation shortly after Tweeden’s initial allegation and photo were made public.

“Anyone who rushed to that conclusion won’t get my support. I don’t know who I’m going to be able to vote for,” she said, suggesting she might vote for a third-party candidate.

Liebling said she’s heard from Democrats who say they are so disgusted over the whole episode that they won’t give the party, or its candidates, any more money.

“A lot of people felt it was completely political,” she said. “There’s a lot of anger and disappointment at what happened… The sense among Democrats is, now we have another race, and a bunch of additional concerns about keeping the seat.”