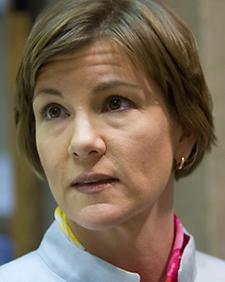 Minnesotans might have a new attorney general after the fall election, even if many voters don’t know it yet.

Behind the scenes, there’s a major campaign going on to be the state’s top attorney. Yet because there are so many other high-profile races on the ballot this fall — including two U.S. Senate seats and an open race for governor — it hasn’t gotten much attention so far. Another reason: Current DFL Minnesota Attorney General Lori Swanson hasn’t announced her plans yet, though she is widely rumored to be leaving the office to run for governor.

If that happens, the race could dramatically change the shape and priorities of the office. For the better part of the last two decades, the Minnesota attorney general’s office has been controlled by Swanson or her close political ally, former Attorney General Mike Hatch. Under their leadership, the AG has become closely associated with a specific brand of consumer protection cases, and more recently, in joining other attorneys general in opposing policies of the Trump administration.

But many of the candidates lining up for the job — five Democrats and one Republican, so far — would take the job in a vastly different direction. The race has opened up the first major debate in years over the role of the attorney general, a constitutional office that has focused on widely diverging priorities depending on who’s leading it.

“The attorney general’s office offers wide latitude,” said Prentiss Cox, a University of Minnesota professor who spent 15 years working on consumer protection issues in the AG’s office. “You have extraordinary authority under state statutes and under common law to represent the interests of the state however one determines.”

That’s because early founders knew they needed someone to represent the people and politicians in the courts. That’s one of the primary functions designed in law for the office: providing legal representation to now more than 100 state agencies, boards, and commissions and in federal court and administrative hearings. The attorney general can also provide assistance to county prosecutors, particularly in smaller, rural districts, in major criminal cases, like a high-profile murder trial.

But one of the most recognized functions of the office, at least by the general public, is its role in taking on consumer protection cases. The most famous example of that approach is former Attorney General Skip Humphrey’s part in the landmark litigation against tobacco companies, which resulted in a massive payout for the state of more than $6 billion.

More recently, that approach has often meant helping citizens fight with their utility companies, or against systematic overbilling. That was Hatch’s focus during his years in office, and it became Swanson’s after she was elected in 2006. In the most recent example, Swanson sued telecommunications provider CenturyLink, claiming the company billed its customers at higher amounts than they were quoted. She’s also suing 3M for $5 billion, alleging the company dumped perfluorochemicals into sites in suburban cities for decades, potentially causing environmental and physical damage to residents.

Attorneys general have also become the “legal opposition party,” Cox said, with more state attorneys banding together to take on policies implemented at the federal level. It started with George W. Bush-era EPA and climate-change policies and extended into lawsuits against President Barack Obama’s Affordable Care Act. Swanson has joined lawsuits against President Donald Trump’s policies on immigration and changes to net neutrality.

Another lesser-known function of the office is advocating for state policy changes. While Swanson has pushed for legislation to help veterans and disadvantaged children, she hasn’t maintained a major policy operation during her tenure, unlike some of her predecessors. Humphrey, for example, had several teams devoted to policy in his office, and former Attorney General Warren Spannaus ran and won the office (narrowly) in 1970 by championing restrictions on purchasing and carrying handguns. He pushed the Legislature to approve background checks and waiting periods in 1975, a position that some say cost him the 1982 primary for governor to Rudy Perpich.

A crowded field of Democrats 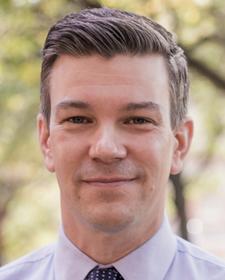 Most of the candidates seeking the DFL endorsement for attorney general this summer say they would beef up the policy side of the attorney general’s office, pushing the Legislature to change state laws on everything from consumer protection and criminal justice to gun control.

Former DFL state Rep. Ryan Winkler, who successfully pushed to increase the minimum wage during his time in the House, said he would bring his experience passing bills in the Legislature to the attorney general’s office, in particular, to change laws to crack down on wage theft and consolidation of major industries in the state. “I am the candidate with the record for taking on powerful interests, building coalitions and winning,” he said, adding that the attorney general’s office is “a place to put a thumb on the scale of justice in society on behalf of ordinary people.” 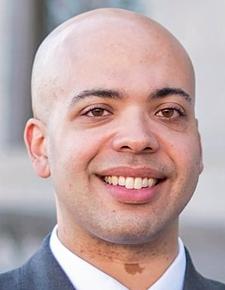 Sam Clark, the St. Paul City Attorney who previously worked as a policy aide to U.S. Sen. Amy Klobuchar, grew up in the Rondo neighborhood and said he saw firsthand the devastation of predatory lenders and the divisive relations between the black community and law enforcement. As attorney general, he wants to encourage lawmakers to change state policies to crack down on payday lending practices, as well as push ahead the conversation on criminal justice reform in the state. In particular, he thinks the attorney general can lead on discussions about changing state laws around bail, eliminating cash bail or “the profit from the criminal justice system in general.”

“[Swanson has] done a phenomenal job of branding that office as the consumer protection office, which is absolutely a critical and important function,” Clark said. “But an attorney general has a really powerful ability to shape the discussions statewide and also influence policies.” 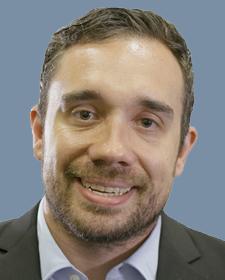 Matt Pelikan, an attorney working in private practice in Minneapolis, also spent years working on political campaigns, including the early campaigns of the late U.S. Sen. Paul Wellstone, who taught at Carleton College in Pelikan’s hometown of Northfield. Pelikan went on to do more work for the DFL Party and congressional campaigns around the nation, and came back to his home state after Trump was elected feeling like Minnesota needed a more politically progressive attorney general.

He said he plans to run for attorney general no matter what Swanson decides to do with her political future, a distinction that sets him apart from the other DFL candidates in the field, who are likely to step back if she runs again. “The office used to set the standard for consumer and civil rights protections,” he said. “The office has to redouble its efforts.” In particular, Pelikan thinks the future attorney general should join with other attorneys general in opposing the Concealed Carry Reciprocity Act, which would prevent states from enforcing their own handgun permit laws against out-of-state visitors. 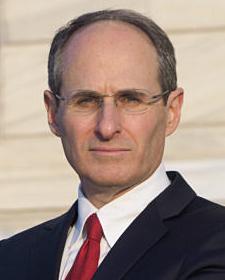 Other candidates, including former Department of Commerce Commissioner Mike Rothman, propose to continue the focus on the consumer protection role of the office. Rothman, a former state Senate staffer who spent years in private practice working on insurance regulation before he was appointed to the agency by Gov. Mark Dayton, says he oversaw regulations of more than 20 industries as commerce commissioner and acted as the watchdog for consumers in that role. “I believe that the attorney general’s office is the office for the people of Minnesota,” he said. “They need a place to go and a strong advocate on their behalf.”

Nine-term DFL state Rep. Debra Hilstrom, from Brooklyn Center, has spent years working alongside the attorney general’s office to pass legislation to protect consumers in the state, she said. That includes a homeowner-lender mediation bill that requires lenders to sit down with homeowners to try to work out a solution before they foreclosed on the house; and the vulnerable adult statute, which defined what it meant to take financial advantage of the elderly and disabled. She went back to law school after she was elected to the Legislature and started working in the Anoka County attorney’s office as a prosecutor. In that role, she’s traveled the state and trained local law enforcement and other groups on how to report and recognize financial exploitation of seniors and vulnerable adults. 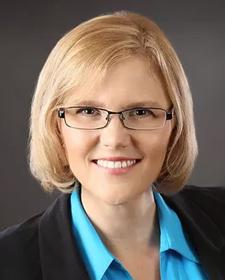 Hilstrom also strongly believes that efforts to push back on potentially problematic policy changes at the federal level must continue under a new attorney general. “The job has changed since Trump was elected president,” she said. “You are seeing attorneys general band together across the country.”

A lone Republican candidate, for now

The race for attorney general on the Republican side is much quieter. Attorney and former Republican House representative Doug Wardlow is the only candidate in the race, after attorney and longtime activist Harry Niska dropped out.

The paucity of GOP candidates can be partly attributed to Republicans’ poor record of holding the office over the years. Only one Republican has been Minnesota’s attorney general in the last 60 years: Douglas Head, who served from 1967 until 1971.

“People might not understand the specifics of what the attorney general does, but they understand the history in Minnesota, that the attorney general stands up for the little guy,” Clark said. “Until Republicans find a way to prove the concept that they are best positioned stand with the vulnerable and against the powerful, they are going to have a hard time winning in this office.” 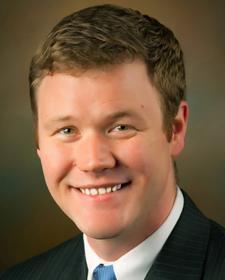 Wardlow is undeterred by that history, arguing Democrats’ dominance of the office is part of the problem. “I think the office of attorney general — being in the hands of Democrats for 46 years  — you are going to have some distortions of what the office should be doing,” he said. “I think for the last many years the office has under resourced the criminal law part of the office for other parts that are more politically viable.”

Wardlow, an attorney who served two years in the House representing Eagan, said county attorneys have been left to go-it-alone on major cases, as that’s become less of a priority for the state attorney general. He would also focus more on constitutional law, he said, after working for years on things like eminent domain cases and religious freedom challenges. He currently works for the Alliance Defending Freedom, where he recently represented the Belle Plaine, Minnesota Veterans’ Club in a case to restore a statue depicting a soldier kneeling before a gravesite marked by a cross to Belle Plaine’s Veterans Memorial Park.

Wardlow also thinks the office has become too political, teaming up with other states to push back on Trump and score “political points.” “The attorney general’s office for the last many years has focused the office through a political lens. They’ve only taken cases that are politically advantageous,” he said. “It’s really important that we, in the office of attorney general, have an attorney who really understands constitutional law.”

The campaign to become Minnesota’s next attorney general is crowded, intense — and very much under the radar