For 10 years, Strip Club Meat & Fish was a well-regarded restaurant in St. Paul’s Dayton’s Bluff neighborhood. But last summer, with the restaurant’s lease expiring, the owners decided to close, leaving something of a hole in the neighborhood.

To help remedy that, the building where the restaurant was located, a one-time general store built in 1885, has become part of an experiment, one using a unique form of crowdsourcing to find a new use for the space: Hoodstarter, a platform that lets neighbors and passersby propose ideas, comment and vote on potential uses for vacant spaces.

The theory behind Hoodstarter is a simple one: Get enough excitement about a space and maybe a tenant considering it might feel more confident about making an investment.

Born in 2013, Hoodstarter was inspired by Ley’s commute. “I’d be driving home and see a vacant spot and wonder why?” Ley said.

Neighborhood websites like Nextdoor weren’t yet developed but E-democracy was, and Ley noticed that conversations there about neighborhoods and development were among the most popular. Yet even then, the answer to the question of “what can we do about it?” was usually the same: not much.

Hoodstarter was an attempt by Ley and co-founders David Berglund and Jason Goux to remedy that. An early strategy was to partner with a developer or tenant to crowdsource funding, an idea that was later abandoned in favor of concentrating on generating ideas and interest. To make money, Hoodstarter collects fees from brokers and owners for helping draw attention to a spot.

“We don’t necessarily focus on actually closing a deal,” Ley said. “Our focus is more on creating energy around spaces that eventually leads to closing deals and eventually gets more and more people interested in this space.”

Allowing communities to ‘extert some control’

The platform has worked with Minneapolis to seek ideas for a tax-forfeited property at 42nd and Fremont, a campaign that attracted 18 ideas. A coffee shop got the most votes, and the results were used to craft a request for proposals won by Mobilize Design and Architecture for what will be called Baldwin Square and include a restaurant, commercial space and a gallery. 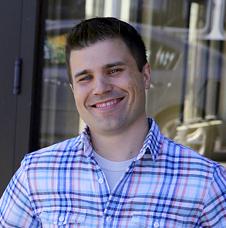 Hoodstarter’s latest campaign, In Like A Lion, is a partnership between the company, Greater MSP and its Central Cities Initiative, as well as the economic development departments of Minneapolis and St. Paul. It’s aimed at finding out if combined efforts can draw more attention to a handful of vacancies and development sites in the two cities.

Peter Frosch, vice president of strategic partnerships for Greater MSP, said that both cities suffer from a perception among site-selection professionals that good sites aren’t available there, and that development projects take too long to complete. “The suburbs have advantages: greenfields, utilities, zoning, ownership is clear,” Frosch said. “It’s not to say it’s a better option, but it’s a clearer path.”

To address those perceptions, Greater MSP worked with the cities of Minneapolis and St. Paul, Hennepin and Ramsey counties to craft the Center Cities Competitiveness Initiative. And the partnership with Hoodstarter grew out of contacts made in working with the region’s startup community, Frosch said.

“What if we found a way to test how it could be used to solve the problem it was created to solve, which is very much aligned with what we are trying to do,” he said.

He said the Hoodstarter platform gives Greater MSP a chance to “flip the script” on urban economic development, highlighting sites that have lacked visibility and bring in the community at the front end of a project, rather than after it is presented.

“It allows the community to exert some control and make use of their networks. We’re giving people a chance on West Broadway and the eastside of St. Paul to rally their council members, their community councils, their personal networks to ask, ‘What do we really want here?’ ”

So how does Hoodstarter spread the word about the development sites?

Ley said that hasn’t been a problem. People interested enough to share an idea are usually interested enough to get their social networks involved to vote for that idea. “It’s sort of like getting a flywheel spinning. Once you get it spinning it really kind of takes off on its own,” he said. 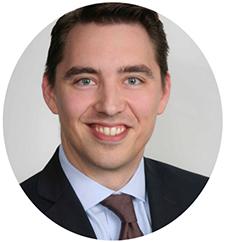 Hannah Burchill, marketing and public relations manager for the St. Paul Department of Planning and Economic Development, said the city was interested in the project as part of an effort to find new ways to communicate with residents. “It gives developers a chance to look at sites that we own or are available,” she said. “It also gives developers the chance to connect directly with residents and neighbors to see what it is they’re interested in.”

This campaign is brief, running from the launch on Jan. 8 until Feb. 26. “If successful we can scale it up,” she said. “If it’s not successful, we’ll figure out a new way to connect with our neighbors. So far we’ve seen good engagement.”

The corner storefront at 378 Maria Ave. is one of the In Like A Lion sites selected by St. Paul. Will Anderson, who was attracted to the building’s history, architectural detail and charm, has owned the building for a decade. But it has been vacant since summer, when the owners of Strip Club closed to concentrate on their other restaurants, Saint Dinette and Mucci’s Italian.

Anderson said he was approached by St. Paul Council Member Jane Prince to see if he wanted to take part in the In Like A Lion project, many of whose sites are in Prince’s east St. Paul Ward 7.

Anderson said the space is best suited for a restaurant. The problem is that it’s mostly corporate restaurant chains that are expanding these days, not the type of small, local restaurateur that might work on that corner. Given the pending changes to the minimum wage in the city, however, those type of proprietors are in wait-and-see mode, said Anderson. “It needs to be an owner-operator probably,” he said.

Anderson said he had the space listed with a broker for a while and had some interest, but he isn’t certain he’ll end up in a deal. He’s now hopeful that the Hoodstarter listing will bring a strong tenant. Among the ideas posted by site users is a “chef-driven fast-casual burgers.”

Commented a user named Lisa Robins: “This is a perfect spot to allow chef masters to make magic for the neighborhood by serving up great meals that are fast, convenient and affordable.” Others ideas include a wine bar and an ethnic restaurant.

But doesn’t everybody want the empty space near their home to be a coffee shop? Ley agreed that it is often the first idea posted when they put a new space on the site. But he said the crowd is smarter than people might give it credit for.

“Any one community member might say it should be a coffee shop when there are three coffee shops already within a block of the space,” he said. “Or, you know, another idea that just couldn’t possibly be profitable in that space. A lot of people are thoughtful about the ideas that they add, and if it’s a bad idea, honestly, it just doesn’t really get that many votes. The ideas that are a little more viable, they ended up rising to the top of the list.”