New Minneapolis Mayor Jacob Frey will wait a little longer than his predecessors to nominate the city’s nine department heads, whose two-year terms already have expired.

The reason? The Super Bowl.

Frey’s fledgling administration will join the rest of the city in concentrating on the Feb. 4 NFL championship game. Frey said Thursday that while his schedule is still in flux, he anticipates there will be many demands placed on the mayor of the host city. “This is a different dynamic, with a Super Bowl coming a month after taking office,” Frey said.

The terms of the nine department heads officially expired Monday, Jan. 8, though the city charter seems to anticipate some lag for newly elected mayors to make such decisions, even those mayors not playing host to the Super Bowl. Existing department bosses are allowed to remain in office for up to 180 days as holdovers.

Of the nine incumbent leaders, only City Coordinator Spencer Cronk has announced plans to leave the city. Cronk has been hired as city manager of Austin, Texas and has given notice that February 11 will be his last day. Cronk has said that date was chosen so that he could be on hand for the Super Bowl.

Only the police chief receives a longer three-year term. Chief Medaria Arradondo was nominated and confirmed last summer to fill out the remaining part of former Chief Janee Harteau’s term, which expires on Jan. 7, 2019. Frey said he could make some announcements after the game but that others would come last in February or March.

One of the mayor’s most important powers

Under the city’s diffuse power structure, Minneapolis mayors nominate department heads and the city Executive Committee submits a recommendation on those nominations to the city council. If the Executive Committee doesn’t forward the nomination, the council cannot vote to approve or reject. Council committees must hold hearings on each nominee once the names are referred to the full council. The Executive Committee  is chaired by the mayor and includes Council President Lisa Bender, Council Vice President Andrea Jenkins, majority leader Andrew Johnson and minority leader Cam Gordon. 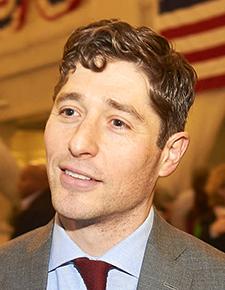 If a mayor does not nominate candidates within a 180-day window, a period that would expire on July 7 for Frey, the Executive Committee can appoint a temporary successor for up to 90 days.

Under a city charter that splits up power between the mayor and city council, nominating department heads is one of a mayor’s most important powers, along with veto power over ordinances, oversight of the police department, and the duty to propose the city budget. Once appointments are confirmed by the council, department heads can be removed only by a vote of the executive committee and only for cause.

In contrast to the delay on department heads, Frey has already filled out most of his personal staff, with former state Rep. Joe Radinovich serving as his chief of staff and former council staff policy aide Heidi Ritchie as policy director. Radinovich was Frey’s campaign manager during the 2017 election.

In St. Paul, new Mayor Melvin Carter announced his department heads on Dec. 29, following an unusual process that had panels of city residents screen applicants and make recommendations to the mayor.

The 10 appointees chosen by Carter are a combination of holdovers from Chris Coleman’s administration and newcomers. Former Council President Kathy Lantry will remain as public works director, for example. Todd Hurley will continue to run the office of finance services and Mike Hahm will keep running the department of parks and recreation. 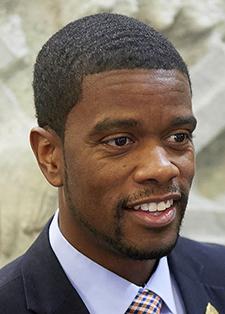 Of the newcomers, Lyndsey Olson, former chief counsel and state judge advocate to the Minnesota National Guard, will be the new city attorney; Concordia University economics professor Bruce Corrie will be the new director of the department of planning and economic development; and Catherine Penkert will be the new head of libraries.

Carter, however, has not completed assembling his personal staff, at least publicly.

Leggett said the St. Paul mayor’s staff will be rounded out next week.