In homes, bars and other gathering spaces, President Donald Trump’s supporters and critics will watch the State of the Union speech Tuesday with like-minded people.

A much different dynamic will unfold in Sexton Commons on the St. John’s University campus in Collegeville, Minnesota. Students who are Democrats, Republicans and independents will voluntarily watch the speech in the same room. Then they will listen to each other and discuss what they heard in a respectful, civilized manner. This is a plan that was conceived by students who are interested in public affairs. Attendance is not a requirement of a professor’s class.

The joint viewing event for St. John’s and College of St. Benedict students is sponsored by a new student organization called CSB/SJU United Politics. The organization, which came into being in the fall of 2017, was co-founded by Bloomington native Brendan Klein. United Politics members invited students from the College Republicans and College Democrats to join them on Tuesday night, and leaders of the partisan organizations accepted.

Klein, a political science and economics major, is tired of people separating themselves into polarizing camps, so he’s working with other concerned students to hold constructive dialogues. Klein is co-president of the new organization.

For people who have trouble talking to relatives, co-workers or friends who have opposing political views, here is how St. John’s and St. Ben’s students are reducing divisive rhetoric and searching for solutions and common ground.

MinnPost posed the following questions to Klein, a junior, who is a residential assistant and serves on the St. John’s Senate:

MinnPost: In the United Politics club, are the students all political independents or do you have Democrats, Republicans and independents?

Brendan Klein: The club is open to students from the whole ideological spectrum, whether they support Ted Cruz or Bernie Sanders or anyone in between.

MP: Why did you want to found it? What is the purpose or mission of the group?

BK: I founded the group with some like-minded students at our campus because we noticed the “political bubbles” that we, and our peers, formed. In today’s era there is a lot of literature out on “echo chambers” where we talk to like-minded peers, listen to radio shows that we agree with, and watch news channels or YouTube videos of people who are ideologically compatible with ourselves. This was a problem on our campus that no one was really solving so we took it upon ourselves to, as our slogan says, “burst our bubbles” and “end the echo.” The reason why we wanted people to talk to others who share different beliefs is that the hyper-partisanship we see today is a result of misinformation. Misinformation about the “enemy,” the “other.” We know and believe that by face-to-face dialogue people will feel less animosity and more understanding of their neighbors, classmates and fellow Americans. It is therefore our mission to create these cross-ideology relationships as a way to continue political discussions in a diverse manner. We currently have over 80 students as members of the club, though our events are always open to anyone.

MP: After the State of the Union, are students from all three groups going to have some type of structured discussion or informal chatting? 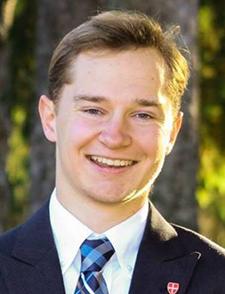 BK: We will lead a structured discussion that is most similar to “speed dating.” We have people grab a seat and talk with the person across from them for a set amount of time. Each person has a set time to speak, a set time to listen to the other person, and a set time to ask clarification questions, not rebuttals. They then discuss where they disagree and where they agree. This process is done about three times and then a big group discussion follows where we ask people to share some of their experiences as well as where we can work in the future in a bipartisan manner.

MP: What kinds of activities has United Politics hosted?

BK: We were officially approved [as a campus organization] in October. Since then we hosted discussions about freedom of speech, particularly to the NFL protest, and abortion. We have typically had high attendance and overall feedback that people want more discussions like this to occur. We have a full schedule in place for this semester, where we will have at least five current events or policy discussions and hopefully one keynote speaker event. When looking for co-sponsors we try to do a need/want-based approach where we look at who we would need to make our discussions better attended and complete. We try to maintain as much autonomy as possible from other political clubs only because we are very committed to being nonpartisan and making everyone feel welcome to our events. But when there are national events that are very important, like the State of the Union, we want as many people as possible to attend, making co-sponsorship with other political organizations helpful.

MP: What are you planning to do after you graduate from St. John’s?

BK: I intend to serve in the Peace Corps and then go to grad school for a master’s in public policy, with an emphasis in education policy. I want to focus on social mobility within America, particularly from an education standpoint.

MP: Do you consider yourself a Democrat, Republican or political independent?

BK: For all intents and purposes, I am a liberal-moderate. To give an example of my willingness to donate and believe in both political parties, I have posters of Bernie Sanders and John Kasich in my room. This is because though I am liberal in most cases, I still agree with conservatives on a few issues. I have many friends who are conservative and I firmly believe that we are friends because we talk civilly and agree to disagree at times, without being hostile or mean.

I know it is a very millennial thing to do, by not identifying as a Democrat or Republican. But parties can create inflexibility on issues, which makes it harder to compromise or have variety in your policy beliefs. I like to be able to agree with liberals and agree with conservatives without being seen as a traitor simply by doing what I personally believe, especially if it does not fit with a party line.

Essentially, we are given two ways to think about issues, when in reality there is so much gray area and complexity to the issues we face. That is why I do not identify with a certain party explicitly since I like the option to be flexible and work within that gray area.

At St. John’s/St. Ben’s, a politically diverse group will watch State of the Union together