In 2014, when Minneapolis began a lengthy process of debating a local minimum wage, the outcome was in doubt — not just the details, but whether there would be an ordinance at all.

Not so in St. Paul. Six months after Minneapolis adopted its citywide minimum wage rule, no one is predicting that the capital city won’t become the second in Minnesota with a minimum wage in excess of the state’s. But there is skepticism as to whether minimum wage activists won’t once again dominate the details, as they did with the debates over St. Paul’s paid leave ordinance and Minneapolis’ wage and paid leave rules.

Still, everyone involved appears ready to let the process play out over the coming months. St. Paul, after all, has an in-bred reluctance to look like it is simply following Minneapolis’ lead.

So there will be process. Probably lots of process.

Part of that includes what is being called a “scoping project,” which is being done by the Citizens League and paid for by the St. Paul Foundation, and involves doing research and talking to people in the community as a precursor to a broader effort around the issue.

Citizens League executive director Pahoua Yang Hoffman told city leaders this week that much of the project should be completed by the end of January, allowing the council to decide then how it wants to proceed. 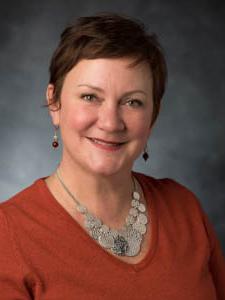 While St. Paul City Council President Amy Brendmoen concedes that the odds are extremely high that the council will approve a local minimum wage — probably in the fall — she pushed back on claims that the details are a fait accompli. Even the decision on whether to allow a tip credit, the most controversial aspect of the wage issue, has not been made, she said. “I think the votes are there to raise the wage,” she said of the council. “The question is where do we lie on the details — how much, how fast, will there be any carve outs. Those things I don’t have any sense of where we’ll land.”

A tip credit — or as opponents refer to it, a tip penalty — would allow employers of tipped workers to count some tip income against the local minimum wage. That is, an employer would have to guarantee a tipped worker at least $15 an hour but could pay the state minimum and then hope the worker makes enough in tips to cover the difference between the state minimum and $15.

Minnesota, however, is one of seven states that does not permit a tip credit in calculating the state minimum wage. That fact, as much as anything else, was cited by Minneapolis city staff when it recommending against including a tip credit in that city’s ordinance.

Advocates, led by $15 Now, a coalition of labor and social justice organizations, also say they aren’t taking the result for granted, and will use the issue to activate interest groups and recruit workers. The Restaurant Opportunities Center United, a national organization that advocates for restaurant workers and opposes tip credits, has placed an organizer in Minnesota. Another group, Restaurants Advancing Industry Standards in Employment, has begun organizing restaurant owners in the state who want to change the economic conditions of their employees.

Meanwhile, the St. Paul Area Chamber of Commerce has also said it will play an active role in the issue. And as was the case in Minneapolis, the National Restaurant Association and its affiliates in Minnesota will also be out in force. Jennifer Schellenberg, a Minneapolis bartender who was a leader of the group of servers supporting a tip credit and is one of the founders of a national organization called Restaurant Workers of America, has also been organizing servers in St. Paul to seek a tip credit in St. Paul, arguing that the lack of one hurts restaurants’ — and servers’ — bottom line.

But will any of it matter? As Brendmoen noted, one of the loudest complaints from employers during the debate over paid leave was that for all the task forces, listening sessions and public hearings, in the end none of it changed the details of the ordinance.

Unlike the Minneapolis city council last year, St. Paul is taking up the issue in a non-election year. Even so, St. Paul Mayor Melvin Carter was unequivocal during last year’s mayoral campaign in supporting a local minimum wage without a tip credit. “We can’t be the type of city where people who work full time are stuck living in poverty,” Carter said during a mayoral forum late in the campaign. 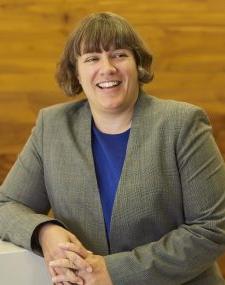 And last March, he told the Midway Chamber of Commerce Economic Development Summit that, “As someone who has worked for tips before, I don’t support a tip penalty.”

Lisa M. Schmid, an attorney who is an expert in minimum wage and leave ordinances, said there’s no reason to think anything has changed since then when it comes to Carter’s stance. “I don’t think he can back away from those promises even though there’s going to be more resistance in St. Paul than there was in Minneapolis,” she said. “I suspect though that just like Minneapolis, St. Paul will adopt a $15 an  hour minimum wage. It may look different but in the end there will be an ordinance.”

Given the political pressure on Carter and the composition of the St. Paul City Council, Schmid said, she also doesn’t see St. Paul passing a minimum wage that includes a tip credit. “They will listen — in quotations — but I don’t think they are going to get many more favorable outcomes than they did in Minneapolis,” she said. 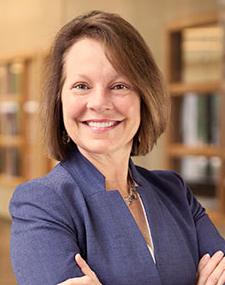 St. Paul Chamber of Commerce President and CEO B Kyle said she is suspending disbelief and taking Brendmoen and Carter at their word about have a deliberate process, despite her disappointment around how the city handled paid leave.

Her predecessor in the job, Matt Kramer, devoted a lot of time to co-chairing the paid leave task force, only to see that the work had little impact on the final ordinance. “I don’t feel that is happening here,” Kyle said. “They have specifically said, ‘Yeah, we didn’t do a good job last time.’”

Kyle said she said she thinks the city will listen to business concerns because the health of business translates into good jobs for residents. “I think we are invited into a conversation to see how do we navigate through to address concerns,” Kyle said.

Ginger Jentzen was the campaign manager for the $15 Now campaign in Minneapolis and watched it evolve from a fringe issue to one that resulted in a near-unanimous vote in favor of a citywide minimum wage. Now leading the effort in St. Paul, she sees the current effort as the next step in building support for $15 an hour across the Twin Cities region. 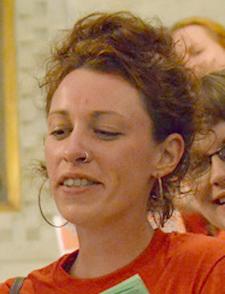 St. Paul has higher levels of poverty than Minneapolis and one in four workers are currently paid less than $15 an hour, she said. “Low-wage workers are demanding the strongest proposal possible,” she said.

That includes defending what is called One Fair Wage: a single wage rate for workers regardless of whether they receive tips. While she doesn’t dispute that political momentum has shifted in favor of advocates, she said they are taking nothing for granted. “Minneapolis really proved that it is absolutely necessary to build a strong grassroots movement that is … led by working people.”

Jentzen said she also sees the issue in a broader national context, with efforts by business interests to reduce protections for working people by rolling back current laws and regulations. She said she expects business to not only fight the St. Paul ordinance but also to take another run at getting the Legislature to bar cities from being able to pass their own wage and work rules, an effort known as preemption.

As with the Minneapolis battle, St. Paul’s debate over minimum wages will be closely watched by national organizations with an interest in the issue.

Saru Jayaraman, the co-founder of the Restaurant Opportunities Center (ROC), which works to improve wages and working conditions for restaurant workers across the country,  spoke to minimum wage supporters Wednesday in St. Paul about the work of ROC and her research into the minimum wage and tipping.

Restaurant and retail jobs are the fastest-growing sectors in the U.S., she said, but they are also the lowest paid. In many states and under federal law, tipped workers receive a lower wage than other workers ($2.13 at the federal level) under the theory that tips will make up the difference between that and the regular minimum wage. While some servers and bartenders earn far more, the median wage for tipped restaurant workers nationally is $9.50.

“The fact that we are proliferating and growing the lowest-paid jobs in America impacts the entire economy, impacts our own industry because we are reducing the ability for people to consume, to eat out, to impact the (gross domestic product),” said Jayaraman, recently accompanied actress Amy Poehler to the Golden Globes as part of the #TimesUp protests. 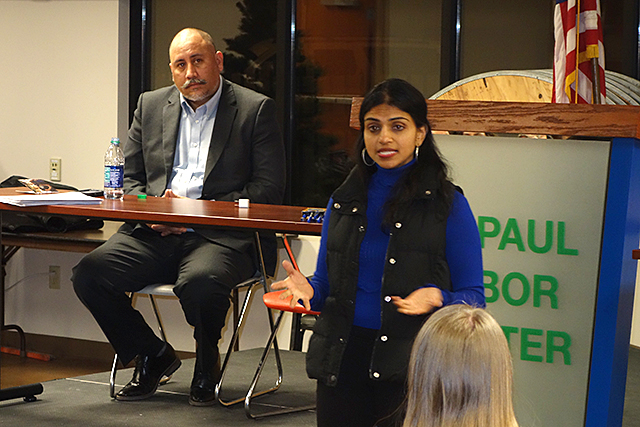 MinnPost photo by Peter Callaghan
Saru Jayaraman spoke to minimum wage supporters Wednesday in St. Paul about the work of ROC and her research into the minimum wage and tipping.

Tipping, Jayaraman noted, has long been rejected in Europe, even though it was from Europe that the practice was imported to the United States. Following the Civil War, it become a centerpiece of minimum wage law, when former slaves working as servers and porters were paid only in tips.

Now, tipped workers are predominantly women and often people of color, she said. And, based on surveys and polling, they also face higher likelihood of sexual harassment on the job. That behavior, Jayaraman said, still exists, but is less predominant in states like Minnesota that lack a lower-wage-tier for tipped workers.

“We’re not just here to get $15 in St. Paul,” she said Wednesday. “We here to actually have restaurant workers have a voice in the state of Minnesota in the long haul because I know that’s been needed for a long time.”