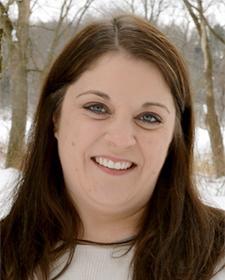 Two new legislators will be sworn in to the Minnesota Legislature when session convenes next week, but the political power dynamics at the Capitol will remain the same.

Both Schoen and Cornish resigned from the Legislature in December in the wake of allegations that they sexually harassed multiple women while in office. The nature of their departure, coupled with the heightened political climate under President Donald Trump’s administration, increased national attention and spending on the two legislative races. In particular, Democrats had hoped backlash against his administration would deliver victories in both districts, much like other recently competitive special elections have gone across the nation.

The results — maintaining the status quo — left the election open to interpretation by state politicos late Monday night, with both Republicans and Democrats saying the results proved their base was more energized.

Republican Party of Minnesota Chairwoman Jennifer Carnahan said Munson’s victory proves that Trump is still popular in Greater Minnesota, despite Democratic hopes that they could flip the seat in a special election. “Trump still maintains strong support across greater Minnesota,” she said in a statement. “People want to see Republicans continue to lead our state.”

Meanwhile, DFL Party Chairman Ken Martin said Bigham’s victory in a district that Trump won last fall shows activists are energized ahead of the 2018 election: “Karla’s win shows the immense energy behind our party heading into this pivotal election year.”

The race in the Senate also had the potential to strengthen the Republicans’ power in the Senate, where they could have widened their majority to two votes. With Bigham’s victory, Republicans will once again maintain only a single vote majority in the chamber, 34-33.

Democrats could chip away at that majority further, pending a lawsuit arguing Michelle Fischbach, the Republican Senate president, cannot serve in that role and as lieutenant governor at the same time. Under the Constitution, she automatically became lieutenant governor in January, after Tina Smith was appointed to the U.S. Senate. A Ramsey County judge dismissed Democrats’ lawsuit on Monday, but the ruling is likely to be appealed to the Minnesota Supreme Court.

The race to represent Senate District 54 was the closest of the night, with Bigham beating former Republican Rep. Denny McNamara by nearly 51 percent of the vote, or 529 votes. Libertarian Candidate Emily Mellingen earned 2 percent of the vote. In all, 14,479 people voted in the election.

Suburban and largely working-class, the district includes the cities of Cottage Grove, St. Paul Park, Hastings, Newport and Afton. The Senate seat has long been held by a Democrat, but House seats in the area are now held by Republicans, and last fall, Republican Donald Trump narrowly edged out Hillary Clinton in the district by garnering roughly 46 percent of the vote. 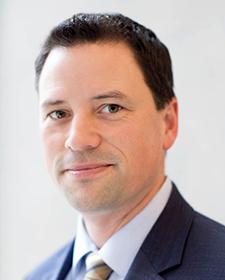 Bigham isn’t a newcomer to politics. She currently serves as a Washington County commissioner and previously served two terms in the Minnesota House and a stint in on the Cottage Grove City Council. She left the Legislature in 2010 to get a master of public affairs degree from the University of Minnesota. McNamara, who owns a landscape business in the district, served in the Minnesota House from 2003 until 2017, including a stint as chair of the Environment and Natural Resources Policy and Finance Committee.

“While I am proud of our effort and especially proud of our candidate Denny McNamara, we always knew it would be difficult to flip a district the DFL has held for decades,” Republican Senate Majority Leader Paul Gazelka said in a statement. “Special elections are all about turnout, and not enough people voted this time.”

Though Cornish originally backed a different Republican to run for his former seat, by Monday he said he was out working for Munson’s campaign. “I am happier than a pig in mud that we have successfully trounced the evil empire,” he said.

Munson, who lives in Lake Crystal, has been involved in state politics for years, first as chair of the Blue Earth County Republican group and now leading activists across the congressional district. After studying business at the University of Minnesota and spending some time working as a stock trader in New York City, he now runs a business in the district that consults with companies dealing with federal and state regulations. He also owns a four-acre vineyard that he wants to grow hops on to sell to Minnesota brewers.

In the House, Republicans keep their 77-57 advantage after Munson’s election Monday evening.

“Jeremy was born and raised in rural Minnesota and he understands issues affecting families in his area,” House Speaker Kurt Daudt said in a statement. “Voters in House District 23B elected a leader who will hit the ground running later this month.”