The Rondo neighborhood in St. Paul isn’t the only potential location for the region’s first freeway cap — known as a land bridge. Other neighborhoods ripped in two by the 1960s freeway construction have been mentioned, especially North Minneapolis near Farview Park.

But backers of the Rondo land bridge are determined to make the historic African-American neighborhood the first. The latest move to make it top of mind for regional transportation and urban planners came last week when a national team from the Urban Land Institute finished a weeklong visit [PDF] to study the concept.

So as not to keep those attending a rollout last week waiting, Lyneir Richardson broke the suspense. “Leading with the real headline, we believe that a significant Rondo Community Land Bridge should move forward,” said Richardson, the executive director for the Center for Urban Entrepreneurship and Economic Development at Rutgers University. “We think this is a remarkable, an incredible opportunity to create 20-plus acres of new land and something that I think will be a significant economic development project for the region and for the city St. Paul and for this Rondo community.”

The team — which included marketing experts, economists, economic development professionals and arts administrators — said the project should start with a bridge centered on Victoria Avenue and run from 300 feet west of N. Chatsworth Street to 150 feet east of Grotto Street N. But Seattle architect Bert Gregory advised that backers should consider the potential of a larger footprint that might run from west of Lexington Parkway N. to east of Rice Street. 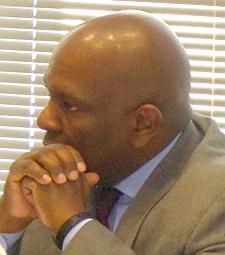 Gregory suggested initially that up to 70 percent of the land bridge be open space and community gathering space, with the rest used for housing, commercial buildings and institutional uses such as a university branch or other training programs.

The panel of experts proposed that the Minnesota Department of Transportation be the lead agency in building the land bridge, but that the community — through foundations and a land trust — determine uses. Having MNDOT involved makes sense because the department is in the midst of designing a rebuild of I-94 from north of Minneapolis to Highway 61 east of St. Paul. The planning process, dubbed Rethinking 94, has been cooperative with backers of the Rondo land bridge, and department Commissioner Charlie Zelle in 2015 issued an official apology for the negative impact of construction on the Rondo community.

‘This has to come from within Rondo’

“The things we heard this morning really resonated with us,” Zelle said afterward. But he said his agency can only be part of the effort.

“This has already involved a number of agencies, the business community,” he said. “But most importantly it can’t be something that is planted by others and placed on top of Rondo. This has to come from within Rondo. It has to have the spirit of Rondo. It has to have leadership from Rondo, and I’m just thrilled that we’re accepted to be partners.” 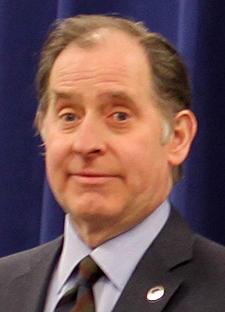 The redo of I-94 is years away, and the agency is looking for ways to make it work as a transportation corridor while also being less disruptive to the areas it passes through.

“We have to do something to bridge the economic divide,” Zelle said. “We have to bridge our workforce divide and there are numerous efforts across the region, but here’s a tangible example of what can be done. I’m very positive about this idea.”

There are similar bridges in other cities — Dallas and Seattle are most often cited. A proposed bridge in Colorado is also part of the rebuild of a freeway that separated a historically black neighborhood. But they aren’t cheap, with estimates in the hundreds of millions of dollars to well in excess of that, depending on the length and scope.

Reconnecting Rondo is an outgrowth of a community effort started by Floyd Smaller and Marvin Anderson that began with an annual celebration called Rondo Days and includes the creation of a commemorative plaza at the corner of Fisk Street and Concordia Avenue (once known as Rondo Avenue).

The land bridge has now become the primary focus as a means of closing the chasm that divided the neighborhood in the 1960s and cost many residents their homes and businesses. The national ULI group followed by a year a similar examination by local ULI members who looked at land bridges in general, including a proposed one over I-35W near Cedar-Riverside.

“There’s an old saying in Rondo that there are only two days that count,” Anderson said before the panel’s presentation Friday. “The day that you’re born and the day you know why you were born. For me, I think I know why I was born. I’m here to make sure that Rondo is not just a memory but that it’s a living spirit that stays alive.”

Ben Stone was a ULI team member. He is a director of arts and culture for Smart Growth America in Baltimore and told those attending the event at the Hallie Q. Brown Community Center that the neighborhood has a history of being maligned by officialdom in the past, showing up on government redlining maps as a place not to invest or loan, and on other maps defining slum areas. Both, Stone said, helped rationalize the decision to cut the neighborhood in two with I-94.

Stone also referred to Rondo as a Diaspora Community because many former residents were dispersed around the region and nation once the neighborhood was disrupted by construction and then the freeway itself. He suggested connecting with them to get their support — and perhaps their financial support — because the project has to establish an identity well known to the region. 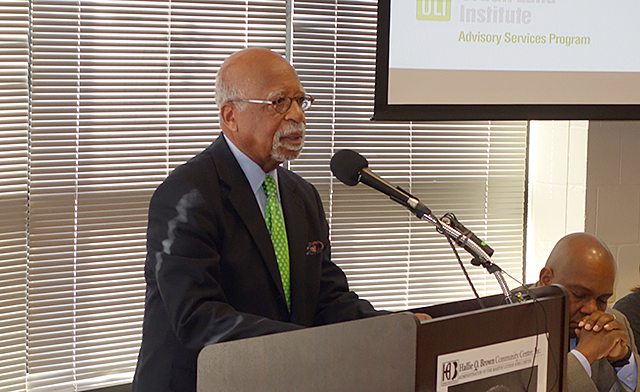 MinnPost photo by Peter Callaghan
Marvin Anderson: “I’m here to make sure that Rondo is not just a memory but that it’s a living spirit that stays alive.”

Black households, especially those led by native-born blacks, are far more likely to be housing cost burdened — defined as needing to devote more than 30 percent of household income to housing. While that number is 34 percent for all Twin Cities residents, it climbs to 62.7 for U.S.-born blacks and 53.4 for foreign-born blacks. In St. Paul, the median family income is $54,000. It is $36,189 in Rondo. Yet Graham’s estimates of the housing market shows that housing costs are roughly the same in Rondo as in the rest of St. Paul.

Potential uses of the land created by the bridge are housing, commercial and institutional. Selling or renting land is one of the primary means of paying for its creation.

“Under current market conditions, this is really a challenging location for a significant amount of retail or other uses like office space,” Graham said. “These commercial uses are more likely to locate on the nearby commercial corridors like Selby and University.”

She suggested a market analysis and financial feasibility analysis, including an affordable housing assessment.

One of the panelists referred to the project as a “moonshot dream.” And Richardson later said that while it seems like a big project, he compared it to the joke, “How do you eat an elephant?’ One bite at a time.”

‘An idea whose time has come’

“Moonshot to me sounds somewhat unrealistic,” he added. “This is an idea whose time has come. It is a vision that really can be achieved. I really do hope we come back someday and will be able to shop and eat and walk across the bridge that has been envisioned.”

Rodney Crim, the president of the St. Louis Economic Development Partnership, gave the community its assignment for the next 12 to 24 months: raise $6 million to plant the seeds for the land bridge. Of that, $200,000 would go to community outreach, $3.6 million for assessment and analysis such as market and financial analyses, $1 milion to build the organizations and foundations that might further the project, and $1.2 million for what was termed other opportunities such as connecting the project to regional organizations, form a Rondo Redevelopment Authority and create a small business formation program with a goal of creating 300 African-American and ethnically diverse new businesses.

Money, the panel suggested, would come from governments, with a request that St. Paul Mayor Melvin Carter commit the city to be among the first; foundations; corporations; and small-donor crowdfunding. Carter grew up in and lives in Rondo. His family were among many who lost property during I-94 construction.

One attendee, seeing that the team was not from St. Paul but elsewhere in the country, wondered if they “felt the spirit of Rondo.” Crim responded by describing a visit to one of the hearts of the Rondo neighborhood, the Golden Thyme Coffee and Café on Selby.

“The whole team got the bug,” Crim said. “Everybody was just fired up about Rondo. We’ve been feeling it, experiencing it, eating it and everything.”

‘Fired up about Rondo’: Land-bridge concept for St. Paul neighborhood gets a boost