The Minnesota Legislature and the courts are once again butting heads over whether the state should release more people from its sex offender treatment program.

Last week, the Minnesota Supreme Court declined to overturn a January ruling from the state’s appeals court that sex offender Kirk Fugelseth no longer needed inpatient treatment for a sexual psychopathic disorder and approved him for unconditional release, meaning he will no longer be monitored by the state.

Releasing the offender was an unusual move from the appeals court, and it conflicts with how state officials have been interpreting the law on releasing sex offenders. Currently, offenders who want to leave the Minnesota Sex Offender Program (MSOP) can petition a judicial panel for release and be granted provisional discharge, which involves the offender moving into a group home and being monitored 24/7 by the state. Generally, only after that happens can they can be unconditionally released into the community.

The recent ruling has lawmakers scrambling to clarify state law to make sure nearly two dozen offenders like Fugelseth aren’t suddenly released without supervision. On Monday, the state Senate unanimously approved a proposal that would make it clear in state law that the extra step — provisional discharge — is still the standard.

“It’s simply unbelievable that Minnesotans’ safety is put in jeopardy by the court’s decision,” said bill author Sen. Warren Limmer, R-Maple Grove. “Violent sex offenders and mentally ill people should not be released until we are absolutely sure they are no longer a danger to our community. In the past, the state has set a high bar for release of dangerous people who are previously civilly committed.”

Fugelseth was civilly committed for treatment in MSOP 15 years ago after admitting to molesting more than two dozen children across several states. MSOP was started in the mid 1990s as a way to treat people with sexual disorders, and the concept was simple: Offenders were civilly committed to the program for treatment indefinitely, often after serving a prison sentence, or until experts decided it was safe to release them. Today, the program houses more than 700 offenders.

Other than Fugelseth, there are 21 offenders in MSOP who have been provisionally discharged or have orders to be provisionally discharged and could be released unconditionally under the appeals court ruling, said Chuck Johnson, the acting commissioner of the Department of Human Services, which runs MSOP. Before Fugelseth, only one other individual has ever been unconditionally released from the program. 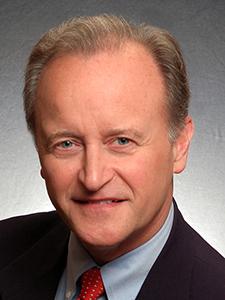 The ruling could also apply to 120 other offenders in MSOP who are awaiting placement in the final phase of treatment in the program, as well as more than 200 patients on provisional discharge who were committed as mentally ill and dangerous and currently reside in the state’s security hospital in St. Peter.

“It could be days or weeks,” before some of the offenders furthest along in the process of discharge could be released, Johnson said.

Dealing with legal challenges with MSOP is familiar territory for lawmakers. For years, the program was the subject of a class action lawsuit that argued the program was unconstitutional because it confined offenders indefinitely but rarely let anyone out. In the first 20 years of the program, no one was ever released.

In June of 2015, federal judge Donovan Frank ruled the program was unconstitutional because it created a “climate of despair” that made treatment ineffective. Frank didn’t order the program to shut down, but he did direct the state to begin a two-year process of reviewing every offender currently in treatment. After that ruling, more offenders started moving through the phases of treatment within MSOP and were being placed in group homes, even if Frank’s ruling was ultimately struck down by the 8th Circuit Court of Appeals.

Limmer has been a critic of the program in the past, particularly a number of offenders in the population who have only juvenile offenses on their record and are now indefinitely confined in MSOP.  “I would always hope that there’s a need for redemption in individual lives, but this is a very unique population,” Limmer said. “This population there might be a few people that are adapting well to their treatment and the programing that they have in our system but, nevertheless, I think there are many in the system that should not be released.”