Harry Davis remembered turning on the television on that April night and hearing the newscaster tells his viewers: “It looks like there is going to be another riot in north Minneapolis. Young men are running up and down Olson Highway.”

The Minneapolis civil rights leader had been on the scene on the city’s north side a year earlier, when young blacks had torched storefront businesses on Plymouth Avenue. Then, Davis and other community activists had succeeded in preventing the Plymouth Avenue disturbance from erupting into a full-scale riot. But now, following the April 4 assassination of the Rev. Martin Luther King Jr., violence was sweeping through urban centers all across the country. Minneapolis could be next.

“Without waiting to be summoned, I jumped into my car and headed back to my old neighborhood. I knew that was where I needed to be,” Davis wrote in his 2002 autobiography, “Overcoming.”

Mayor and police chief already there

When Davis got to Olson Highway, he spotted a cluster of police cars around the Sumner Library. Minneapolis Mayor Arthur Naftalin and his police chief were already on the scene.

“The street was also full of distraught and fearful neighborhood residents,” Davis recalled. “I was a bit fearful myself. When you wade into a crowd like that, you never know what is going to happen. But I was reassured to see that there were no police decked out in riot gear and no sign of anyone doing anything obviously criminal.”

By now, several members of the city’s newly formed Urban Coalition had joined Davis and Naftalin at the Sumner Library. The coalition had been formed in response to the 1967 Plymouth Avenue disturbance. It had brought together the city’s key leaders in an effort to deal with the underlying causes of the racial unrest on the North Side.

Fran Van Konynenburg, an executive with WCCO radio and television and an Urban Coalition board member, offered to put the resources of his media organization at the coalition’s disposal. Davis and the group assembled at the Sumner Library quickly drafted a statement that was broadcast by Van Konynenburg ’s radio and television stations. The statement declared: “Racism killed Dr. Martin Luther King. In recognition that such racism exists here in Minneapolis, though hopefully in less violent form, the Urban Coalition of Minneapolis will organize immediately an anti-racism program to deal in our area with this basic root of tragic violence in America.”

‘This does not end our march for freedom’

Davis used a loudspeaker to address the people who had assembled in front of the library on Olson Highway. “Let’s not make this look like Los Angeles or Detroit,” Davis told the group. “Let’s not tear up our own neighborhood. Dr. Martin Luther King was shot and killed. Our leader is lost, but this does not end our march for freedom.” 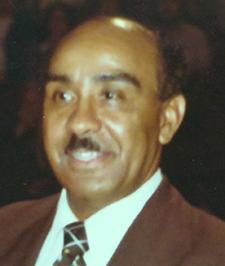 The impromptu rally had a calming effect on the crowd that had assembled in front of the Sumner Library, Davis later noted. “After a public tragedy, people just want to come together, it seems. They want to hear someone saying something reassuring like, ‘Look, Martin Luther King is gone, but he would expect us to carry on. What we are doing here in Minneapolis is trying to get jobs, better, housing, better education. We’ve got the Urban Coalition. … We’ve got a chance to make things better.”

Two days later, on Sunday afternoon, thousands of Minnesotans braved a pelting rainstorm to pay their respects to King at marches throughout the Twin Cities. The Minneapolis Star’s Jim Shoop joined one mainly white group on Plymouth Avenue, the site of the 1967 racial disturbance. Shoop was joined by his wife, Priscilla, and their three children, ranging in age from 8 to 3½. He reported:

We lined up eight or nine abreast and we began to move slowly, quietly up 7th Street towards Plymouth. They kept coming, young men and old, and a few beards here and there, but mostly they were clean-shaven in conservative raincoats and topcoats. No one talked. There were no signs, no banners, no singing. Even the children seemed to sense the solemnity of the occasion — the usual fussing, fidgeting, giggling and whining was absent.

We passed small groups of Negroes gathered in doorways, staring curiously but impassively. There were no incidents, no bitterness, no sound except the steady shuffle of feet out of step with each other but clearly in step with the times. On each side of the line, Negro youths on motorcycles and others carrying short wave radios helped keep the throngs orderly. But they were hardly needed.

Over that April weekend, there were riots in more than 100 American towns and cities in the aftermath of the King assassination. But during those troubling days in 1968, the Twin Cities stayed calm.

April 1968: In the aftermath of the King assassination, a calm Twin Cities