In even-numbered years Minnesota legislators typically gather for a short session in St. Paul, where they deal with any unfinished budget issues, maybe pass a package to fund construction projects across the state, and move through a few measures that make for nice slogans on the fall campaign trail.

The session has already been one of the busiest in recent memory, with a flurry of bills making their way through committees with a handful of high-profile — and unexpected — issues taking center stage. When legislators come back from a spring break next week, here are the big issues that will be at the top of their agenda:

Guns and school safety
Just one week before Minnesota lawmakers were set to convene the 2018 session, 19-year-old Nikolas Cruz opened fire in a high school in Parkland, Florida, killing 17 people and wounding 17 more. The shooting set off an unexpectedly passionate debate at the Capitol this year about guns and safety in schools, one that’s consumed much of the first half of session — and that will likely continue until lawmakers adjourn in May.

In March, gun control advocates flooded the Capitol to support two measures — one that would require universal background checks for private gun sales in most situations, and another that would allow family members to petition a court for a restraining order to prevent someone from possessing a gun. Those were heard in a House committee but then quickly tabled by Republicans. An effort to bring the measures back up for debate failed just before lawmakers went on break.

But while gun control measures appear to be stalled for the year, both parties are still pushing to pass several school safety bills. Just before the break, House Republicans rolled out a $50 million package of proposals that increased an already-existing fund used to pay for school safety measures like cameras and security officers, while also loosening up some restrictions on districts to spend that funding. Their proposal overlaps somewhat with the $21 million that DFL Gov. Mark Dayton is proposing to spend, including more funding for mental health and school resource officers.

Sexual harassment
After the resignations of three Minnesota politicians — two legislators and one U.S. senator — last year over allegations of sexual harassment in politics, many assumed the debate over how to fix the Capitol workplace culture would dominate the 2018 session. But there have been no votes or major proposals put forward yet this session, prompting Democrats late last week to try to force a vote on a bill to establish a task force of outside experts to look at sexual harassment in politics. 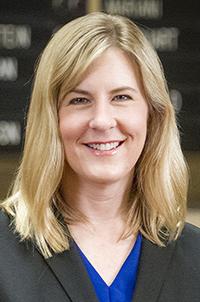 “Since we are clearly not able to do this work in a timely fashion, it’s time to call on outside experts to assist us,” said DFL House Minority Leader Melissa Hortman, who brought up the motion to force a vote.

Republican House Majority Leader Joyce Peppin pushed back on the characterization that the Legislature has done nothing on the issue this year. Peppin chairs a House subcommittee on workplace safety that has met nearly every week since session started, she said, and already they’ve heard testimony from outside experts and legislators on ideas on how to make the Capitol a better place to work. Peppin said she intends to put forward a proposal based off those hearings. Dayton has also proposed spending $6 million to create a central office in state agencies to deal with all reports and investigation of sexual harassment.

The vote failed in the House, but several of the women who first came forward about their experiences with harassment in Minnesota politics were on the floor during the debate, including Lindsey Port, who told MinnPost in November about being grabbed by former DFL Sen. Dan Schoen as a candidate at a 2015 event, and DFL Rep. Erin Maye Quade, who received unwanted invitations and comments about her appearance over text messages from Schoen and former Rep. Tony Cornish. Both men resigned in December, but Cornish was seen in committee hearings lobbying legislators as a citizen last week, which made several women who spoke up about his advances uncomfortable.

“It’s been 129 days since I asked for this task force, 129 days that experts could have gotten together, made recommendations to this body to vote on,” Maye Quade, who authored the bill for the task force, said on the floor. “The truth is, if somebody who does not work and is employed in this Legislature was harassed today, the policy has not changed. Nothing has changed for those people.”

MNLARS
The most hard-fought political battle of the 2018 session to date has been over a once little-known state licensing and renewal and registration system, known around the Capitol as MNLARS. The system, first rolled out last summer, was immediately plagued by technical problems and long delays for people trying to get their registrations and renewals processed.

The problems aren’t exactly letting up, so heading into the 2018 session, Dayton asked legislators to pass an emergency $10 million in funding to maintain the staff needed to fix the problem. But Republicans pushed back, arguing the administration needs to be more accountable with the funding and should use existing money by cutting other agency budgets. After weeks of debate, Republicans and the governor finally agreed to a package that included nearly all of the $10 million that was needed — not from agency budgets — and some oversight of spending from the Office of the Legislative Auditor.

But if that wasn’t challenging enough, the governor says he still needs another at least $30 million more from the Legislature this year to keep their planned fixes to the system on track, and another tough negotiation over that funding is an almost a certainty.

What’s more, the debacle has prompted Republicans to introduce a slew of changes to the state’s IT systems, in some cases all but abolishing the current department that runs technology for the state, MN.IT, and opening up software development to more outside companies.

Bad drivers
Late last year, insurance company QuoteWizard ranked Minnesota drivers the second worst in the nation, noting an increase in speeding tickets, DUIs, citations and fatalities on the roadways. This year, lawmakers have introduced an unprecedented number of proposals that aim to crack down on bad driving practices, addressing everything from repeat drunk driving to cellphone usage in cars. 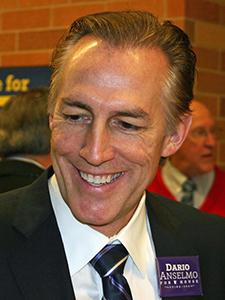 A few of the proposals are gaining traction and are likely to make it to the governor’s desk. A bipartisan group of legislators and Dayton are already on board to pass a proposal that would make Minnesota one of 15 states that bans people from using hand-held devices while they’re driving. Rep. Dario Anselmo, R-Edina, said he also has bipartisan support for a bill that would allow the state to revoke someone’s driver’s license for at least 10 years after five drunk driving offenses, and lawmakers also want to crack down on people who drive snowmobiles while drunk. Another bill would increase penalties for people who drive too slowly in the left lane of highways.

Taxes
Perhaps the biggest debate of the year hasn’t really picked up in earnest yet. Lawmakers are facing a complicated task of modifying Minnesota’s tax code to line up with the federal one — a process known as tax conformity — after Congress and President Donald Trump pushed through the massive tax bill late last year.

Conformity is usually relatively straighforward, with lawmakers tweaking state law to make it easier for Minnesota taxpayers do fill out their forms. But changes in the standard deduction and the elimination of certain exemptions at the federal level means simply lining up the state code with federal law could mean tax increases for some Minnesotans, particularly families who claim multiple dependents.

Both sides are treading carefully so far. Dayton teed up the debate in his budget proposal, which would delink Minnesota’s tax system from the federal government’s, allowing state lawmakers to set their own deductions and exemptions. Dayton’s plan also includes a new tax credit for people who make less than $140,000 per year, or $280,000 for couples, while increasing taxes on some foreign income and reinstating an inflator on business property taxes, among other things.

Republicans have pushed back on the idea of raising taxes on businesses in any way, especially the reinstitution of the property tax inflator, which was abolished just last year. They haven’t put forward their own proposal on tax conformity yet, and the debate is expected to consume the second half of the session. Some around the Capitol are already whispering about a possible special session to get all of the work done.