The Minnesota House made major changes Wednesday to its internal policies on sexual harassment, including adding tougher language on retaliation, new reporting requirements and enabling staff to bring in outside investigators when necessary.

The updates to the House policy were welcomed by members of both parties, after the debate over sexual harassment culture in state politics exploded late last year. Two legislators, DFL Sen. Dan Schoen and Republican Rep. Tony Cornish, resigned in December amid multiple allegations of sexual harassment during their time in office.

But the revamped policy doesn’t include any new requirements for lawmakers to make information about sexual harassment cases and the investigation process more open to the public, a provision some groups called for after allegations first surfaced in media reports.

“There is scant if any public information that comes out of [the new House policy],” said Matt Ehling, a member of the Minnesota Coalition on Government Information and founder of Public Record Media, both of which advocate to make more government records open to the public. “It keeps the entire process within the purview of the legislative leaders.”

The Minnesota Legislature is exempt from the state’s data practices law, meaning members of the public and the media cannot request legislators’ email correspondence or documents like employee records and internal investigative documents. As a result, any information about sexual harassment cases and investigations is not public, and top leaders have been reluctant to release any details in the wake of the Schoen and Cornish resignations, including even the total number of sexual harassment complaints they’ve received. Cases have only became public after victims of harassment told their stories in the media.

The new policies, introduced this week and adopted formally by legislators on Wednesday, don’t change that, but do include stronger language requiring confidentiality throughout the process: from the reporting of an initial complaint through an investigation to any kind of discipline that’s administered.

“There are a lot of references in there to confidentiality,” Ehling said. “There is no public knowledge or reporting of what discipline was handed out.”

Republican House Majority Leader Joyce Peppin, who led an effort with House staff and employment law experts to review and rewrite the House policy, said she tried to strike a balance in updating the policy between “confidentiality and transparency.”

“The reason that confidentiality is so important is because when you are dealing with people bringing their stories forward you want to make sure they have some level of privacy. On the other side, if someone is being accused of something and maybe they can prove they didn’t do what they are being accused of, they should also have privacy,” Peppin said. “I think in the initial stages of when [human resources] is looking at the investigation there needs to be confidentiality. If it makes sense for that information to come out then it will.”

The new policy does require reporting of sexual harassment complaints to leaders of both parties. Previously, leaders of each caucus were not aware of some of the complaints lodged against members who were not in their party. The new proposal would also allow the House’s human resources department to hire an outside investigator without approval of legislative leaders if they believe allegations warrant a deeper look.

The House hired employment firm NeuVest late last year to investigate allegations against Cornish. The firm’s report was completed in February, but it was not released to the public. The a summary of the findings, drafted by House staff, was released in March only after reporters inquired about the status of the investigation. House leaders in both parties agreed to keep the findings confidential because they felt releasing them would have a “chilling effect” on future reports of harassment. 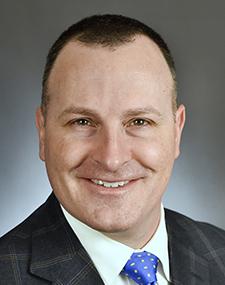 Rep. John Lesch, DFL-St. Paul, who authored different changes to House rules to deal with the issues of sexual harassment, said he hoped there would be some kind of public reporting requirement in the new policy. “If this stuff can’t be handled behind closed doors — and on top of it we’re not compelled to be accountable — I’m concerned that some things could not change,” said Lesch, who is also carrying a bill to make the legislature subject to the state’s data practices law.

Under Lesch’s proposal, authored with Rep. Marion O’Neill, R-Maple Lake, a sexual harassment complaint with specific evidence would head automatically to the House Ethics Committee, the panel charged with reviewing misconduct complaints against members. The ethics committee would have 30 days to decide if there is probable cause in the case. Only if committee members, made up of equal numbers of Republicans and Democrats, decided there was probable cause would there be an investigation and a public hearing in front of the committee.

The new House policy doesn’t change the role of the House Ethics Committee, which can already hold a public hearing on a sexual harassment claim if one is brought forward. The ethics committee can investigate a claim and set in motion a vote to expel a member, which requires a two-thirds majority. No legislator has ever been called before the ethics committee or expelled over sexual harassment allegations.

“We work in a really public environment here, and most of what we do is in the public sphere,” said O’Neill. “Here on the House floor, that’s public, when we are in committee, that’s public, so I think that it’s still a very public process.”

Peppin added that the discussion is not over. Legislators on Wednesday also passed a resolution to create a task force that will continue to meet and discuss the issue of sexual harassment even after session adjourns in May. That task force will look into establishing a hotline and email line for reporting harassment, send out a community survey on harassment and policies and create a dedicated webpage for posting the House’s policies and resources for reporting complaints.

It will also keep the conversation going on the piece about public reporting and other areas of concern, she said. “I don’t view this necessarily as the end of the process or the end of looking at what we can do,” Peppin said. “We need to take action now, get a good start and let our staff have additional time to find out if there are additional things that we should be doing.”