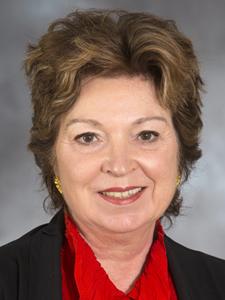 In the final weeks of the 2018 legislative session, Minnesota lawmakers will need to figure out how to spend a budget surplus; possibly pass a large package of construction projects; and sort out a complicated slew of new tax changes.

Now they’re adding another item to that agenda: selecting a new member of the University of Minnesota Board of Regents, the 12-member body that governs the system and its five campuses across the state.

That task comes after Regent Patricia Simmons unexpectedly announced her resignation from the board, midway through her six-year term. After some questions about the timing of her departure, Simmons recently submitted her resignation effective April 2. This week, state legislators kicked off the process of finding her replacement.

“Among all of the other things we are trying to hash and settle at the Legislature … this is another thing we need to settle this year,” Republican House Higher Education Chairman Bud Nornes said.

Those applications, due April 16, will be vetted by a joint committee of the House and Senate, which will make recommendations to all 201 members of the Legislature, who will cast a vote on the new regent in a joint convention.

But the unexpected appointment not only gives the Legislature a chance to install a new person on the board, it also spotlights a substantial change lawmakers are hoping to make in the regent selection process: Cutting the state’s 30-year-old citizen advisory committee out of the process and leaving the task entirely up to legislators.

There has been a Board of Regents longer than there’s been a state of Minnesota. When the University of Minnesota was founded in 1851, seven years before statehood, leaders immediately established a 12-member board that would have power in making major decisions regarding the institution. Among them: approve university programs and long-term plans for the system; maintain the U’s autonomy and standing in the state; and replace the president when necessary. Regents are unpaid and serve staggered six-year terms.

There are eight seats on the Board of Regents that represent different geographic areas of Minnesota, based on the state’s congressional districts; plus four at-large seats. Their selection is etched into the state’s Constitution, which notes that regents are to be selected in odd numbered years by the Legislature in a joint convention of the House and Senate, which is now made up of 201 members.

The system is unique: Most states allow for gubernatorial or other appointments to the board or have a smaller group of lawmakers or university officials make regent selection. In Michigan, members of the board of regents must run on a statewide ballot. No other state but Minnesota selects regents with a vote of every single legislator.

But the timing is important. If lawmakers don’t vote on a regent selection before they adjourn on May 22, Gov. Mark Dayton would be able to select the replacement. Depending on how many candidates submit applications, the process could be a slog in the midst of an already busy and short session, Nornes said.

A joint committee of the House and Senate higher education committee will meet and start vetting candidates quickly after the April 16 application deadline. Nornes said he knows of at least one or two people who are likely to apply, but the process is “wide open” at this point.

“It’s a board that’s pretty diverse right now in terms of their backgrounds, so the candidate has to be able to work well with others,” Nornes said. “I think you have to be somebody that’s independent and working for the best interest of the university.”

Typically over the years, the candidate from the seat that represents southern Minnesota has had some ties to the Mayo Clinic. Simmons was a retired Mayo Clinic physician, and she would like to see someone with similar qualifications replace her on the board, she told the Pioneer Press.

But Nornes said that’s not necessarily a priority for him, even suggesting it could be a conflict to have someone from Mayo on the Board of Regents for the university, which has its own hospital system. “I’m not hung up on that,” he said. “I’m looking for as broad field of candidates.”

Usually, lawmakers have help in vetting candidates from a group of 24 citizens that make up the Regent Candidate Advisory Council. The council was created in 1988 as a way to bring citizen input into the process and help lawmakers sift through applications.

But they are bypassing the group with this unexpected appointment, and lawmakers are also moving forward with a proposal in the House and Senate that would get rid of the RCAC going forward, instead establishing Legislative Commission on Regent Selection. The commission would consist of four members of the House and four members of the Senate, appointed by caucus leaders and equally divided by political party. 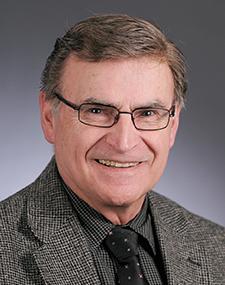 Nornes said the proposal is not meant to be a criticism of the work done by the RCAC, but there have been discussions in St. Paul for years about “streamlining” the process. Nornes has said some have argued the RCAC is far too big, and the process of being vetted by the citizen committee and also lobbying legislators for a vote is too arduous for some candidates, especially since it’s an unpaid position.

Fischbach, who is carrying the proposal in the Senate, said it’s legislators constitutional duty to elect regents, so they need to be involved in every step of the process, from the vetting to the final vote in the joint convention. In some cases, legislators may have elevated a different set of candidates, Fischbach said. Last year, in replacing openings on the board, she noted, the RCAC didn’t put forward any women as possible candidates.

Even after finalists make it to the joint convention for a vote, any legislator from any district can nominate someone different from the floor if they are unsatisfied with their choices. In the past, there have been long joint conventions due to nominations from the floor. “That’s why we did even numbers from both parties,” Fischbach said. “It’s not partisan, it is even, and hopefully legislators will feel they have more ownership over the selection.”

Daniel Wolter, one of several vice chairs of the RCAC, said the group doesn’t have a position on the proposal moving through the House and Senate, and they know they serve in an advisory role to legislators, the ultimate deciders. But he did emphasize how much work the group puts into the vetting process. During the last round of appointments, the RCAC vetted 16 candidates for four open spots.

“It was six months of pretty aggressive work screening applications, doing reference checks and interviewing candidates,” said Wolter, who used to work in the legislature under Steve Sviggum, now a regent. “That’s a lot of work for lawmakers, especially chairs of committees, to try and fit into their schedules.”

“There is value to having various citizen perspectives in the decision. We are a diverse group of 24 citizens and we are not a partisan group,” he added. “We all know it’s going to be a political process at the end but we think there are some definite values that we bring.”