It might seem like things are going relatively well in Minnesota: Legislators passed a two-year budget last year, and this year, the state boasts a healthy surplus.

So why were lawmakers talking Tuesday about a government shutdown?

In the House State Government Finance Committee, lawmakers debated two bills that would continue some level of funding for state government programs in the event legislators do not pass a two-year state budget by July 1 in odd-numbered years, as the state constitution requires. While some state functions are financed through ongoing and automatic funding, most programs receive their funding directly through appropriations from lawmakers. Without such funding, those programs cannot continue.

Instead of shutting the programs down, one of the proposals debated this week would continue state funding at the same level as the year before for things like road projects, prisons, parks, child care and other health care programs tied to federal funding. Another bill would take a different approach: continuing funding for all state services, but only a 90 percent of what those services received in the most recent year.

For many legislators, the memories are still fresh from the last government shutdown in 2011, when the state faced a nearly $6 billion budget deficit and a Republican-controlled Legislature and DFL Gov. Mark Dayton couldn’t reach an agreement over how to address it. The state government shut down for 20 days and roughly 19,000 state workers were temporarily laid off.

The motivation behind both bills is the same: to have some funding for state programs if that ever happens again. “This bill won’t be needed unless there’s a government shutdown, and of course, we hope that never happens,” said Rep. Jim Knoblach, R-St. Cloud, the author of one of the bills.

Knoblach used to push back on the idea of letting any state funding continue if lawmakers couldn’t reach a deal. The deadline exists to give lawmakers motivation to get their work done and pass a budget deal. But he’s changed his position, particularly after the Legislature went to court last summer with the governor over his decision to line-item veto funding for the House and Senate.

The Minnesota Supreme Court upheld Dayton’s veto, but they also included an important footnote in their ruling: The separation of powers prevents the courts from providing emergency funding for state programs, even in the event of the shutdown. The Constitution gives the so-called power of the purse to the Legislature, not the courts. “We are unaware of any authority that allows the Judicial Branch to authorize spending simply because parties ask a court to do so,” the ruling reads. “In fact, our cases suggest that the Judicial branch does not have the inherent power to appropriate money.” 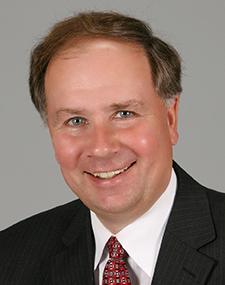 That ruling flies in the face of three findings from lower courts — all of which were dealing with imminent or ongoing government shutdowns at some point over the last 15 years — that the judicial branch can provide funding in the case of an emergency. It could also make any future shutdown a lot more painful for Minnesotans and politicians. “I’ve thought the June 30th deadline ought to be enough time for the Legislature and the governor to get things done…but the recent Supreme Court case between Gov. Dayton and the Legislature has changed the landscape,” Knoblach said. “Minnesotans in the future will likely be facing much harder shutdowns of services than they have in the past.”

The author of the other bill, Rep. Randy Jessup, R-Shoreview, was not in the Legislature during the last government shutdown, but he remembers how it made him feel as a citizen. “For 21 days in 2011 we were in the national news, and we were not being viewed very positively on a national level,” he said. “Minnesotan citizens want us to come together and get things done.”

His proposal would fund state services at 90 percent of their most recent funding levels. Facing a possible 10 percent cut of services across the board, Jessup said his bill would provide some motivation for lawmakers to strike a deal. “It behooves us to come up with a piece of legislation that is onerous to make sure we do get a budget accomplished in the future,” Jessup said. 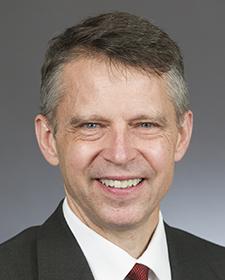 Neither bill tries to define what an “essential” state services is, an arduous task that was attempted during the 2011 government shutdown. A district court judge appointed former Supreme Court Chief Justice Kathleen Blatz to preside over weeks of hearings to hear pleas for and against funding certain state services.

Only two states — Wisconsin and Rhode Island — allow broad and automatic state spending  even without a budget deal. In Wisconsin, if the Legislature does not amend or eliminate any existing appropriation on or before the beginning of a new biennium, all existing appropriations are in effect in the new fiscal year and all subsequent fiscal years until amended or eliminated.

And while times are good in Minnesota now, Knoblach said, there’s no better time to put some kind of measure in place incase things go bad. “I think we should do something on this this year. We are fortunate we have a budget surplus, it’s an even numbered year and we don’t have any kind of an imminent situation,” he said. “Dayton has expressed some interest in doing something on this.”

Wait, why are Minnesota lawmakers now talking about a government shutdown?