A pending supplemental budget bill that is nearing a negotiated agreement between the House and Senate contains an issue that hasn’t gotten a lot of attention at the statehouse — but has generated plenty of controversy in Minneapolis and St. Paul.

The conference committee is close to a deal on reconciling omnibus bills — House File 4099 and Senate File 3656 — with dozens and dozens of spending and other issues embedded within them. One of the provisions creates what is termed a two-tiered wage system for the state’s minimum wage law. Activists in Minneapolis last summer and St. Paul this summer know it by other terms: the tip credit or tip penalty.

Minnesota is one of just seven states that doesn’t allow employers of tipped workers to count tips when calculating when minimum wage requirements are met. Minneapolis’ local minimum wage ordinance makes no distinction between tipped and un-tipped workers.

And while St. Paul is still considering details surrounding a local minimum wage, St. Paul Mayor Melvin Carter has come out against a tip credit.

But should the minimum wage provision end up in whatever supplemental spending bill reaches Gov. Mark Dayton, and should he end up signing it, the issue would be mostly moot at the local level.

Debate in the Twin Cities

The idea of a two-tiered minimum wage was controversial in Minneapolis and continues to be in St. Paul. Many tipped workers and restaurant owners pushed for the credit, arguing that tipped workers tend to make more than other restaurant workers and that restaurants would be financially stressed if they had to pay servers and bartenders even more than they already make with tips.

Opponents of the tip credit maintain that restaurant workers in states with what they call “One Fair Wage” are treated more fairly. And they cite incidences of wage theft where restaurant owners do not make up the difference between the lower minimum wage that tipped workers start at and the higher wages they must reach with their tips.

In testimony before a House committee last month, Minnesota AFL-CIO President Bill McCarthy said that the tip differential was removed by the Legislature in 1984. But it has become a regular part of the discussion on minimum wage.

“Here we are again,” McCarthy said.

“This is not an industry in crisis,” Wade Luneberg, secretary-treasurer of the UNITE-HERE union told the same committee. “The industry wants this exception because they want it.” But Luneberg said tips are a contract between the server and the customer, not the owner of the restaurant.

Opponents of a tip credit also raised concerns that making servers dependent on tips contributes to harassment of servers who are overwhelmingly female. Opposition to a tip credit became something of a litmus test for Minneapolis council members and mayoral candidates during the 2017 election. Similar pressures from activists led by $15 Now are being brought on the St. Paul Council.

And worker advocates in other states have been campaigning to have two-tiered wage systems eliminated in favor of a system without tip credits. A national organization — the Restaurant Opportunities Center — has made one fair wage a centerpiece of its work.

Rep. Pat Garofalo — along with Rep. Joe McDonald, R-Delano — was the author of a separate House bill (HF 4061) this session to introduce a two-tiered minimum age in Minnesota. That bill received a hearing only in the House. After hearing testimony from restaurant owners and some servers in favor and from labor advocates who opposed, the bill was set aside for possible inclusion in a future omnibus bill. It has now been included in the supplmental budget omnibus bill, and Garofalo is a member of the conference committee.

Garofalo, R-Farmington, said he heard testimony from restaurant workers who fear wage loses and job losses due to the economic pressures put on restaurant owners who have to increase pay for all workers, including those already making well above the minimum wage. He said it could lead to restaurants shifting away from table service toward counter service or other formats that require fewer servers. 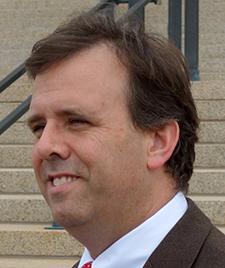 “Switching from table service to counter service means lower costs for the business but it means fewer high-wage, tipped employees,” he said. “That’s why some of these tipped employees are so aggressively advocating for it.”

Under the provisions in the current bill, a tipped worker would make at least $12 an hour for smaller businesses and $14 an hour for larger businesses. But an employer could count that worker’s tips to cover the difference between the state’s regular minimum wage rate and those higher levels. Only workers who make at least $30 a month in tips would be covered by these rules.

While it is likely that the minimum-wage changes will clear the House and Senate, at least the first time around, Dayton’s acceptance is less assured. His Department of Labor and Industry  commissioner, Ken Peterson, opposed the House bill in committee. Dayton could, however, end up having to decide whether blocking the change is worth vetoing the entire supplemental budget measure. UPDATE: Dayton Friday afternoon included the provision on a list of 117 items he doesn’t like in GOP omnibus bills, listing it among language “that needs to come out.“

“I’m pretty confident this is going to be signed into law,” Garafolo said.

Should Dayton end up vetoing the supplemental budget bill, Garofalo said he thinks it will be due to some other provisions inside, not the two-tiered wage issue.

Earlier this week, a delegation of members of a pro-tip credit group — Restaurant Workers of America — met with a senior Dayton staffer to make the case for the McDonald-Garafolo language, said RWA national president Jennifer Schellenberg, a Minneapolis bartender.