Voters in Minnesota’s 5th Congressional District unexpectedly got a big decision to make this summer: who should replace Keith Ellison?

The incumbent Democratic congressman, who has represented this district since 2007, announced this week that he would run for Minnesota attorney general after the current attorney general, Lori Swanson, made a last-minute jump into the governor’s race.

The 5th — which spans the city of Minneapolis and inner-ring Hennepin County suburbs like Brooklyn Center and St. Louis Park — is Minnesota’s most liberal district, preferring Democratic candidates by an average of 26 points, per the Cook Political Report. The winner of the August 14 DFL primary will be almost certainly the district’s next representative in Congress.

Six candidates have jumped into the primary race, a group that includes veteran state legislators, a candidate who was on the cover of TIME Magazine, a former candidate for governor, and a realtor who, in 2016, ran against Ellison as a Republican.

The pool of voters for the CD5 primary constitutes the blue heart of Minnesota’s progressive base. Differences between the DFL candidates will not be parsed in terms of progressive versus centrist, as in purple districts like Minnesota’s 1st; nor will candidates be compared and contrasted over their viewpoints on a single, hot-button issue, like 8th District Democrats are over mining.

Instead, the CD5 primary is likely to come down to candidates’ personalities and profiles — making it a referendum on where the future of the DFL lies: with seasoned veterans, or with ambitious rising stars?

With Ellison’s campaign for attorney general made official early Tuesday afternoon, Democrats hoping to fill his seat raced to the Secretary of State’s office to file their paperwork for Congress before the five o’clock deadline. 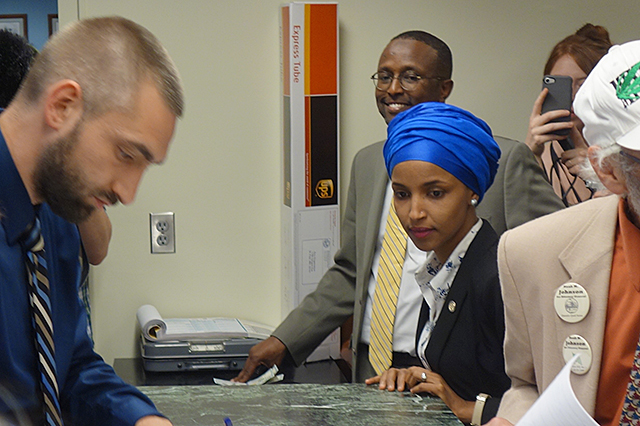 DFL operatives and insiders pointed to Anderson Kelliher early on as a leading candidate. The 50-year old, born in southern Minnesota’s Blue Earth County, served for over a decade in the Minnesota House, representing District 60A, then drawn to include south Minneapolis. She was House Speaker from 2007 to 2011, and frequently did battle with then-Gov. Tim Pawlenty.

After winning the DFL endorsement for governor in 2010 and losing to Gov. Mark Dayton in the primary, Anderson Kelliher became CEO of the Minnesota High Tech Association, a trade group that represents a variety of tech, manufacturing, and science companies.

The biggest splash into the race, however, was made by Omar, the 36-year old freshman state legislator who made national and international headlines in 2016 as the first Somali-American woman elected to a U.S. legislature. Omar is a favorite of Minneapolis’ progressive vanguard, and told reporters on Tuesday that she’d plan to continue Ellison’s legacy.

The sitting state senators in the running, Champion and Torres Ray, are veterans of St. Paul. Champion, a former assistant Minnesota attorney general, was elected to the House in 2009 and made the jump to the Senate in 2013, and represents much of north Minneapolis. He showed up to file for office in shorts and sneakers, telling reporters he was ready to go knock on doors immediately after. 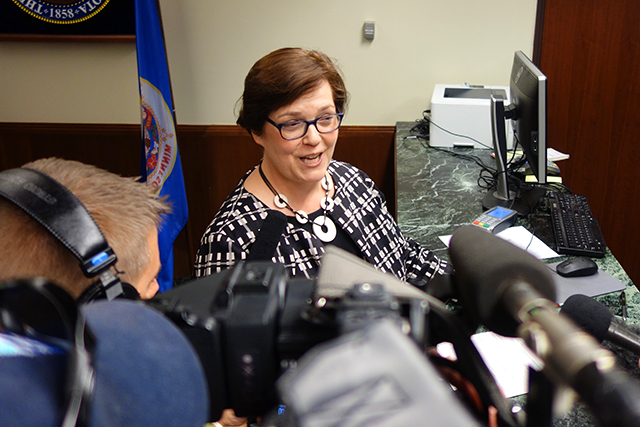 Torres Ray has represented a south Minneapolis state Senate district since 2007. Born in Colombia, Torres Ray is the first Latina woman to serve in the Minnesota Senate, and has been a prominent voice in Minnesota on issues affecting the Latino community. She’s also helped lead an initiative to increase the number of Latina women serving in state legislatures.

Abdulahi, an engineer by training and an activist who founded the DFL’s Somali Caucus, is positioning himself as a savvy political hand who is not a career politician. He filed for this office in 2017, when Ellison said he’d vacate the CD5 seat if he won his race to chair the Democratic National Committee, and managed to raise $65,000 before Ellison was defeated in the DNC race.

The former Republican in the race, realtor Frank Drake, was defeated soundly by Ellison in the 2016 general election, but has decided to run in the primary as a Democrat.

With the candidates largely in agreement about key items of progressive orthodoxy, such as single-payer health care, their case to primary voters will rest on the experience they bring to the table, and what issues they might focus on in Washington.

What will the race come down to, then? One veteran DFL operative predicted the race would become a battle between party elders and insurgent activists — a classic new guard, old guard split that is fueling tension in other DFL primary fights. 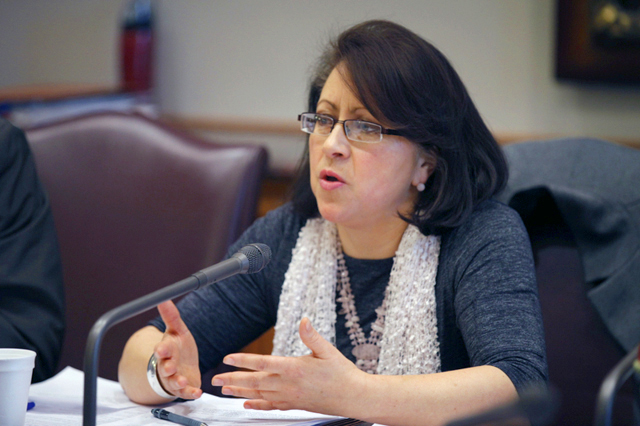 In exchanges with MinnPost, the primary candidates pushed back against that framing, but were more than willing to advance thinly-veiled criticism of their rivals that underscored the schism, anyway. The candidates with political experience touted their ability to get things done. Though they didn’t name her, it was clear they wished to draw a contrast with Omar, a legislative rookie but a true political star who has energized Minneapolis progressives.

Anderson Kelliher said that “I feel quite strongly that the residents of the 5th Congressional District are interested in having a proven, experienced leader to represent them in Congress, to build on the work that’s been done by Congressman Ellison and Congressman [Martin Olav] Sabo in the past.”

She added later that “I have not been sitting around mapping my next political move — I might be different than a few of the others in the race. I really have to start from scratch again.”

Champion said that he hoped CD5 voters will consider candidates’ political records. “There’s something to say about a track record — that gives you a sense of a person’s thinking,” he said. When you talk to someone who’s been working a long time in politics, Champion said, you know where they stand.

“Being there a shorter period of time and being excited is not enough. You’ve got to have someone who knows what it’s like when the wheels of justice move very slowly.”

But few political figures are as exciting to Minneapolis progressives as Omar. Her story — a Somali refugee who found politics growing up in the Cedar-Riverside neighborhood and worked her way to the legislature — embodies the kind of personal background many progressives now want to see in their candidates. Her campaign website declares a voice like Omar’s “has never been heard in Washington, D.C.” (Indeed, if successful, Omar would be positioned to make history again, as the first Somali and Muslim woman elected to Congress.) 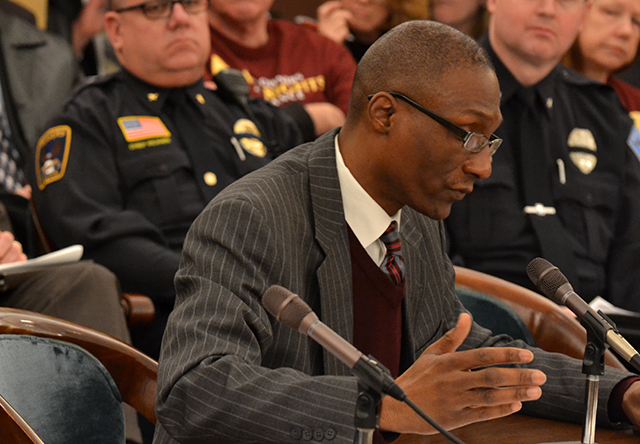 MinnPost file photo by James Nord
State Sen. Bobby Joe Champion, a former assistant Minnesota attorney general, was elected to the House in 2009 and made the jump to the Senate in 2013.

In a statement to MinnPost, Omar said “Congress is unable to be effective because it is not representative of those with the greatest need, those who need to be fought for. We don’t need people to fight for women, people of color, young people, and immigrants, we need to elevate and elect our voices to the decision-making table.”

Her pitch to voters centers on her ability to rally people to the polls and build a progressive coalition. In a statement, she said her “history-making” 2016 campaign increased voter turnout by 37 percent, “with a coalition of young people, people of color, new voters we brought into the DFL party. I am a coalition builder and will continue Congressman Ellison’s legacy of using the Minnesota Fifth District seat to fight for all of us not only in Washington but here at home.”

Other candidates in the race are telling voters that they provide the best of both worlds, and can excite voters while bringing legislative and policy experience to the table.

Torres Ray told MinnPost “I think my story is a compelling story. I think I’m the most qualified candidate: I’m a first-generation immigrant who has lived the American dream. I went from being a factory worker to a powerful senator.”

She described an early call with supporters for her congressional campaign, in which a supporter said she would combine the strengths of the last two CD5 representatives: Sabo’s ability to secure support from D.C. for the district, and Ellison’s ability to build electoral coalitions.

“I’m not just an activist who cares deeply about energizing votes,” Torres Ray said. “I’m doing that because I want to go to Washington and do the work, and get the work done.”

Abdulahi, one of two candidates in the race not to have held office in the legislature, said that people are tired of career politicians and want someone fresh. He touted his experience as an engineer and in the private sector.

“I bring a unique experience,” he told MinnPost. “A lot of the people running, whether they’re a national celebrity, they’re mostly career politicians. That’s fundamentally one of the problems with our politics, and one of the reasons we’re in the predicament we’re in as a country.” 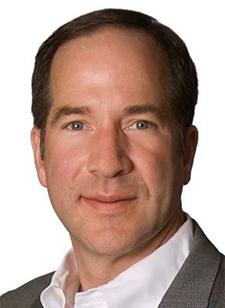 With 67 days to go until the primary, this DFL primary will be a rare all-out sprint to the finish, with candidates hustling to raise money, court endorsements and organize turnout. (Anderson Kelliher used a metaphor — building the airplane while you’re learning to fly it — to describe the primary experience.)

Darin Broton, a longtime DFL strategist, said the race is, in his view, between Anderson Kelliher and Omar. “[Anderson Kelliher] will be able to raise the money and tap into the voter-rich southwest Minneapolis network and the suburbs,” he said in an email. “[Omar] will mobilize Keith’s base, but with [Champion], [Abdulahi], and [Torres Ray] in the race, they’ll take at least 15 percent of the vote.”

On Thursday, the CD5 DFL announced it would hold a convention on June 17 to endorse a candidate, even though the six candidates currently in the race will all appear on the primary ballot.

Such a convention could put the DFL’s internal tensions — apparent at the messy state convention last weekend in Rochester — on clear display in its Minneapolis stronghold. One person who will not weigh in: the current occupant of this seat. Ellison indicated, as soon as he jumped in the race for attorney general, that he would not endorse anyone in the primary.

This article previously misidentified the area of Minneapolis that Margaret Anderson Kelliher represented in the state House.

The messy primary to replace Rep. Keith Ellison will center on who represents the future of the DFL