It’s not as though things were settled for the Minnesota DFL when the sun came up on Monday.

The party was already looking at a contested August primary for governor, with its newly endorsed candidate Erin Murphy facing off against U.S. Rep. Tim Walz.

But then things got even more unsettled. At a press conference convened in a downtown Minneapolis restaurant overlooking the IDS Crystal Court, Minnesota Attorney General Lori Swanson sat side-by-side with U.S. Rep. Rick Nolan to announce that the rumors were true. They too would be running as a ticket in the DFL primary for governor.

Suddenly the DFL was making the Minnesota GOP seem like the picture of unity. The Republicans, after all, only had two tickets vying for the party’s nomination in the August primary.

Yet Swanson’s entry in the race was especially disruptive, and not just because she is a proven vote-getter and Nolan is well-known across the state, having served two different stints in Congress. With her decision, Swanson created another open statewide elected office, a vacancy that could set off a domino effect among current and former politicians.

Former Attorney General and Swanson mentor Mike Hatch has already filed to run for the job (though he also said he’d withdraw if someone else “qualified” files), and Rep. Keith Ellison is also expected to run for the post, which would leave his seat in Congress open for a profusion of prospective candidates, all of whom will have make their decision to do so before Minnesota’s candidate filing deadline of 5 p.m. Tuesday. (UPDATE: Ellison did file for attorney general shortly after noon. State Rep. Deb Hilstrom also entered the DFL primary for the office earlier in the morning)

All of which means that coming out of their convention — a time when Republicans were having a press conference to introduce their endorsees and Tim Pawlenty was touring the state — Democrats were still trying to figure out who is running for what, and facing the prospect of having contested primaries up and down the ballot.

Contested primaries are bad. Unless they’re not.

Conventional wisdom is that contested primaries are bad for the party. In Rochester on Saturday, DFL state chair Ken Martin said the party should be focusing on the GOP and preserving money and good will for that fight.

But there is no clear evidence that contested primaries are necessarily bad. Current Gov. Mark Dayton not only bucked his party in 2010 and defeated their endorsed candidate, but he won the office. Rudy Perpich followed a similar path. And back in 2006 when she first became attorney general, Swanson pulled off the same feat. Somewhat ironically, Dayton endorsed the DFL’s endorsed candidate — Murphy — on Monday. 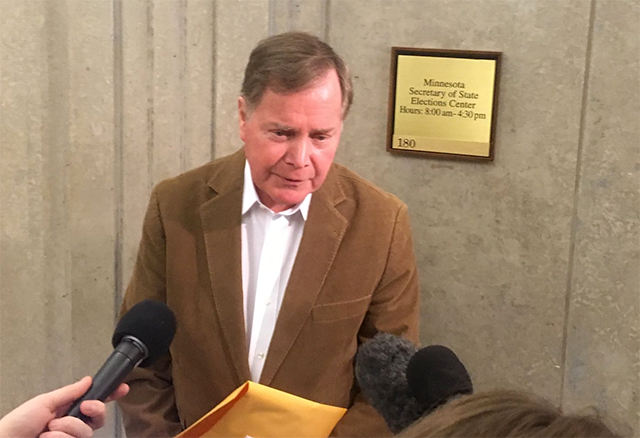 The endorsement is certainly an advantage. Many voters stick with the endorsement as a means of keeping the party influential. And the endorsee is given access to valuable party apparatus: voter lists, field operations, fundraising infrastructure.

But most of those bucking the endorsement have their own organizations and enough fundraising oomph to overcome some of the party’s official help. And Minnesota’s election calendar provides adequate time between its Aug. 14 primary and the Nov. 6 general election for both parties to coalesce behind their respective nominees.

Still, the narrative Monday among a lot of political people and the media was various versions of “DFL in Disarray.” Not surprisingly, Republicans seemed to enjoy the spectacle, especially since it drew attention away from their own version of disunity. As Pawlenty flew around the state making press appearances, Johnson said he would travel in an old Jeep, underlining his suggestions that Pawlenty thinks he can win by outspending rivals. 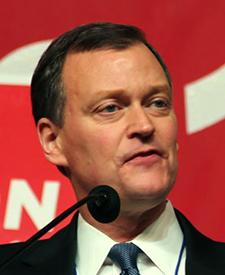 On Tuesday, Johnson seemed to acknowledge that his party wasn’t clear of chaos, either, and called on Pawlenty to drop out to clear the way for a single, endorsed GOP candidate: himself.

“The DFL is in complete disarray and grassroots Republicans are united around a candidate who can appeal to every faction of the party, including the new voters Trump brought out in 2016,” Johnson said. “With a united Republican party in the best position to win the governor’s office in many years, it’s time for Tim Pawlenty to do what’s best for Minnesota and the conservative cause and end his primary campaign for governor.”

If the purpose of political conventions is to arrive at a single candidate for major offices — to unify after months of disagreement, to avoid costly and perhaps politically damaging primary elections — it is hard to call either the DFL or GOP conventions a success.

But at least the Republicans knew going into their weekend in Duluth what the outcome would be: a primary between former Gov. Pawlenty and Hennepin County Commissioner Jeff Johnson. Johnson has been pursuing the endorsement for months, if not since he lost the general election in 2014. Pawlenty, claiming the “cake has been baked” when it came to the endorsement process, opted out of the contest. 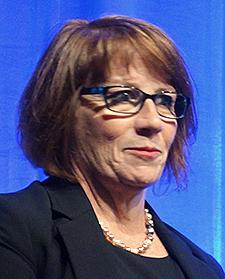 DFLers, however, had some hope — a small-but-measurable one — that they could unite behind a single governor candidate, at least before they actually met for three days at the Mayo Civic Center in Rochester. Practically, that would have happened only if Walz and Flanagan had gathered 60 percent support. Walz was the only one of the main three candidates who had refused to take the pledge to stay out of the governor’s race had someone else won the party endorsement.

While Walz won a plurality of delegates’ votes on the first ballot, he faded after that, and a seemingly desperate strategy with third-place balloter Rebecca Otto to urge a “no-endorsement” also failed.

So Walz didn’t even wait for state Rep. Erin Murphy to be endorsed before gathering his supporters at an outdoor plaza rally to declare that he would run regardless of what was happening inside the hall. Murphy’s next-day pick of state Rep. Erin Maye Quade to be her lieutenant governor could be seen as a way of strengthening her position among Twin Cities progressives for that primary battle with Walz and Flanagan.

A case of the Mondays

Walz and Flanagan did as promised when they filed for office at 10:30 a.m. Monday. But then rumors that had started at the convention — that Swanson was looking to team up with retiring Nolan to file for governor instead — were reported by Minnesota Lawyer.

Swanson had previously considered entering the governor’s race but decided to stay put and filed to run again for Minnesota attorney general on May 31, the day before the DFL convention began. The convention itself went less than well for her. On a first ballot against Minneapolis attorney Matt Pelikan, Swanson took just 52.2 percent of the vote. It was a majority, but not nearly the 60 percent needed for an endorsement — and not what a two-term DFL incumbent would normally be expected to win. 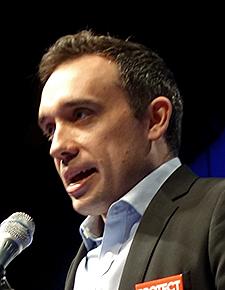 Before a second ballot could be conducted, DFL Chair Ken Martin announced that Swanson would no longer seek the endorsement. Shortly after that, the convention endorsed Pelikan by acclamation.

At the Monday press conference, Swanson was asked why she dropped out so quickly. She said she was asked to make pledges — including one to take guns away from police officers — and refused all such commitments.

She said she spoke with Nolan Saturday and met with him and his wife Mary on Sunday. “It was a request that was too compelling not to accept,” Nolan said of the offer from Swanson.

Her announcement gave new meaning to the phrase “hastily called.” Some reporters got phone calls informing them about the event; some never did; and many searched between two downtown Minneapolis hotels — many in the media were told only that the presser was at a Hilton — for the right one (it was the Marquette, for those keeping score).

Swanson and Nolan portrayed themselves as a problem-solvers and claimed they weren’t running against other tickets but “for Minnesotans.” As Walz and Pawlenty have done in recent weeks, Swanson spoke of a co-governing partnership with her lieutenant governor pick. “We’ve got big problems facing the state of Minnesota and we need all hands on deck,” she said.

Soon after, Walz and Flanagan issued a statement: “We welcome any newcomers to this race,” it began.

Another rumor flying around after the convention — this one false — involved Otto. She left the race Saturday with a cryptic statement that she and her running mate Zarina Baber would take the rest of the weekend to consider what to do. Would she renege on her pledge not to run in someone else was endorsed? Would she run under a third-party banner? Would she file for her current job of state auditor?

Fake news, she called it. “In this 24-7 news cycle and the fast paced nature of the convention due to the electronic voting, fake news has abounded,” she said. “To be clear, today I am announcing that I am suspending my campaign for governor.”