In recent weeks, several of the remaining candidates for governor have been making a big deal about announcing their choice of a running mate. The latest came Thursday with the not-all-that-dramatic reveal of Michelle Fischbach as Tim Pawlenty’s running mate, which created the political oddity of a former governor and a current lieutenant governor on the same ticket.

Now that all but one of the major candidates for governor have announced their running mate picks, most coming in the lead-up to the DFL and GOP endorsing conventions this weekend, it’s time to ask: Does it provide an advantage to anyone? Does it help win the endorsement — or put a ticket over the top in November?

The short answer: probably not.

Dane Smith, a senior fellow at Growth and Justice and a former longtime political reporter, said he couldn’t recall a single campaign where the second spot on a ticket made any difference, especially in the general election. “It’s a card that has to be played, and it’s one of the last cards they can play before an endorsement fight,” Smith said.

So why do politicians in Minnesota pay much attention to a job so inconsequential that it recently stayed vacant for five months?

While Pawlenty was the latest to announce his lieutenant governor choice, DFL candidate Tim Walz was the first. The U.S. congressman from Mankato got out ahead of the pack by naming state Rep. Peggy Flanagan as his running mate eight months ago. More recently, fellow DFL candidate Rebecca Otto choose Zarina Baber of Andover last month. The other major DFL candidate — state Rep. Erin Murphy — announced she will wait until after the convention to name a running mate.

In each case, candidates made the announcement with a claim that it would boost their candidacy and that the choice was capable of being governor if the unthinkable — or at least the unexpected — were to occur.

There is another political fact of life for lieutenant governor picks: They should be as different as possible from the candidate for governor. If the lieutenant governor choices announced so far have anything in common it’s that they don’t have much in common with the candidate who picked them. “The key is to balance out your perceived liabilities,” said Smith. “In modern times, candidates used it to balance around gender and region.” 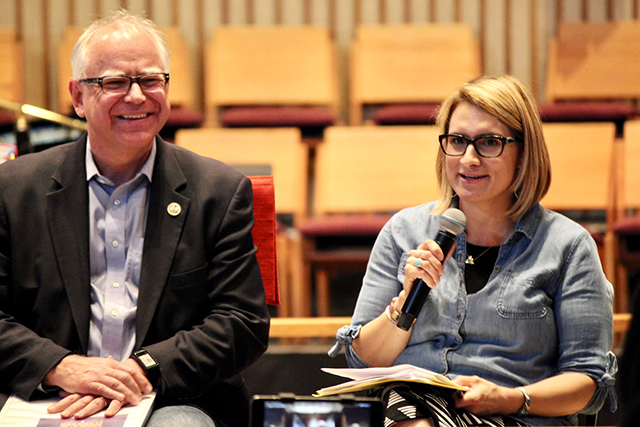 In other words, if the governor candidate is a man, the lieutenant governor pick is generally a woman. In fact, the office of lieutenant governor has been filled by a woman for the last 36 years, a fun fact made possible by the less-than-fun-fact that the state has never had a woman as governor.

Of the major candidates this year, only one — the GOP’s Giuliani Stephens — has chosen a man to be her running mate. Backer is a state representative from the western edge of the state. While that presents its own sort of ticket balancing — in both geography and gender — DFLer Otto didn’t feel the need to seek gender balance in naming Baber. Instead, she decided to make what she called a “history making choice”: the first Muslim candidate for statewide office.

It goes on. If the top spot is filled with a resident of the Twin Cities, the second pick is often from Greater Minnesota. If the candidate for governor has little experience in public office, the lieutenant governor frequently has gobs of it. Moderates might look for someone occupying a different spot on their party’s political spectrum.

This phenomenon is illustrated most dramatically by Walz’s choice of Flanagan: a woman, a member of the White Earth Band of Ojibwe and a Twin Cities resident with strong connections to urban progressive politics. Walz, obviously, is none of those.

The one place where a lieutenant governor pick could come in handy is at the parties’ respective conventions, which are taking place this weekend. When the electorate numbers in just the hundreds, having an extra candidate around for buttonholing and hand-shaking helps. And if they have been active in party politics, all the better: They come with a set of friends and allies that might be different from those of the governor candidate.

“Because of the system we have, with the endorsements and the primary — we have this dual-track system,” said Peppin, who advised Johnson’s campaign for governor in 2014 and is helping Giuliani Stephens this election. “From the strategic perspective you have to look at a lieutenant governor candidate who can help you in both, whether an endorsement or an election.”

Annette Meeks, Tom Emmer’s running mate in 2010, said she saw her duties as twofold. The first was to follow Emmer’s request to talk about the need for reforms and efficiencies in state government, an interest of hers before she was picked. The second? “Don’t be an embarrassment to the nominee.”

But Meeks said she thinks experience is important to convention delegates. While general election voters might not think too much about succession, party activists do. She said that gives an advantage to picks like Flanagan and Fischbach who, as she said, “have an election certificate.” 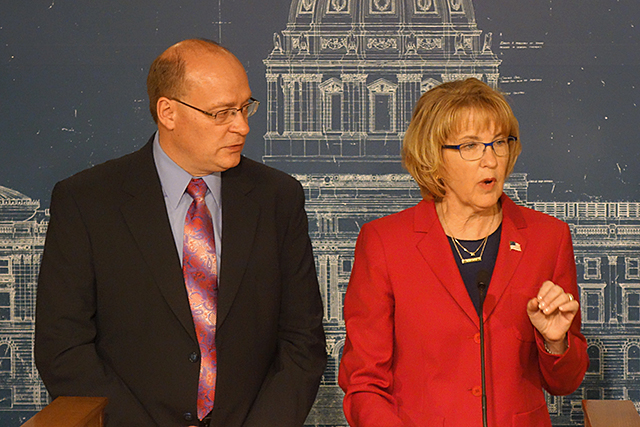 “You might check all the boxes, but when you’re going for endorsement — which is a very intense, retail experience — people want to know what experience you have.”

And because delegates tend to be highly ideological, they measure candidates the same way. “You’re appealing to a very narrow part of the electorate, a very narrow, ideological group of folks who want to know whether you believe what they believe,” she said.

Flanagan, for example, brings Walz “street cred” because she is trusted by the progressive wing of the DFL, especially Bernie Sanders voters.

But such credibility will not be a factor for Pawlenty in Duluth this weekend. He is not contesting the endorsement and said this week that neither he nor Fischbach will be anywhere near the party gathering.

If the political advantages are hard to identify, why bother? For one, it’s a requirement of filing for the office that there be a name on the line for lieutenant governor. And there is a constitutional need to have a successor lined up just in case a governor dies in office, resigns or is “unable to discharge the powers and duties of his office.”

But there are few other official additional duties. Even the job of presiding over the state Senate went away in 1972, when voters amended the Minnesota Constitution and changed the office from one independently elected to one needing just one vote: the governor’s.

Carol Molnau, who actually was kept busy as Pawlenty’s commissioner of transportation in addition to being lieutenant governor, recently joked that she would walk into the Capitol Building and check the lantern that hangs from the interior dome. By tradition, it is lit only on Statehood Day or when a governor is inaugurated or dies. If it wasn’t turned on, she knew she was still lieutenant governor and went about her normal day.

Molnau told the story after announcing her support for Johnson for the GOP endorsement over her former boss.

So what’s in it for the person who takes the second slot on the ticket? An office and an $82,638 annual salary (provided their ticket wins), for starters. And, depending on their relationship with the governor, they might get to do some interesting … stuff.

Dayton’s second lieutenant governor, Tina Smith, who was promoted (or demoted) from chief of staff, served as an active member of his inner-office team as well as being a public face of the administration. Both Walz and Pawlenty have spoken this year of co-governing with their lieutenant governor choices. (Walz began his response to question at a recent press conference by saying, “When Peggy and I are governor …”) 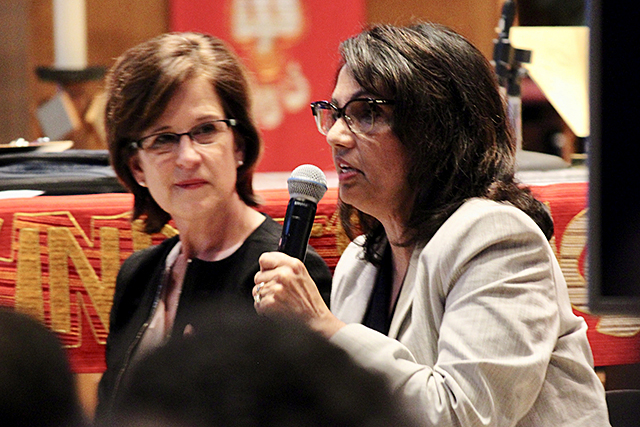 But because the office has so few legal duties, the governor decides what the job becomes. Backer, for example, said he agreed to be Giuliani Stephens’ lead adviser on agriculture and Pawlenty said Fischbach will work on modernizing higher education. But such agreements are subject to being changed unilaterally.

But at least it puts the No. 2 in line for bigger offices, right?

Not really. The office of lieutenant governor hasn’t proven to be much of a political steppingstone for its inhabitants, at least by recent history. Smith was appointed to a vacant U.S. Senate seat by Dayton after considering and then abandoning her own run for governor this election. And former Lt. Gov. Rudy Perpich became governor when his boss, then Gov. Wendell Anderson, arranged to be appointed the U.S. Senate after Walter Mondale became vice president in 1976.

“It worked out for Tina and Perpich,” Dane Smith said. “And in between I can’t think of an instance when being lieutenant governor led to great and glorious things.”