Nothing wrong with the like-minded getting together to talk politics, even if it does fall on Father’s Day. But two — at least two — influential people in Minnesota DFL politics aren’t thrilled that the party’s 5th Congressional District is holding a convention Sunday.

Javier Morillo and R.T. Rybak have taken to Twitter and Facebook to say the party should not be using it to endorse a candidate in the party’s suddenly wide-open congressional primary.

“Minnesota Democrats are seemingly addicted to pointless conventions,” tweeted Morillo, president of SEIU Local 26 and former member of the Democratic National Committee. “Now CD5 has scheduled an endorsing convention for Father’s Day, despite the fact that no one can take their name off the ballot so ‘abiding’ by the endorsement is moot.”

Morillo was referencing the practice by which endorsing conventions require a candidate to announce whether they will abide by the decision — that is: not run if one of the other candidates wins an endorsement. During the state DFL convention, for example, Rep. Erin Murphy and State Auditor Rebecca Otto pledged to abide by the endorsement decision of delegates for governor, while Tim Walz said he would run in the Democratic primary regardless. Murphy was endorsed, Otto dropped out and Walz filed for the primary.

But since the official filing period has come and gone, non-endorsed candidates will remain on the August primary ballot no matter what happens at the convention, which is being held at Clara Barton Open School in south Minneapolis on Sunday.

While six candidates filed as DFLers last week for the seat, three are expected to contest for the endorsement: state Rep. Ilhan Omar, state Sen. Patricia Torres Ray and former House Speaker Margaret Anderson Kelliher. Also filing were Somali-American engineer and activist Jamal Abdi Abdulah, state Sen. Bobby Joe Champion and Frank Drake, who ran against Ellison two years ago as a Republican. Champion has since said he will not be an active candidate.

On the CD5 Facebook page, the party leaders explained their decision to hold a convention: “Congressman Ellison’s decision to run for Attorney General has resulted in a great deal of confusion and interest regarding how the DFL party will handle the primary election to fill his seat,” they note. “The elected delegates of our party unit deserve the chance to express their opinion in the primary race, and if they so choose, endorse a candidate.” 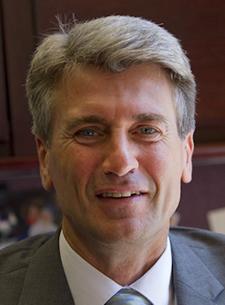 Rybak, a former three-term mayor of Minneapolis and vice chair of the Democratic National Committee, wrote that he had been looking forward to a primary, which would give what he termed “a pack of good candidates” a chance to hear voters as well as be heard by them. “Then I pick up the paper and read that the DFL has scheduled a convention in one week,” Rybak wrote. “One. Week.”

“So on a summer weekend when I would imagine most of the 700,000 people who live in the district have no idea it’s happening, a few hundred people will put the full weight of the overwhelmingly dominant party behind one person,” wrote Rybak, who noted that he has lived inside the Fifth Congressional District, the state’s most-liberal, for six decades. “I would also imagine there is a mad scramble going on right now to find out who exactly is a delegate because they were chosen at a caucus when no one imagined there would be an upcoming election. This makes no sense to me. ”

Since 1962, only three people have represented the district in Congress — Don Fraser, Martin Sabo and Keith Ellison. It was Ellison’s decision to give up the seat to run for attorney general that opened up the seat. But that decision came late — well after the district’s convention May 5 — because incumbent attorney general Lori Swanson didn’t announce her campaign for governor until June 4.

Because Ellison was the incumbent and the only major candidate, no other candidates made an effort to win delegates at the precinct caucus level and Ellison was easily endorsed for another congressional term.

Rybak, the current president and CEO of the Minneapolis Foundation, had kind words for the people who attend caucuses and conventions.“They are filled with great people who make real sacrifices of time to participate,” he wrote. “I have a ton of respect for them, but there are 700,000 out there who need to know more.” 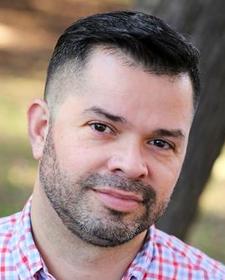 Morillo, however, was less complimentary of that system. “The caucus/convention system demands everyone pretend they believe in it,” he tweeted Wednesday. “Former endorsement purists become liars because delegates don’t reward honesty. Between this & this weekend’s CD5 sideshow — do we need more evidence this system is no longer even a rotting corpse, it is dust?”

On Friday, Morillo tweeted: “The hypocrisy is reaching new levels of absurdity. They’re expecting about 100 people to attend and these folks — none of them elected when anyone knew there would be an open seat — are supposed to decide who continues and who suspends their campaign?”

Brandon Schorsch, 5th Congressional District DFL chair, said the party constitution would have allowed the board to make an endorsement decision, but he wanted it made by a larger group. Some people already view the major parties as small groups making decisions, so he wanted to have the maximum number of delegates involved. There are 206 delegates and 206 alternates who can be seated if delegates don’t attend. there are also 48 “distinguished party leaders” – elected officials and party officals. Schorsch said he thought a weeknight would not provide enough time for the meeting and there was a limited number of weekend days that would work, hence the Father’s Day convention.

Delegates aren’t just elected to make endorsing decisions, Schorsch said. They serve two-year terms and can be called on for special meetings like this one when the need for an endorsement falls outside the normal schedule. He said the board decided that because a vacancy in the 5th CD is so rare, the delegates should express their views. 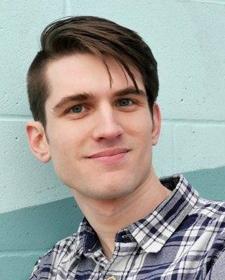 “We have a hole in the ticket,” he said of the lack of an endorsed candidate in the 5th. And while the primary will be the method by which the DFL “brand” will be assigned to a candidate, the party endorsement does provide a candidate with resources, especially a party volunteer base and the party’s voter list, which has great value to a campaign.

The last time the district had an open seat was in 2006, when Sabo announced he would not run again. In a seven-candidate endorsement process, Ellison became the DFL’s official candidate after three ballots. But Sabo’s pick, his congressional chief of staff and former state DFL chair Mike Erlandson, skipped the endorsement and went straight to the primary.