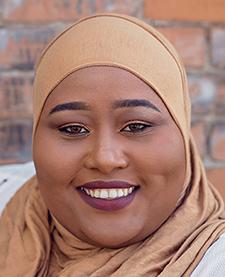 Two months ago, Fardousa Jama did something no other Muslim woman in south-central Minnesota has done: she filed to run for a city council seat in Mankato.

Then on the Fourth of July, Jama took to the streets with her 8-year-old niece, Mai, for a door-knocking campaign, an experience she hoped would help her better connect with area constituents and learn more about issues that are important to them

But a few minutes into the effort, one thing became apparent to Jama: going door-to-door in Mankato might be a lot more difficult for a Somali-American, hijab-wearing female candidate like her than she had imagined.

More than once, Jama said, people she solicited for votes responded to her with racially charged comments — “go back to where you came from” and “we don’t support a terrorist” — before slamming the door in her face. Worse yet, she added, an elderly white man even spat on her before telling her to get off his property.

After the spitting incident, Jama decided she didn’t want her niece to see the mistreatment she endured. So Jama quickly returned home to rethink her campaign strategy.

Jama’s experience isn’t uncommon among Muslim American candidates seeking political seats in Minnesota, home to an estimated 150,000 Muslims. What’s unusual is that it hasn’t stopped so many from jumping in to the effort anyway, vying for offices as varied as U.S. Congress, the state Legislature, city government and public school board.

Some new faces, some not-so-new

There are at least 15 Muslim candidates running for political positions in Minnesota this election season. And while there are no official statistics, many observers believe that is significantly more than in any previous election.

Some of those candidates are familiar faces, of course. Longtime U.S. Rep. Keith Ellison is running for Minnesota attorney general, while state Rep. Ilhan Omar is seeking to take the seat Ellison currently holds in Congress.

But others, including Jama, are new to the scene, though several have spent decades serving as nonprofit leaders or political aides for elected officials in the state. Nausheena Hussain, executive director of the Minneapolis-based Reviving the Islamic Sisterhood for Empowerment, says that these candidates not only have varied leadership experience, they represent a spectrum of racial and ethnic populations. “There are African Americans, Somalis and Asians,” she said. “The Muslim community is so diverse and it shows what Muslim diversity should look like.”

Hussain also noted that Muslim candidates are running as both DFLers and Republicans, though most of the office seekers do align themselves with DFL’s progressive arm.

“There was a time when there was only one Muslim candidate running for a seat,” she said. That meant that “all of Muslim voters would rally around that person and say, ‘Oh, this is the one.’” That’s no longer the case. “Now the Muslim candidates themselves have to work for their vote,” Hussain said. 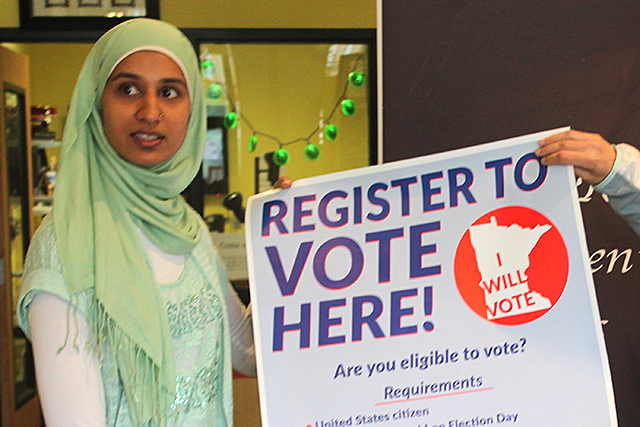 MinnPost photo by Ibrahim Hirsi
Nausheena Hussain: “The Muslim community is so diverse and it shows what Muslim diversity should look like.”

In the District 60B state House seat, three Muslim Americans are among a crowded field seeking the office: Mohamud Noor, a longtime activist in Minneapolis; Haaris Pasha, a law student at the University of Minnesota; and Fadumo Taani, a Republican activist.

Nor are the current crop of candidates only diverse in their political philosophies or career backgrounds. Of the 15 Muslim candidates, seven are women, including Regina Mustafa, who’s running for mayor in Rochester; and Hodan Hassan, a candidate for a state House seat in District 62A in Minneapolis.

Each candidate of the candidates in Minnesota has a different explanation for why he or she decided to run this year.

For Jama, the journey to become a city council candidate in Mankato started a year and a half ago when President Donald Trump announced a series of policies restricting immigrant and refugee arrivals in the U.S. Jama wants to use the status of a city council member to raise awareness about the challenges that immigrants and refugees face in Mankato — while also performing the other expected duties of a council member: passing ordinances, managing city finances; and reviewing policy proposals.

But Haaris Pasha, a 29-year-old Minneapolis-native and son of Pakistani immigrant parents, doesn’t want to emphasize Trump’s anti-Muslim policies, or even his own Muslim identity when talking about his candidacy.

That isn’t because Pasha doesn’t want others to know about his faith. It’s just that he prefers to talk about his accomplishments, his long service as an advocate for justice and equality and the changes he plans to make if he elected for the seat.

“We need quality candidates,” he said. “It’s not enough to be just a Muslim. I think we really need someone who’s going to do the work of unearthing the mechanisms of law and policy and how that actually interacts with people’s lives.” 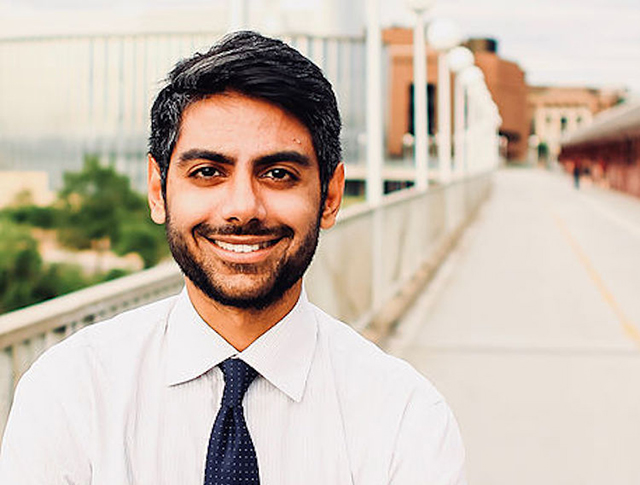 Campaign photo
Haaris Pasha is one of three Muslim Americans in the District 60B state House race.

Osman Ahmed, a longtime community organizer who is also running for the District 62A House seat, also doesn’t want to use the Trump administration’s immigration policy when talking to constituents. Instead, he focuses on his years-long advocacy service in the immigrant, refugee and other minority groups in Minnesota and the work he plans to do if he gets elected.

Like Jama, Ahmed said that he’s encountered more than a couple prejudiced comments in the course of campaigning. It happened to while door-knocking and while speaking to voters on the phone. Some people even take the time to email messages about why he doesn’t belong in America. “Some people said to me, ‘Why don’t you fix the country you came from,’” he said. “Other said, ‘You guys are taking over the state.’”

“The funny thing is,” he added, “a lot of people don’t really expect to get that kind of messages in our district but we still do get that.”

Mustafa, the mayoral candidate in Rochester, posted on her Facebook page a note about receiving anti-Muslim threats in the mail earlier this month. She notified the police about the incident.

Not all the Muslim candidates, however, have encountered a backlash. Pasha, for example, said that he hasn’t dealt with any of the anti-Muslim, anti-immigration experiences that Jama, Osman and Mustafa have encountered while campaigning. “It’s not like I’m saying everyone is accepting,” Pasha said. “But that hasn’t been my experience as a candidate.” 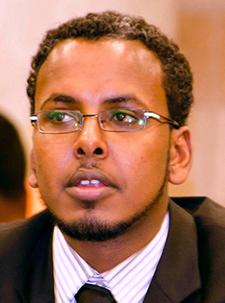 In Mankato, after Jama took a couple of weeks to recover from her first door-knocking campaign, she posted about the experience on Facebook, saying the incident won’t stop her from continuing her campaign.

In that message, Jama also said that she didn’t want to go door-knocking alone and asked people to join. In response, a half a dozen residents from the white community in Mankato joined her last weekend.

Among them was Tony Friesen, owner of Friesen’s Family Bakery & Soup Bar in Mankato and Dan Feehan, a DFL candidate for Congress in the 1st District. With the presence of Friesen and Feehan, Jama said she noticed that things were different than the day she was alone with her niece. If people would consider voting for her, they told her so; if they didn’t want to, they also told her so. She was, in other words, treated just like any other candidate.

“It was incredible,” Jama said. “My white community showed up and showed that there are compassionate people that live here, which gives me hope that I might win.”

As more Muslims run for office in Minnesota, some encounter a backlash