As the Minneapolis City Council considers imposing rules to govern the latest transportation craze — rental electric scooters — here’s what you need to know about the vehicles: from the legality of riding them drunk to why lawsuits have followed their introduction in other cities.

Wait. How did we get here?
Last week, a California-based tech startup, Bird Rides Inc, dumped an unknown number of scooters on sidewalks in Minneapolis and St. Paul overnight. That’s typically the company’s process for launching in a new city.

Minneapolis officials had already been working on an ordinance to establish parking and licensing rules for the scooters, taking hints from their surprise appearance in other places around the country. The City Council will vote on that proposal Friday.

St. Paul took a less welcoming approach. Officials asked Bird to remove its fleet until they could decide how to regulate the scooters, citing city code that restricts equipment from blocking public rights of way without a permit. Those rights of way generally include sidewalks, alleys and public streets. Despite the request, the scooters remain on St. Paul sidewalks, which probably should not have come as a surprise: Bird has refused similar requests in other cities. The city said Thursday afternoon it will impound any scooters left out after midnight Friday, and the St. Paul City Council is set to take up a measure that would establish a pilot program Aug. 1.

Who can ride the scooters?
Anyone who downloads Bird’s free mobile app can see the location of scooters near them. But it takes a driver’s license — users must scan their barcode — and approval of a user agreement to unlock one of the scooters for riding. That pledge stipulates that riders must be at least 18 and includes a promise to wear a helmet. Each trip costs a flat fee of $1, and an additional 15 cents per minute.

Once on board, riders can reach a maximum of 15 mph and travel as far as 15 miles — or the length of a fully-charged battery. They must avoid sidewalks and use bicycle paths and lanes, except ones reserved for “the exclusive use of non-motorized traffic,” under state law. The Bird app requires a picture at the end of each trip to show the scooter has been properly parked.

“Bird hunters,” or contracted workers with the company, go around cities at night, collecting the scooters to charge at their workplaces or homes. The Bird hunters can make up to $100 each night.

What’s the appeal?
Some transportation experts have applauded the new ride-sharing option as being good for the environment and helping people make short trips for little money. Some customers like it simply for the fun of riding a scooter.

Founded by former Lyft and Uber executive Travis VanderZanden, Bird is one of many tech startups embarking on the scooter rental business, among them LimeBike and Spin that also run dockless bicycle programs.

What, exactly, would Minneapolis’ proposed ordinance do?
It would set up rules for where scooters can park to avoid problems for people on sidewalks. A scooter operator would have 24 hours to fix an improperly parked scooter before the city impounds it and charges the violator.

The ordinance would also make scooter companies enter a licensing agreement with the city. That contract would come at a cost, the amount of which at this point is unknown, according to city spokesperson Sarah McKenzie. Minneapolis’ public works department will oversee the process. 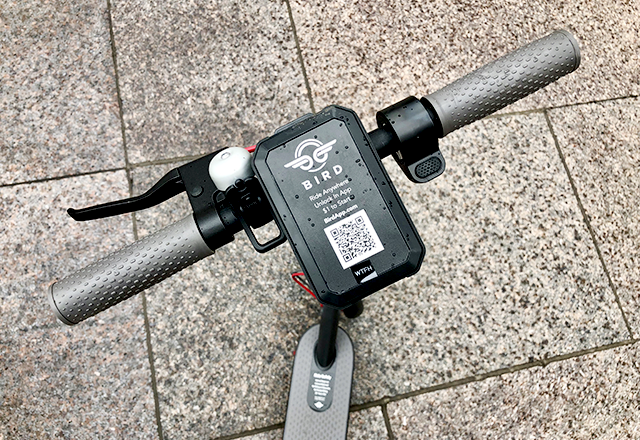 MinnPost photo by Jessica Lee
Once on board, riders can reach a maximum of 15 mph and travel as far as 15 miles — or the length of a fully-charged battery.

So where can I ride these things?
The company asks riders to stay within city lines and avoid ‘no-ride zones,’ which vary from city to city and are only visible on the app when riders approach the zones. Some cities have created their own version of what’s called “geofencing,” or the process of establishing virtual geographic boundaries. According to a city spokesperson, people will be able to use the scooters on the Midtown Greenway.

Are they going to be available in the winter?
Not likely. According to a statement from a Bird spokesperson: “Birds will likely be flying South during the Minnesota Winter.”

Could I get cited if I drink and scooter?
The short answer: No. Getting a DUI for operating scooter while drunk in Minnesota is impossible (though the possibility of injuring yourself — or others — certainly isn’t).

The long answer: State law treats the electric scooters like bicycles, or non-motorized vehicles, which are OK for riding after alcohol, at least as far as the law is concerned. A person riding the vehicles erratically or causing traffic problems could face citations under other laws (such as reckless endangerment), though, and Bird asks customers to ride sober.

How are rental scooter services being handled in other cities?
While some people have embraced the scooters as new way to get around, lawsuits, cease-and-desist orders and mockery on social media over the scooters’ impracticality have been a drag on the services’ reputation.

In San Francisco, a dozen scooter companies descended on the city this summer, creating a glut of vehicles and “helter skelter everywhere” on sidewalks, said Elizabeth Deakin, a professor of city and regional urban planning at University of California-Berkeley. The city banned operations last month so that officials could have time to create a process for permitting and to limit the number of providers. “If there are no rules in the vehicle code, and it’s not classified as a vehicle because nobody thought about this as a possibility, there may be some problems,” said Deakin, who is in the middle of surveying residents on how they use bike lanes. “We have to figure out what really works.”

The city of Milwaukee was the first to take the matter to court, filing a formal complaint arguing for Bird to remove its scooters after the company descended on the city last month. Any ruling coming out of that case could offer a guide for cities scrambling to respond to the new technology, according to the Associated Press. Nashville, Tennessee, also sued the company, but later dropped the lawsuit. 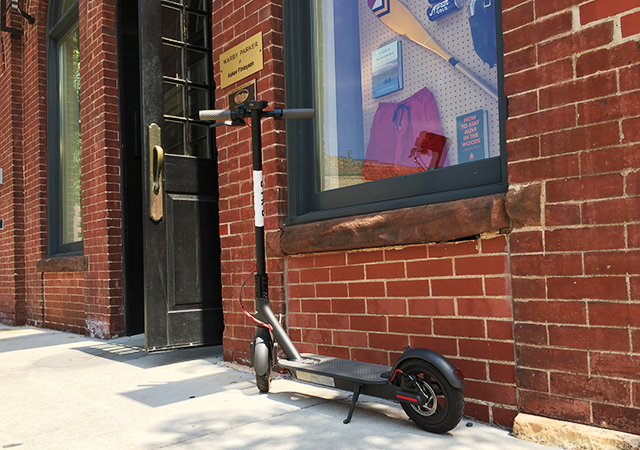 MinnPost photo by Corey Anderson
“Bird hunters,” or contracted workers with the company, go around cities at night, collecting the scooters to charge at their workplaces or homes.

Officials in a handful of cities have impounded the vehicles or rushed to write ordinances to govern their use after Bird’s arrival, much like in the Twin Cities.

The push for regulatory measures mirrors the scramble by local governments after the launch of dockless bike-sharing companies years ago, or even the early days of Uber and Lyft. University of California, Berkeley’s Susan Shaheen, who studies transportation changes, said she expects ride-sharing programs for “automated vehicles” (AV) to gain momentum and capture a greater share of the market as developers find new ways of marketing them and transportation habits change. “AV-specific policies and rights of way management will be key,” she said in an email.

Where and when will the Minneapolis City Council take up the ordinance?
The proposed measure, sponsored by council member Kevin Reich, will be heard during the council’s regular biweekly meeting in City Hall’s room 317 at 9:30 a.m. Friday. Pending the council’s approval and mayor’s signature, the new rules on parking and licensing would likely go into effect at the end of the month.