It’s a fundamental challenge for statewide DFL candidates in 2018: the need to be progressive enough to do well in urban areas — especially in the cities of Minneapolis and St. Paul — while showing some moderate bona fides to voters in Greater Minnesota.

That calculation is particularly complex for the three leading DFL candidates for governor, who face a highly contested primary in which progressive voters will be even more of a factor. And nothing illustrates the challenge more than one aspect of the immigration debate.

While there is little debate among DFLers over Minnesota being a sanctuary state or objecting to the zero-tolerance border policy by the Trump administration or opposing the separation of families by border enforcement, such unanimity falters on the issue that is quickly gaining attention among progressive activists: abolishing U.S. Immigration and Customs Enforcement.

As such, Republicans have tried to take advantage of the issue, which has quickly become identified by the hashtag #AbolishICE. Tim Pawlenty’s campaign recently tweeted pictures of Tim Walz and Erin Murphy with a message that they “joined protestors this past weekend calling to #AbolishICE and demanding open borders,” referring to the “Keep Families Together” rallies on June 30. “It’s just wrong.” President Trump has also used Twitter to condemn what he termed the “radical left” for calling for ICE’s abolishment.

But attending a rally doesn’t connote endorsement of everything that was said there. And forecasting how immigration will play in elections may not be as obvious as some Republicans would like to believe. A Pew Research Center poll — taken before the family separation issue dominated headlines — found that 73 percent favor granting permanent legal status to immigrants brought to the U.S. illegally when they were children.

The same poll found that 56 percent oppose expanding border walls. In addition, the poll reported that 38 percent think legal immigration should be kept at its current levels while 32 percent say it should be increased. And 69 percent say they are “very” or “somewhat” sympathetic to unauthorized immigrants in the U.S.

So DFL candidates find themselves on relatively firm political ground when it comes to immigration in general, even as they finesse their response to attempts to push them further left on #AbolishICE.

Tim Walz, who said he’s been working on immigration reform since joining the U.S. House of Representatives in 2007, said he doesn’t think the issue requires “trying to walk a fine line.”

“We need border security,” he said in an interview last week. “It needs to be smart and it needs to be humane. It needs to be focused on our principles. Since I first started running in 2005, I’ve made it very clear: Every sovereign nation has the right and responsibility to control their borders. That’s something that we need to do.” 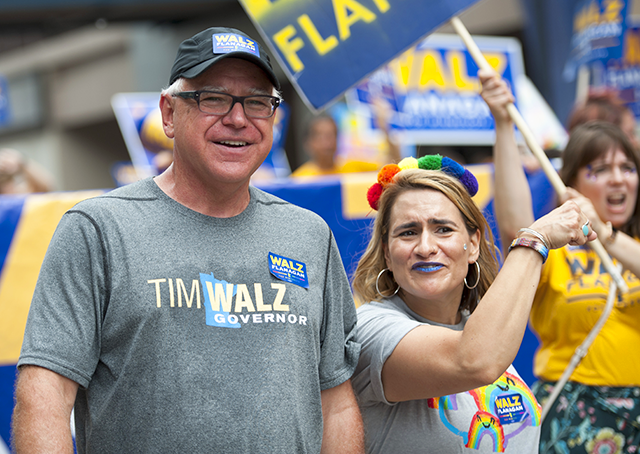 MinnPost photo by Craig Lassig
Rep. Tim Walz: “We need border security. It needs to be smart and it needs to be humane.”

Walz said he does not favor abolishing ICE. “Reform certainly,” he said. “More importantly, give them clear direction of what the mission is. Let them carry out the mission of immigration control and enforcement, but on the front end where it’s not seen as a punitive force that comes in.”

He said he supports legal immigration, calling it both within the American tradition and an economic imperative. “The diversity it’s brought to this nation has always been reinvigorated by these communities, it’s always been reinvigorated by these movements,” he said at a press conference earlier in June. “We can get out of this trap where it’s one or the other. Let’s fix our legal immigration system. Let’s recognize that people came here and their crime was making sure their children had a better future. What parent would not try to do that? Let’s make sure we keep to that moral clarity.”

Swanson: If the Constitution has been violated, I’ll step in

Minnesota Attorney General Lori Swanson also said abolishing ICE is “nothing that I’ve called for in this campaign or as attorney general.”

“Ultimately, we need comprehensive immigration reform at the federal level and that’s something Congress has to do, and I hope Congress will do that on a bipartisan basis,” she said.

In the meantime, she said she will continue to make judgments on individual issues and decide whether state action is needed. “If I think the laws or the Constitution has been violated, I step in to enforce it,” Swanson said. 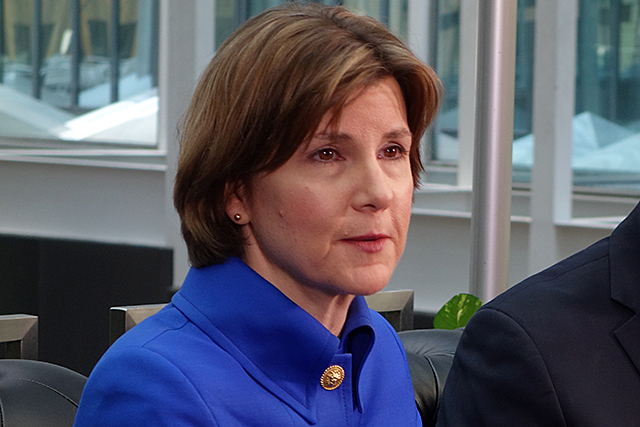 MinnPost photo by Peter Callaghan
Attorney General Lori Swanson: “We need comprehensive immigration reform at the federal level and that’s something Congress has to do.”

She cited her joining constitutional challenges to the Trump administration’s travel bans, family separation policy, and the proposed citizenship question on the U.S. Census. “How I looked at that issue is the last 70 years of Census Bureau directors … said we ought not to be asking that question because it’s going to impede the accurate count on the Census,” she said. “And if we don’t have an accurate count, then we’re not going to be able to distribute the aid and the local government aid.”

“More recently, I filed a lawsuit on the issue of the children because I think it is wrong to separate children from their parents and not to reunite them promptly,” she said. “So I’m in court right now with a lawsuit there.”

State Rep. Erin Murphy is the DFL’s endorsed candidate in the primary and the one that comes closest to calling for the elimination of ICE. “I don’t like what ICE is doing,” Murphy said. “They were developed out of 9/11 and they served a purpose. I have looked at the way we settle refugees in this state of Minnesota and in the United States. There is a rigorous process. And as ICE has grown more aggressive, I have had more questions about the role that they are playing in the lives of people and I am concerned about that.”

Or those calling for ICE to be abolished: “They are raising legitimate issues,” she said.

Murphy criticised Republicans in the campaign “who are using immigration as a tool of division” and said she hears a different message when she travels the state. “I see people coming to Minnesota and to this country, sometimes coming from countries that are war torn; they are coming from situations in which they are in harm’s way,” she said. “I believe that America and Minnesota is a space that welcomes people when they are coming from trouble. I think that is a key value in the state of Minnesota.” 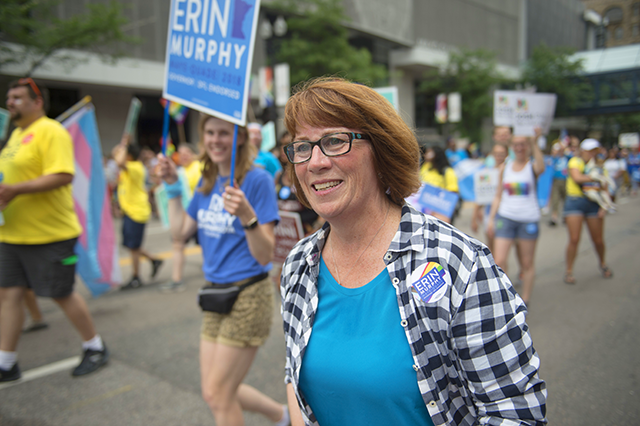 MinnPost photo by Craig Lassig
State Rep. Erin Murphy: “As ICE has grown more aggressive, I have had more questions about the role that they are playing in the lives of people and I am concerned about that.”

“My job, if I’m elected, is to make sure I’m looking out for everybody. And if Congress isn’t going to fix immigration, and they have essentially abandoned that, then we’re going to have to make sure in Minnesota that we can do what we can do to protect Minnesotans as they live their lives here.”

She opposes use of state and local police to help ICE and opposes creation of additional immigration detention facilities within the state.

And like Walz, she said the state’s future depends on immigration. “When I look ahead 10 years, we need to be a place that is welcoming people from other states and other nations to participate in our economy because we’re already facing workforce shortage in key industries: in health care, in education, in manufacturing,” she said. “And those are going to be exacerbated by a baby boom generation that is leaving the workforce.”