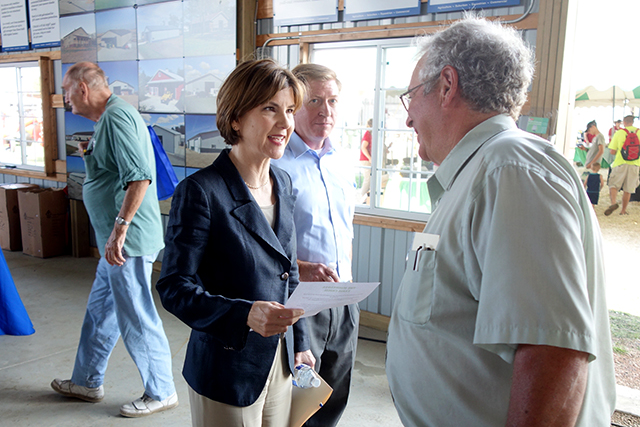 For a trio of Minnesotans who have spent the last 12 years as elected politicians, the main candidates in the DFL primary for governor talk about their previous occupations a lot.

Being an elected official, it seems, is not how they want to be known to potential voters.

State Rep. Erin Murphy was a registered nurse before becoming a state nurses union organizer and uses that experience to portray herself as a compassionate problem solver. “I am a nurse,” she told a group of economic development officials near Nisswa in June. “And when you are taking care of patients you don’t get to walk away from a tough patient. I will not walk away from a tough problem or a community in our state.”

U.S. Rep. Tim Walz was a public school teacher and an Army National Guardsman who cites both frequently in speeches. He is the highest ranking enlisted soldier to serve in Congress. “As your governor, I will continue to do what I did in the classroom, what I did on that football field, what I did in uniform and what we’ve done in Congress,” Walz said at FarmFest. “Being someone who can unite this state around progressive vision of a better future for all of us.”

And Attorney General Lori Swanson’s campaign begins and ends with her tenure in the office that began with senior staff positions in 1999 under then-Attorney General Mike Hatch and continued after she won the office in 2006. Much of her campaign material — ads and her website — cites cases her office brought, most recently in state court against opioid makers. “As your attorney general these last 12 years, I’ve been your advocate and I’ve been a negotiator,” she told the FarmFest audience. “I’ve taken on some of Minnesota’s toughest problems and I’ve resolved them and I’ve gotten stuff done.”

The state DFL convention in Rochester in early June didn’t exactly settle the party’s nomination for governor. No one really expected it would, though, not with one of the stronger candidates, Walz, saying he would stay in the race whether he received the endorsement or not.

What wasn’t expected is that the nomination choice would become even more uncertain soon after. That happened after Swanson dropped out of the endorsement process for her current office, and shifted her efforts to a run for governor. That meant three strong DFL candidates would file for the office and compete in the DFL primary election on Aug. 14.

Forget for now what Swanson’s change of heart did to the races for attorney general, the 5th Congressional District and state House District 60B. All three went from having secure incumbents to being wide-open open seats. It was her late entry into the governor’s race that changed the primary and required everyone else to adjust their strategies.

While Murphy and Walz are running very traditional races — TV, social media and lots of stops in lots of towns — Swanson’s is more circumspect. She has no paid campaign staff. Her major expenditures have been to produce and place advertising and to contract with a pollster. Minnesota campaign finance law permits professionals to volunteer their time without it being reported as an in-kind contribution as long as it is done on personal time and no corporate resources are used to provide the service.

Swanson pitched her campaign — with U.S. Rep. Rick Nolan as her running mate — as a problem-solving ticket. At her announcement, she said her decision to halt her bid for the DFL endorsement for attorney general was tied to her refusal to make pledges to DFL constituency groups. “I’m gonna make one pledge, and that’s pledge to the people of Minnesota to always put their interests first and represent the people of Minnesota in the best way I know possible,” she said. 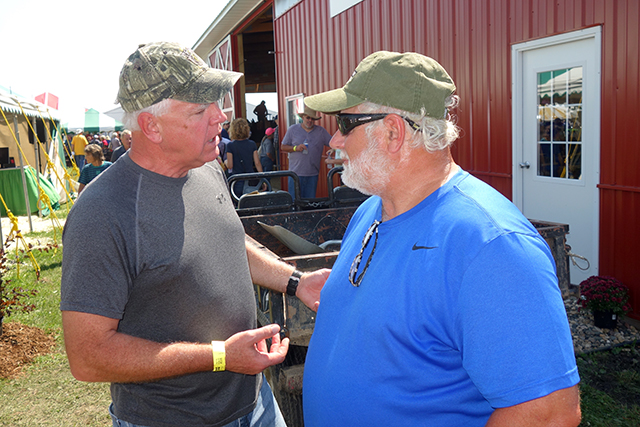 Her ads and her webpage are filled with references to consumer protection cases she brought as attorney general — including against unauthorized billing on phone and cable bills and against mortgage companies for unlawful foreclosures.

Swanson has appeared with Walz and Murphy three times so far: on TPT’s Almanac June 8; at an economic development conference near Nisswa on June 28; and in an all-party forum at FarmFest Wednesday. She is expected to take part in a group interview on MPR Friday and on KSTP on Sunday. Murphy in particular has tried to engage Swanson, demanding a debate on gun safety that was rebuffed.

That detached strategy took a turn this week when her campaign launched a TV ad at the same time an independent expenditure campaign supporting her sent out a mailing. Both assailed Walz for missing votes in Congress, some so he could campaign in the state.

Since entering the race, Swanson has also had to respond to two issues raised by news outlets: a MinnPost report on how Nolan responded to sexual harassment complaints against a senior staffer; and an Intercept piece on whether she pressured attorney general staffers to work on campaigns. On Thursday evening, the Intercept posted a follow-up in which a former AG office staffer spoke out, on the record, about political work done by the office.

As with the GOP primary — where everyone is a “conservative” — all three DFLers label themselves as “progressive.” But if placed on the political spectrum, Swanson would be more toward the middle, Murphy more toward the left and Walz between them.

From the start of her campaign 18 months ago, Murphy has been the most willing to stake out positions on the left. She frequently says she won’t practice tippy-toe politics. She has has called for single-payer health care, and has the most aggressive position on gun control.

Walz said he still supports gun ownership but decided to favor more regulation and reject NRA support after the recent rash of school shootings. His most recent NRA grade was an “F.” “I’ll take my kick in the butt on that and rightly so,” he told a St. Paul lunch crowd about that support.

Swanson received a “C” from the NRA and says she has never accepted money from the group. 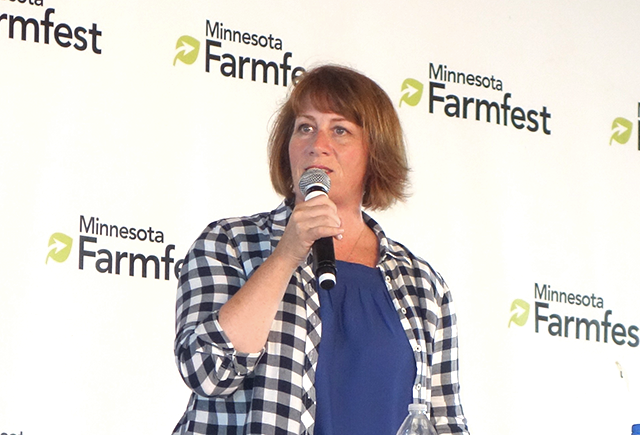 Still, Murphy’s position on guns and others helped her secure the DFL endorsement in Rochester after trailing Walz in the early ballots. Getting that endorsement kept her in the race, since she had pledged to drop out if the party endorsed someone else.

Continuing with a one-step-at-a-time strategy, Murphy strengthened her appeal in the Twin Cities progressive community by choosing state Rep. Erin Maye Quade as her running mate, a move praised in the Metro but criticised by some in Greater Minnesota, where a more regionally-balanced ticket was preferred.

For his part, Walz has described himself as the candidate who can work to unify the state’s rural and urban parts. He is a rarity in the U.S. Congress, a Democrat from a rural district, and one who succeeded in a district that Donald Trump won by 15 percentage points.

At the convention, Walz appeared before a map of the state’s congressional district’s and the 2016 party vote displayed by red and blue. It was mostly red and was used to show that the party needs to appeal again to voters outside the cities.

That message hasn’t been well received by all DFLers. In the lead-up to the convention, Walz was pushed by the progressive activist group Faith in Minnesota to explain his willingness to compromise. “We — Faith in Minnesota — want a candidate who is going to be a progressive champion, not a referee between powerful interests and the people facing oppression from those powerful interests,” said Imam Asad Zaman, the executive director of the Muslim American Society of Minnesota.

After struggling with his answer that night in May — and losing the group’s endorsement to Murphy — Walz returned to it during a campaign forum in Mankato. “My fault was, ‘You talk about building bridges too much,'” Walz said. “The idea that you talk about bringing groups together rather than saying no and cutting them off. That’s how you get rewarded — by being the most partisan. You didn’t elect me to be partisan, you elected me to get things done.”

And at a lunch meeting in St. Paul last week, Walz quipped: “You should have been in Rochester with me at the DFL convention. The only thing in the middle of the road was me and a dead racoon.”

As with most DFL primaries, a good way to see where the candidates are positioned is through endorsements of constituency groups. Murphy is strongest among groups in the left of party and among public-sector employee unions. Murphy has the Faith in Minnesota endorsement, Sierra Club, TakeAction Minnesota, OutFront Minnesota and the Bernie Sanders-inspired Our Revolution as well as the SEIU, AFSCME Council 5 and the Minnesota Nurses Association.

Walz has secured most of the support among private sector unions, especially in the skilled trades: Ironworkers, Machinists, Teamsters, Carpenters, Laborers and, due to his time in the classroom, Education Minnesota.

Walz has been endorsed by Walter Mondale; Murphy by Gov. Mark Dayton.

Swanson’s campaign has been endorsed by the Minnesota Police and Peace Officers Association, Operating Engineers Local 70 and the Graphic Communication section of the Teamsters.