The last weekend before Minnesota’s 2018 primary might go down as The Case Against Voting Early. 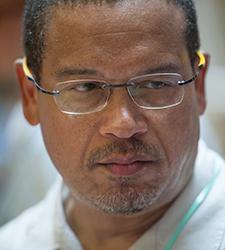 And though Minnesota allows voters to “claw-back” their ballots to recast them, the window for doing so expired a week before the election, last Tuesday, which means there may be some regret among the 100,000 or so voters who took advantage of the early voting process.

The most recent of the allegations focused on U.S. Rep. Keith Ellison. On Saturday night, domestic abuse charges by Karen Monahan, with whom Ellison had a romantic relationship, surfaced in a Facebook post written by Austin Monahan, Karen Monahan’s son, who named Ellison in the post. Karen Monahan has written and spoken previously about her experience with someone who she said had emotionally and physically abused her but hadn’t used Ellison’s name. She later confirmed her son’s report on social media.

Several stories, first on MPR and then in the Star Tribune, followed on Sunday afternoon. Ellison, who is divorced, acknowledged a personal relationship with Monahan, one that ended in 2016. He denies the allegations of abuse, however, and says a video showing such abuse that Austin Monahan referred to in his Facebook post does not exist. The response was jarringly terse.

Ellison was expected to breeze to the DFL nomination for attorney general against a quartet of well-regarded but underfunded opponents. By Sunday, three of those candidates — Debra Hilstrom, Matt Pelikan and Tom Foley — had issued statements calling on Ellison to address the allegations.

Ellison, a six-term congressman from the heart of the Twin Cities and deputy chair of the Democratic National Committee, has widespread name recognition and commanded a big lead in the few polls that have been released about the attorney general race. He will now have the opportunity to see the difference between positive and negative name ID.

The Ellison accusation became public just as DFLers were absorbing an earlier series of reports — first in the website The Intercept and then confirmed and expanded upon by the Star Tribune  and others — that Attorney General Lori Swanson had regularly used her office and staff for political purposes. 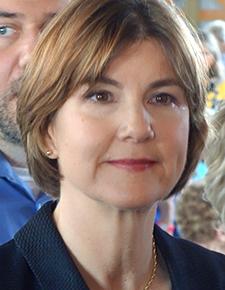 Swanson denied the charges and attacked the Intercept, calling it a “discredited blog” and claiming it is owned by a billionaire who has business relationships with other billionaires that her office has sued. The reports, however, have been reported by other media outlets that found sources — both named and anonymous — who gave similar reports about the office.

On Friday, Swanson — perhaps inadvertently — gave support to the claims of politicizing the AG’s office when her office press secretary used state email to send out information aimed at discrediting the primary source of the Intercept story, D’Andre Norman. Norman filed a restraining order on Friday to stop Swanson and her office from causing him irreparable harm by publishing court documents that had been expunged from the record by a judge.

Republicans have been taking some pleasure in the allegations against the pair of prominent DFLers, but especially those against Ellison. Both within the state and nationally, Ellison has been a frequent critic of Republicans, especially President Donald Trump. If either survives the primary, the allegations will feature prominently in GOP attacks.

If there is a difference between the political road facing Ellison and Swanson it is that Ellison has worked hard to establish and maintain relationships within the DFL. He has built a voter registration and get-out-the-vote effort that some in the party credit with helping win close statewide races. He was an early supporter of Bernie Sanders and has strong support among Our Revolution, the political organization that grew out of that campaign. And he has traveled the country as deputy chair of the national Democratic Party, helping candidates and organizations.

Swanson, however, has not spent much time during her three terms at AG nurturing support within the party, and the lack of endorsers of her gubernatorial campaign among elected and party officials reflects that.

The somewhat different responses from activists could also be a product of those different relationships.

But at least one well-known DFLer put them both in the same box. Former State Rep. Ryan Winkler, who has endorsed Ellison for attorney general, tweeted this Sunday morning.

This is the worst few days I have seen in MN politics. The allegations against Ellison appear highly credible, and the Swanson/Hatch allegations are absolutely believable based on their past patterns of conduct. If true, both need to resign from office and end their campaigns.