Minnesota has switched from a presidential caucus system to a primary system. That means, for the first time in recent memory, voters won’t have to pack into a room with their neighbors to let their presidential preference be known.

It also means you can vote early, starting today: 46 days before the actual primary on March 3 and 17 days before the Feb. 3 Iowa caucuses, the first presidential nominating contest in the country.

Here’s what you need to know in order to vote early.

Why would I want to vote early?

Early voting is fairly new to Minnesota: voters were first able to vote early in-person or by mail without needing to give a reason in 2014. But there’s something that makes early voting in this primary a bit different than in other races: the fact that candidates could drop out of the presidential race altogether before the Minnesota contest on March 3 with voters already having cast their ballots.


So why would a Minnesotan want to vote early, when his or her chosen candidate could be out of the race before the race really happens?

Voters who are sure about their favorite candidate and who either don’t care if they drop out or are not worried about that prospect might vote early because they don’t expect their vote would change if they waited a month and a half. The second reason is convenience. Some voters like to be able to vote in the comfort of their own homes to have better access to voter guides or research. Others plan to be out of town and want to cast their ballots before they go.

Because of the risk of voting for someone who drops out of the race before the primary, Simon expects to see more voters who choose to vote early wait at least a little bit to see if the field firms up before they cast their ballots, at least compared to other elections.

For Republicans, the choice to vote early might be an easier one: since the president is the only candidate named on the ballot, it might make sense to vote early and get it out of the way.

How do I vote early?

You have two options for casting an early ballot: the first is to show up to an election center (find yours here) and cast your ballot in-person. The second is to request an absentee ballot be mailed to you (more information here).


Under the new primary rules, whether in person or when you request your ballot, you have to select whether you want a Democratic or a Republican ballot, pledging you generally agree with the principles of the party. Also new this year: the four major parties in Minnesota: the Republicans, the DFL, Grassroots-Legalize Cannabis and Legalize Marijuana Now will know which party you voted for, which some people aren’t very happy about.

If you live in an all mail balloting precinct (this applies to about 60,000 Minnesotans in townships and jurisdictions with 400 or fewer registered voters), you’ll receive a Democratic and a Republican ballot. They’re being sent out soon, Simon said. When you vote, only fill out one of them. If you return both with selections, neither ballot will count.

What’s on my ballot?

If you choose the Democratic ballot, there are 15 candidates on the ballot, three of whom have already dropped out of the race as of publication. There’s also an option to vote uncommitted.

If you choose the Republican ballot, you’ll find Trump’s name and a write-in option. Another Republican candidate, Roque “Rocky” De La Fuente, and a voter who supported him sued to have the candidate’s name added to the Minnesota ballot.  They were rebuffed by the Minnesota Supreme Court last week.

What do I need to know about mailing my ballot in?

“It’s got to be there on Election Day,” Simon said. Unlike taxes, which only need to be postmarked by their due date, ballots that are mailed must have been received by elections officials on Election Day.

There are a couple ways to ensure this: first, you can send it early so you don’t have to worry about it. Second: you can set up tracking and watch it online. You can also deliver it to your elections center in-person.

Is there any option for changing my vote once I’ve cast it?

Yes. If you voted early, you have until seven days before the election to “claw back” your vote. Prior to that seven-day mark, none of the ballots have been opened, so an elections official can go find it and hand it back. After that seven-day mark, elections officials can start opening and processing ballots (they’re not actually counted up until after the polls close, though), so they won’t be able to tell yours from Adam’s.

How mad are the elections people going to be if I try to claw back my ballot? 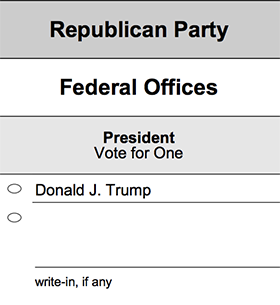 It hasn’t happened all that much, Simon said. He recalled asking about it during a tour at Hennepin County elections days before the presidential election in 2016. In a county where roughly a quarter of Minnesotans live, less than 100 people had asked elections officials to fish out their ballots.

Wait, where do I choose my primary preferences for other seats, like Congress and State Legislature?

It’s just the presidential primary that’s happening March 3. Per usual, the other primaries for the general election will be held later in the year, Aug. 11.


Will the state parties know which party I picked in the August 11 primary?

No. Whether you vote in that primary or not is public information, as it had been before, but the new party disclosure rule only applies to the presidential primaries.

Can I still caucus?

If you’ve made it this far in this article, we’re guessing you’re a caucus-goer. You can still caucus Feb. 25 to pick delegates, suggest party resolutions and choose local precinct leadership.