News
Pollen
Pollen is a community comprised of civic-minded connectors who share ideas, career and civic engagement opportunities and peer-to-peer recognition to create positive impact and personal and professional growth for its members.
March 16, 2012 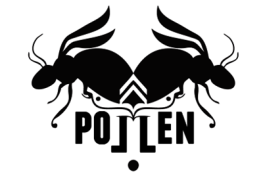 That special announcement from Pollen – again!

Pollen is thrilled to announce a new partnership with the award-winning creative design team of Paper Darts.

“On April 1st, help usher in a new era of Pollen with the launch of BePollen.com, a beautifully designed website dedicated to further evolving, expanding, and engaging the Pollenite community. Featuring new in-depth articles and member profiles, eye-popping graphics, and enhanced navigation, BePollen.com takes the professional community building that Pollen is known for and douses it in color, throws it on the Jumbotron, and injects it with a triple shot of espresso to boot.

Building on Pollen’s existing partnership with MinnPost, BePollen.com will provide members with a timely and dynamic resource to share jobs, internships, civic events, board openings, and career updates with each other and with the broader community.”

The full launch of BePollen.com comes April 1st.  No joke this year!

Pollen joins thousands in sending our best wishes to Pollenites Chris and Sara Tiedeman as they work to recover from the injuries they suffered in a serious car crash on March 3rd.

Their story was also shared by Fox9.

We’re thinking of you Chris and Sara!!

For those of you experiencing Pollen for the first time, here’s a quick overview of who we are:

“Pollen is a community comprised of civic-minded connectors who share ideas, career and civic engagement opportunities and peer-to-peer recognition to create positive impact and personal and professional growth for its members.”

Check out Pollen’s home on MinnPost.com where you can access the archives back to Pollen vol 16.

Tired of waiting for the next issue to share information with the Pollen community? Post your own updates whenever you’d like directly to our Facebook page. 1,400+ fellow Pollenites already spend time engaging with each other there, so come on over and join us!

Connect with 4,100+ Pollen members and have access to sharing jobs, events, and articles directly with fellow members.

If someone has forwarded this to you and you’d like to become a full-fledged Pollenite, which provides you with the opportunity to contribute content for distribution to the entire Pollen network, become a member by emailing larsl-at-keystonesearch.com.

Pollen joins in mourning the passing of Gary DeCramer of the Humphrey School of Public Affairs at the University of Minnesota. His memorial service will be held March 20th at 4 p.m. at Ted Mann Concert Hall. An online memorial guest book can be accessed via this link.

March 29 – Independents United for All Families event (via Matt Lewis)

April 24 – Hear from Ashoka Fellows Kathryn Hall-Trujillo and Josh Nesbitt at the Solutions Forum about how social entrepreneurs are developing and transforming health systems.  April 24th at the Minneapolis Public Library.  The event is free and open to the public, but tickets are required.

May 5 – The Basilica Landmark presents “Setting the Stage”

The 5th Annual Emmanuel Masqueray Ball benefits needed capital improvements for The Basilica and its Campus.

May 19 – The Alzheimer’s Association’s annual Remembering Our Stars Gala raises funds to support the many programs and services of the Association and is also a time to celebrate the lives of loved ones with Alzheimer’s and related diseases.

Bush Foundation seeks applications for the Bush Fellows program. Application deadline is May 4 for this round of applicants.

Applications are now being accepted for the 2012-2013 Policy Fellows program at the University of Minnesota’s Humphrey School of Public Affairs.

Now in its 22nd year, the Policy Fellows program brings together rising leaders from business, government, and nonprofit sectors to hone their leadership skills, build their professional networks, and learn how to tackle the “common good” challenges facing our state and nation. As part of a 35-person cohort, Fellows meet monthly between September and June for full-day workshops and seminars; design and implement group projects on topics of their choosing; and participate in a three-day study trip to Washington, D.C.

Emerging and mid-career leaders throughout the state of Minnesota are welcome to apply. The application and two recommendation letters are due June 1, 2012 for the nine-month program beginning in September.

“The Minnesota Cup, the largest statewide new venture competition in the country, is once again seeking to support and accelerate the development of the best breakthrough ideas from across the state.  This year we have $200,000 in cash plus many other prizes to award in six divisions: Clean Tech & Renewable Energy, BioScience & Health IT, Student, General, High Tech and Social Entrepreneur.  Anything from an idea to a new venture generating less than $1 million in revenue is eligible to enter.  The 2012 competition launches on March 26th at www.minnesotacup.org and entrepreneurs may enter through 11:59pm on May 18.” (via Matt Hilker)

Pollenite Katie Clark participated on a panel at Brookings Institution on “Export Nation 2012: How U.S. Metros Are Driving National Growth”

Shakopee enjoys “Saturday Night Live” fame. So just how did that happen? One guess: St. Olaf graduate Shelly Gossman who is a writer with SNL.

Jane Leonard of Bush Foundation “What will the future of leadership development look like?”

Robert Stephens, founder of Geek Squad, shares why he is leaving Best Buy

In celebration of National Philanthropy Day the Association of Fundraising Professionals Minnesota Chapter (AFPMN) is accepting nominations for individuals and organizations that have demonstrated exceptional leadership and generosity of time and resources in our nonprofit community. Any community member may nominate someone for an award. All nominations must be received by no later than May 11, 2012. Award recipients will be honored at the 2012 National Philanthropy Day Celebration on Friday, November 16, 2012, at Minneapolis Marriott City Center. For further information please contact Susan Wineland at susanwineland-at-yahoo.com or (612) 275-9372.

Join art & design studio Works Progress & Friedman Iverson law firm for this free series of workshops exploring legal issues that artists and other creative entrepreneurs often face. Each workshop will begin with a broad theme, but will be tailored to the unique experiences and questions of participants. Curious about legal issues, but don’t know how to talk to lawyers or where to begin? This is your chance to get to know the legal landscape in the fun and supportive environment of Intermedia ArtsHub! Adult beverages and otherwise will be available!

To Stephanie Devitt on the launching of her own public affairs, communication and advocacy consulting practice, SDK Communications, LLC

To Mike Logan on his new role as Director, Government Affairs for Comcast

To Nena Street on founding a new company, Robotics Innovation, LLC, which will be leading efforts to build a research park for the robotics industry in Minnesota. Her website will be live April 1st at http://www.roboticsinnovation.com/

To Cathy Schmidt on being named new president of CEORoundtable

To Matt Gallivan on his promotion to Legislative Correspondent/Legislative Assistant in the office of Congressman Erik Paulsen. Matt shares that he will be “handling education, agriculture, the environment, immigration and space/technology issue areas.”

To David Edgerton, Jr. on his new role as IT Strategic Business Partner at National Marrow Donor Program and on being named to Carlson Liaison role on the Medical Industry Leadership Institute Affiliate Board at the Carlson School of Management.

To Kate Barr, Rich Cowles and Laura Zabel on being mentioned in Chronicle of Philanthropy story “Why Nonprofit Leaders Tweet“

Special props to the Pollenites included in the 2012 “40 under 40”
cohort (apologies to anyone unintentionally omitted):

The Minneapolis Foundation – Manager of Investments

The Works – Manager of Individual Giving

The partnered Boards of Global Citizens Network and Intercultural Student Experiences have two board openings and are seeking qualified applicants who reflect the organizations’ values of deep respect for cultures, diversity, and learning. In particular, the Boards hope to more closely reflect the communities and countries visited by GCN and ISE. (via Paul Ernst) 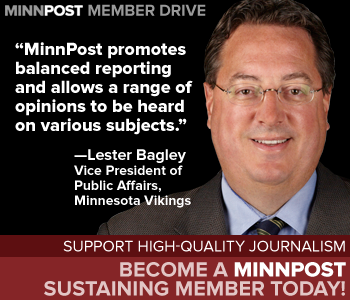 LinkedIn: Connect with 4,100+ Pollen members and have access to sharing jobs, events, and articles directly with fellow members:

Thanks for growing and spreading Pollen together! Make sure to bookmark BePollen.com for our launch on April 1st!!