In just a few weeks, the Twin Cities will host over 800 performances of 165 shows in 15 different venues over 11 days. This can only mean one thing. It’s time for the Minnesota Fringe Festival.

Best thing about Fringe? The performances chosen are unjuried—meaning all shows are selected at random.

It’s the quintessential representation of an inclusive and accessible art experience.

No matter if you’re a seasoned Fringe fan or you’re still Googling “Fringe” to figure out what we’re talking about, we’ve got a series of highlights and interviews with five participants in different Fringe shows to give you the rundown.

As you’ve pulled together Ivory Tower Burning, what about the process thus far has surprised you the most? What’s been the hardest?

Personally, it’s been very interesting to see a script I wrote come alive between two actors. One reason I took the initiative to move into theatre from creative writing and journalism is that I was looking forward to the collaborative, live process.

Even though a play isn’t “real,” when a script is performed it becomes present and alive in a way that a book or article never does.

I wrote the script quickly, and I’ve been surprised to see how many layers become apparent when my co-star—my brother—and I enact the script in rehearsal. I do mean that I’ve been pleased with how well this particular piece of writing has held up, but I also mean that everything anyone writes has layers that the writer includes unconsciously and that might never become apparent unless a piece is given the kind of intense attention it gets when it’s performed as a play.

The hardest part has been finding the time to do as much publicity for the show as I’d like. I’m behind the curve, for example, on making a video. If and when I do another Fringe show, I’ll plan my publicity timetable more carefully.

My advice would be to buy a multi-show pass and see as many shows as you can. That allows and encourages you to take chances, but it also shows you how Fringe shows are different—in an interesting way—than most other theatrical performances you’ll see.
Because producers are so limited in time and space, charisma and imagination become especially important. The best Fringe producers use that to their advantage.

The company Transatlantic Love Affair, directed by married couple Isabel Nelson and Diogo Lopes, created shows that were among the best and most memorable of the entire Fringe in 2010 (Ballad of the Pale Fisherman) and 2011 (Red Resurrected). This year they’re presenting a new play called Ash Land, which for me is the #1 can’t miss show of the 2012 Fringe.

Other shows I’m excited about include Four Humors’ Candide, Joking Envelope’s Nightmare Without Pants, and Raw Sugar’s You Smell Like Whiskey and Bad Choices. I’ve already seen Seth Lepore’s SuperHappyMelancholyexpialidocious, which will please the many fans Lepore won with his sleeper hit Losing My Religion last year.

What can a newcomer to The Theater of Public Policy expect at your Fringe
Show?

In less then 60 minutes, Fringe guests will enjoy a probing conversation with a prominent Minnesota thought-leader, hilarious improv comedy, and a chance to think and talk about important debates and big ideas in a whole new way. The show starts with an interview with a well-known Minnesota thinker on stage.

This is likely the only Fringe show in history to feature a sitting Secretary of State, the Director of the Minneapolis Institute of Arts, and a former Gubernatorial candidate…and for an improv comedy show no less.

Following an on-stage interview with the guest, a team of some of the Twin Cities’ best improvisers use all the ideas and debates that emerge as inspiration for longform improv comedy scenes. They pull unpack and re-imagine the issues with smart, unscripted comedy.

The show gives longtime policy lovers a new way to approach an old debate. It gives folks who might not consider themselves policy people a fun and engaging gateway into important conversations. It gives everyone a reason to laugh and have fun while talking about public policy.

Any Advice you’d give to new Fringe-goers?

See at least three shows during the festival before making any conclusions about Fringe in general. Because the festival’s producers are decided by lottery, there’s a lot of diversity in the content of the shows. It’s entirely possible that one show simply won’t be your cup of tea. It’s equally possible that one show you see is simply terrible. But there’s just as much a chance that another performance will be spectacular and something you remember for years to come. That’s just the inherent gamble of the festival.

The tragedy would be in seeing one show you didn’t enjoy and then swearing off the festival entirely.

Besides the show you’re in, any other shows you’re most looking forward to?

As a great fan of comedy and history, I’m eager to see TROY! The Musical. Plus, the retelling of this Greek epic was created and produced by The Theater of Public Policy’s own Maggie Sotos.

Favorite part of preparing for Fringe 2012?

Our show is primarily physical theater, which requires a lot of experimentation and creativity. Henry MacCarthy (director) has enlisted us (the performers) in the creative process quite a bit and asked us to bring our own ideas to rehearsal. It’s a lot of fun because we all feel like we are part of the work and personally invested in the process. And we get to be silly.

Wait a week or so into the festival and read reviews and ratings on the Fringe website. You will get a much better idea of what a show will be like and if it’s worth your time and money.

I am excited about

What was your favorite part about preparing for Fringe 2012?

Getting to know and work with the casts of the shows I’m working on. Because of the way everything is structured, everyone in the process works very closely—the playwright is right there in the room with you. Or, there might not be a playwright at all and the piece is yours from start to finish. It is very exciting to be part of something that feels so personal.

Get your money’s worth.

By seeing theatre at Fringe, you’re witnessing the theatre that the movers and shakers of the Twin Cities theatre scene really want to make with only a few limitations.

People who are successful in Fringe get a taste of what it is like to succeed in a less structured environment, and are thereby able to keep making the theatre that you like. But without and audience to support them, they have know idea.

I’ve been too busy to look too far ahead—it still feels a little surreal to be part of Fringe period, let alone plan for everything else. I am teaching at the Eau Claire Children’s Theatre this summer as well as being involved in two Fringe shows, leaving me without as much time to watch theatre as I would like. I think I’m just going to go and see whatever is playing when I’m not working. 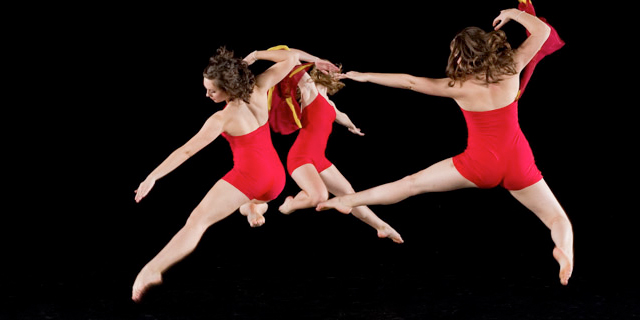 Favorite part of preparing for Fringe 2012?

Meeting new performers in the area!

Since I am new to the Twin Cities, preparing to perform and helping with choreography in Fringe has made Minneapolis feel like home.

I would say see as much as possible! Visit the website, see what interests you, and make a point to see a variety.

One show that really looks amazing is Train Stories by BODYTALK. Dancers in this show are passengers on a train. Sounds like a fun ride to watch!

Want more Fringe recommendations? Check out this curated list from the staff of Paper Darts.