News
Pollen
Pollen is a community comprised of civic-minded connectors who share ideas, career and civic engagement opportunities and peer-to-peer recognition to create positive impact and personal and professional growth for its members.
Aug. 2, 2012

Selected as a one of “10 Nonprofits to Watch in 2012” by The Chronicle of Philanthropy, the Young Nonprofit Professionals Network has come a long way since 1997, when the fledgling first chapter was formed in San Francisco, as a project of CompassPoint Nonprofit Services.

Flash forward 15 years, and YNPN is a thriving national network, with 34 chapters all over the country, supporting the growth, learning, and development of tens of thousands of young nonprofit professionals.

August 3 – 5 is the YNPN National Conference, with dozens of chapter leaders converging back where it all began in San Francisco to learn, trade stories, and strengthen YNPN’s national network.

One of those vibrant and active chapters can be found in the Twin Cities.

With multiple networking and professional development events every month, a busy and engaging social presence, and one of the best blogs around, YNPN Twin Cities has quickly become a name to be known in Minnesota’s nonprofit scene.

How did we get there, and what lies ahead? I asked fellow Pollenite and YNPN Twin Cities founder Trisha Reinwald about the chapter’s past, present, and future.

What’s the YNPN Twin Cities origin story? When did this chapter form, and what prompted you to get the local chapter rolling?

We started up in 2006. I was working my first full-time job with a nonprofit and came across information about YNPN, which at the time had about 10 chapters.

I got a little Minnesota-proud and thought, hmmm…how is it that we have this amazing vibrant nonprofit sector in the Twin Cities and we don’t have one of these chapters here?

We had a much more robust nonprofit professional development ecosystem than many of the other cities that already had chapters, but young people coming into these careers didn’t have awareness or much access to these resources.I knew YNPN could help be that connector.

How did you recruit the first members? Form the initial board of directors?

It wasn’t that long ago, but it really was before social media (other than MySpace) existed, so member recruitment was old-fashioned pounding the pavement, getting 1/4 sheets and flyers with tear-offs to all the coffee shops around Uptown. We started with monthly happy hours at the Old Chicago in Uptown, taking advantage of their free parking and willingness to reserve us space. We did monthly gatherings there for a year, building a core group of people interested in YNPN. After the first year, we did a call for board members. I was worried about “hand-picking” the first board and we weren’t sure how many people would apply. As it turned out, ten people applied and we just decided to invite them all in! In those first few years, there was quite a bit of board turnover but we eventually figured out exactly what the niche of the organization was going to be and what kind of board members we needed to keep YNPN going strong.

How have you seen YNPN Twin Cities evolve over the years? 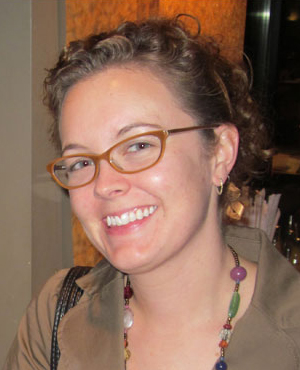 The beginning was hard, really hard. Building a team to act as the working board, getting to know and trust each other, trying to get everyone on the same page: this is all hard work. And even though we were a part of a national organization, we had to go through all the growing pains of a start-up.

When social media took off, so did our chapter’s momentum. We suddenly became more accessible to our key audience, and could develop a presence in the community beyond in-person networking events. Around the same time, some key board members joined and brought skills to the table that helped move the group from start-up mode to being a focused organization with more formal ways of building its board, delivering programming, and connecting with members.

Today, the chapter is THE key way that young nonprofit professionals in this community can connect with professional development resources, connect with each other, and together think strategically about their careers.

You’re now on the national YNPN board of directors. What perspective has that given you on what’s happening with YNPN both locally and around the country?

Being on the national board has reinforced much of what I learned locally: there is a wealth of leadership and skills that young people possess that will not only deliver well-run, innovative, and effective nonprofit organizations, but will ALSO deliver powerful community impact into the future. YNPN’s exponential growth nationally has a lot to do with young people’s interest in being connected and working together to meet community needs.

Young people have the energy, focus, and perspective to drive the organizational effectiveness and community impact we all seek — our country’s leaders need to take note.

YNPN recently hired Trish Tchume as its first-ever national director. What do you think that means for YNPN’s future? Where do you see it going in the next 15 years?

YNPN is one of the only nonprofit-focused professional development organizations with local connections all over the country, in both small and large cities. As a grassroots movement, YNPN has grown to the point that community leaders and national leaders alike look to us as a resource to get a pulse on the future of the social sector. As such, we needed staff and a leader that could bring that local perspective to a national conversation. As a long-time YNPNer, Trish has been a key part of defining our voice as a national network, and I’m so excited she’s now serving as our first national director as we celebrate this milestone.

In YNPN’s next fifteen years, I think we’ll see the organization grow in its ability to serve the nonprofit sector’s up-and-coming leaders and grow in its ability to bring young professional’s voice to national conversations about the future of the social sector. We’re excited for YNPN Twin Cities to be a key part of building a stronger nonprofit sector and supporting the young leaders that will shape it.