Pollen
Pollen is a community comprised of civic-minded connectors who share ideas, career and civic engagement opportunities and peer-to-peer recognition to create positive impact and personal and professional growth for its members.

The following is an opinion piece by Daniel Sellers, Executive Director of MinnCAN. Pollen aims to promote open discussion among our members as a platform where all perspectives are welcome.

Never before in Minnesota have our public schools been so divided, and never before have we lived amidst such a stark black-and-white issue.

Until we reform our schools, the chasm will grow wider.

Sixty years ago, the U.S. Supreme Court began to hear arguments for the landmark case, Brown v. Board of Education. It’s one of the most lauded court cases in our nation’s history, a staple in our schools’ civic and history classes. Two generations later, education leaders and elected officials have dubbed public education as the civil rights issue of our time. This is news for many Minnesotans. It’s hard to stomach that Minnesota, far from being an exception, is a prime example of education inequities and disparities. Not only are Minnesota’s achievement gaps (e.g., between white students and students of color, and across different socioeconomic backgrounds) among the worst in the United States, but our Black elementary students actually score worse than their peers in the Deep South.

This should concern every Minnesotan.

Of course, this need not be the case. We know that all students can succeed when we give them opportunities to do so. All Minnesotans, from parents to policymakers, should consider it a key priority to make sure that every Minnesota child attends a great school.

We have much to be proud of. Time and again, from polls to community conversations and levy referendums, Minnesotans firmly attest their commitment to public education. This is great, and our values are fundamental and foundational to creating great schools across the state. But there is a severe hiccup: our self-evaluation of Minnesota—one that is rosy and harkens back to a simpler Garrison Keillor sort of time—too often stifles progress in communities where change is needed most.

While our most affluent, white students are racing ahead and carrying our state upward, a different reality exists for Minnesota’s students of color and low-income. The fact is we fail to provide these students the same opportunities and equitable access to high-quality schools as their peers. As a result, they fall further and further behind. We need to collectively adopt meaningful solutions that ensure they have the chance to join their peers at the top of the class.

Here are some examples of how a Minnesota education fares well for only select students:

Concurrently, our demographics are changing and they’re changing rapidly. According to the 2010 U.S. Census, 17-percent of Minnesotans are people of color and 30-percent of preschool-aged children are kids of color. 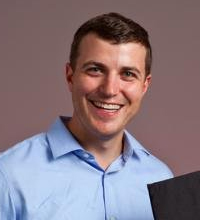 Our state and business leaders repeatedly position Minnesota as a viable contender in a growing global market. At our pace and place, where left-behind students saturate Minnesota, we’re not slated to produce a workforce suited for international competition. Among all industrialized and developed nations, the Program for International Student Assessment often excludes the United States from its major top-10 rankings of high-performing public education systems. That’s deplorable.

We can’t afford to let complacency and the status quo guide public education.  Every student has potential. Every student can succeed.

No matter where you reside in the North Star state, many next-generation Minnesotans are desperately struggling in our K-12 public schools. Who will carry the torch 15, 20, 30 years from now to make sure that Minnesota communities continue to thrive?

Minnesotans vote in droves, contribute the most money to charitable causes, are home to the second-most Fortune 500 companies per capita and some of the healthiest people in the country. Minnesota is an excellent place to live, work, and play. Perhaps the best in the United States. However, we face a crossroads in which the comfortable bubbles in which we operate are barriers to meaningful opportunities, opportunities to provide equality for all Minnesota kids to be college and career-ready.

Recent education reform policies have helped change the direction and conversation in Minnesota. But the ripples stirred up by statewide teacher evaluations and alternative teacher certification need to grow into seismic waves that propel all kids to success. Our state should give parents a choice among high-performing schools, grant school leaders the autonomy to run great schools—including the flexibility to recruit and retain excellent teachers—and ensure that we hold schools, districts, and communities accountable for student achievement.

By the year 2018, 70-percent of all jobs in Minnesota will require post-secondary education (that’s approximately an eight percentage point increase from where we are today). By that same year, Minnesota, as part of its federal No Child Left Behind waiver, aims to close its achievement gaps by 50-percent. Instead of celebrating our most recent Minnesota Comprehensive Assessment results, we’re confronted with alarming statistics: our students are slightly more divided than they were last year. We’re moving in the wrong direction.

The facts are sobering but clear, and so is the opportunity. Let us rally on our common ground—a unified valuing of public education—and adopt reform policies that help every Minnesotan child gain access to a great public school.

This piece originally appeared at BePollen.com.