News
Pollen
Pollen is a community comprised of civic-minded connectors who share ideas, career and civic engagement opportunities and peer-to-peer recognition to create positive impact and personal and professional growth for its members.
March 15, 2013

Larts Leafblad: How do you describe your job to someone you’re meeting for the first time?

Jason Rohloff: I tell people that I am responsible for managing the office that works with federal and state policymakers and campus neighbors to advance the interests of the University of Minnesota and its partnerships with the state.

LL: What’s the most frequent question(s) you’re asked by legislators in this role?

JR: This surprised me when I came to the U of M fourteen months ago, but it is definitely: “What’s happening with those Gophers?” I never had any idea how many people followed college sports. Reading the sports page of the newspaper has now become an important part of my daily routine.

LL: As a former leader at the Gates Foundation, what role do you see for philanthropy in higher education and, more broadly, in public policy? 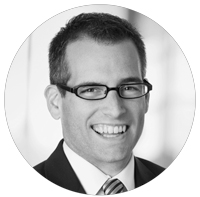 JR: Philanthropy plays a unique and important role in the public policy arena. This is because, unlike state and federal governments, foundations can take calculated risks to address pressing challenges by investing in promising ideas and research. When I was at the Bill & Melinda Gates Foundation we invested in many different projects to ensure that students are college and career-ready and to help more students graduate from high school and post-secondary institutions. Some of these projects were successful and some were not. We were then able to share our results with state and federal policymakers so they could more confidently invest in those ideas that demonstrated effective results and avoid those that did not.

LL: How do you re-charge?

JR: A double-shot espresso from Starbucks usually gets me moving, but in addition to that it has to be international travel. Since being a college student (at the University of Minnesota, Twin Cities), I have been fascinated by other countries and cultures. It surprises me how different our environments are, yet we all basically want the same things out of life. As long as I am able to board an airplane I will keep exploring new places and meeting new people.

JR: I was very close with my grandfather when he was living, and when I was a teenager he told me that “I will never fail if I always work hard.” I have never forgotten his advice, and given that he had an 8th grade education but, through hard work, eventually became very successful in real estate, I never had reason to doubt his words of wisdom.