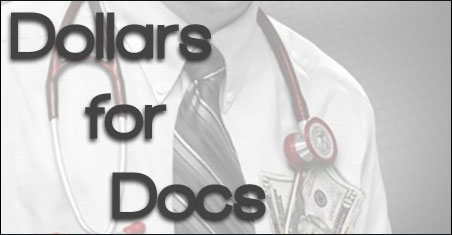 MinnPost graphic
Are your doctors receiving money from drug companies?

For decades, drug companies kept the names of their speakers — and how much they paid them — secret. But over the past two years, companies have begun posting this information on their web sites, some as the result of legal settlements with the federal government.

ProPublica took these disclosures and assembled them into a single, comprehensive database that allows patients to search for their physician.

It was not easy. Some of the firms constructed their sites in a way that made it near impossible to analyze or, in some cases, even download their data. And each firm disclosed its data differently. Some, for example, simply included speaking. Others also detailed consulting. Sometimes, research, business travel costs and meals were listed, too.

Disclosed payments from pharmaceutical companies to Minnesota Health Care Practitioners totaled over $10 million from 2009 to 2011.

ProPublica will update the database from time to time as additional companies release their payment data. Federal law requires that all companies publicly report this data beginning in 2013. That information will be posted on a government web site.