“What’s wrong with the kids of today?” Probably every generation has posed that question about the upcoming one. But today it’s more than rhetorical. What kind of children are we rearing?

Just a few days ago, rowdy, crude middle-school students in Greece, N.Y., bullied their 68-year-old bus monitor to the point of tears. Their actions were caught on video and posted to YouTube, where the video has gone viral with nearly 7 million hits.

The kids who target Karen Huff Klein are relentless. Here’s a cleaned-up version of some of the taunts:

“Put those sunglasses back on, looking like a troll.”

“Hey Karen, are you crying?”

“She probably misses her box of Twinkies.”

“Hey guys, stuff the Twinkies up her a–.”

It’s filthy, disgusting behavior that is so wrong on so many levels.

Unfortunately, as a substitute teacher in three local school districts, I see examples of over-the-top behavior all the time. The good news: I’ve never seen any local kids stoop to the kind of meanness exhibited by the kids on that New York school bus. The bad news: Some of our kids are disrespectful and use horrible language, thinking nothing of dropping the F-bomb repeatedly in ordinary conversation.

Still, it doesn’t come close to what happened on that school bus. That behavior was group bullying directed at a woman who could be their grandmother. Do these kids have no sense of empathy? Would they speak to their grandmother this way?

According to Bill Clafton, a child psychologist at Fraser Child and Family Center, Bloomington, the kids from Greece, N.Y., were engaging in herd mentality at its worst.

“The more numbers you have, the more people join in,” Clafton said. “One person would not normally behave that way alone. It’s like what we see with adults rioting. It’s my guess that [this kind of thing has happened in the past], but when we were growing up, there was no social media. Now an incident is taped and the next day it’s out there.”

We have to assume all our actions could potentially be out there for the world to see, Clafton added. Then there’s the go-along-to-get-along factor, he said. “Kids wonder, ‘What happens to me if I don’t go along?’ ”

Therein lies one of the lessons I learned from my mother that has stayed with me all these years: “Stand for what is right even if you have to stand alone.” That’s tough for a kid, but that’s what it means to display integrity and strength. We need to teach our kids that today.

And since it truly does take a village to raise a child, we all share in the responsibility for seeing that our kids grow up to be respectful, empathetic human beings, says Martha Farrell Erickson, another local child psychologist and owner and co-host of the “Mom Enough” weekly online parenting  show. 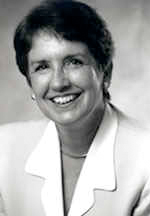 That video was “so disturbing,” Erickson said. “You’d like to think that it’s an isolated incident, but I don’t think it is. We’ve seen enough [incidents] to make us concerned that we’re failing as parents, educators and society to teach our kids respect and empathy.” In addition to teaching those basic tenets of human behavior, our kids need from us “clear rules, clear expectations and clear consequences [when the rules aren’t followed], Erickson added.

As a start on the road to instilling empathy in our kids, I’d encourage every parent to use this as a teachable moment — to sit down with their kids 11 and older and view the video together.

Granted, the language in the video is crude, but trust me, it’s nothing kids haven’t heard. And isn’t the outcome more important?