News
Rural Dispatches
Rural Dispatches is a yearlong series about the challenges and opportunities in Minnesota’s small towns, made possible by a grant from the Blandin Foundation.
Nov. 25, 2015

WINONA, Minn. – On a recent November afternoon, Andrew Maus, the executive director of the Minnesota Marine Art Museum here, led a visitor through the museum’s contemporary gallery, which displayed the water-themed paintings and photographs of emerging artists in an exhibit called “Surfacing.”

Eventually, Maus worked his way to a back room, where paintings by Picasso, Matisse and other greats hung on the wall. He noted, in polite Midwestern reserve, that one piece on display – Emanuel Leutze’s famous painting of Washington crossing the Delaware – had once hung in the White House. Now it was here, in a small-town museum on the banks of the Mississippi River.

It seemed like a fitting introduction to Winona’s arts and culture scene, which is a bit like the museum itself: well known, but only fully appreciated after a closer look.

The museum opened in 2006 and has become a popular destination for art seekers in the Midwest; Maus estimates that 30,000 people will stop by over the next year. It also serves as a complement to several festivals – such as the Great River Shakespeare Festival, the Frozen River Film Festival, the Minnesota Beethoven Festival and the Mid West Music Fest – that form the heart of a decades-long creative revival in this city of 28,000. 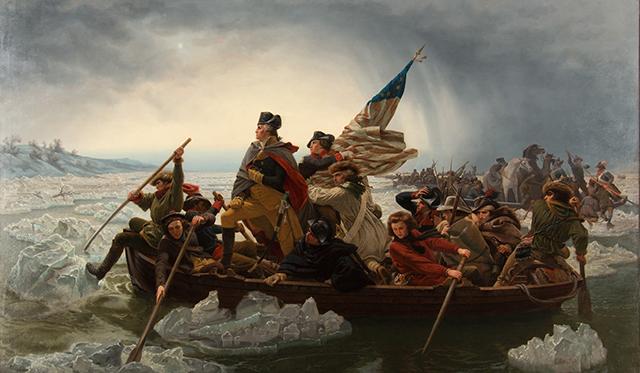 “Winona is a city that truly gets the arts,” said Lee Gundersheimer, who is beginning his third year as the managing director of the Great River Shakespeare Festival (which is also a theater company). “And they know what it can do for a community.”

The Shakespeare festival has become, perhaps, the signature event on Winona’s cultural calendar, a six-week stretch of live music and symposiums that culminates in productions staged, with professional actors, at Winona State University. “Julius Caesar” is among next summer’s planned performances.

Maus and Gundersheimer, during an interview with MinnPost at the museum, used the phrases of the cultural entrepreneur – “systemic arts economy,” “arts ecosystem” – in explaining the popularity and growth of arts outlets here. Like sports teams, they agreed, arts and culture organizations can help to craft a community’s identity and create emotional experiences for people.

“People are not just coming for a specific experience and moving on,” Maus said. “They are seeing something, shopping, finding a place to eat. It’s about experiencing the nature of the place.” 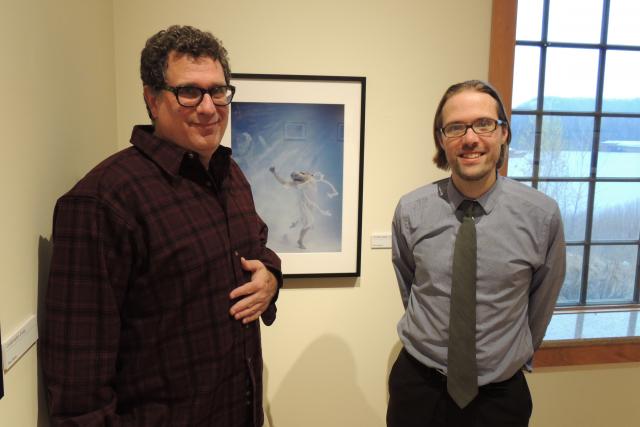 According to the National Assembly of State Arts Agencies, Minnesota is projected to rank first, in 2016, among the states in per-capita state government funding on the arts; the agency projects a figure of $6.29 per person, or a total of about $34.3 million. A map of the states with 2016 projected legislative spending can be seen here.

One reason behind the top ranking is the Clean Water, Land and Legacy Amendment, a state constitutional amendment that generates funds for the promotion of both the natural environment and the unique culture of Minnesota. The amendment, approved by voters in 2008, is essentially a 25-year sales tax for a fund that supports an array of loosely related pursuits, including arts initiatives.

Whether that investment has translated into economic gain is more difficult to measure, though a series of recent reports suggests that “arts and culture” – a broad category that encompasses everything from artisan markets to community choirs to exhibits – are contributing significantly to local economies.

The reports were published by Minnesota Citizens for the Arts – which lobbies for arts initiatives in both St. Paul and Washington – along with a coalition of groups that support the arts. The studies, issued under the banner of Creative Minnesota, document the economic impact of the arts across Minnesota.

Here in southeastern Minnesota, in a region defined by 11 counties, that impact was calculated at $25.6 million annually (a figure that combines spending by arts organizations and their audiences). Moreover, the report found that 122 nonprofit arts and culture organizations in the area provide the equivalent of 716 full-time jobs and that about 724,000 people attend arts and culture events in the region each year.

Creative MN
Creative Minnesota found that 122 nonprofit arts and culture organizations in the area provide the equivalent of 716 full-time jobs.

In Winona alone, the economic impact of arts groups was calculated at $4.7 million.

The arts in southeastern Minnesota – fueled not only by Winona but by the bed-and-breakfast hamlets that dot the region – generated the most economic impact of any area in the state except for the Twin Cities and the Arrowhead region along Lake Superior’s North Shore, the reports concluded.

Creative Minnesota has also crunched the numbers for cities and counties in several parts of the state. For instance, it found that arts-related activities generate $3 million annually in Fergus Falls, a city of 13,000 in Otter Tail County in west-central Minnesota. Those findings were based on a review of nine nonprofit organizations that provide the equivalent of 86 full-time jobs, according to the report. Moreover, an estimated 42,000 people attend arts and cultural events each year in Fergus Falls. 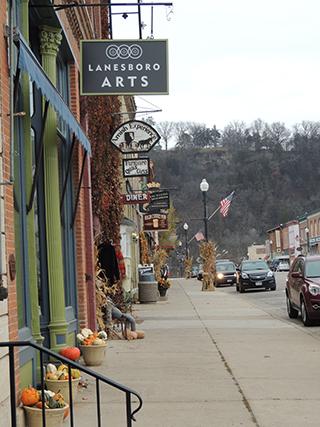 MinnPost photo by Gregg Aamot
Lanesboro, a town of 750 people in Fillmore County

Maus and Gundersheimer are part of an ad-hoc committee of civic leaders who are looking at other ways Winona can build upon its cultural capital (though Maus will be leaving shortly to lead the Plains Art Museum in Fargo). One idea is a pedestrian mall, featuring public art, that would create a closer connection between Winona State and the nearby downtown with one of the city’s overlooked treasures – the Mississippi River.

No doubt, Winona is blessed with natural beauty, most notably the river and the bluffs that border the city. Indeed, the southeast corner of the state is filled with aesthetic gems, especially in the fall – from barns nestled into hillsides to bike trails winding through gently rolling, golden harvested fields.

In Lanesboro, a transformed farm town of 750 people, Main Street drops below the bluffs into a stretch of shops, restaurants and the Commonweal Theatre; former U.S. Rep. Tim Penny, who now runs the Southern Minnesota Initiative Foundation in Owatonna, referred to Lanesboro as a “five-star example of what small towns can be.” (The town calls itself “The Bed & Breakfast Capital of Minnesota.”)

The foundation has supported several projects in the region, including an arts-and-crafts market in Northfield; a downtown app in Winona, to help visitors find shops and restaurants; and the painting of quilt murals on barns along Highway 60 in the Zumbro River Valley. “One little thing here and another little thing there and pretty soon you have people coming into your area, shopping at your retail outlets, eating at your restaurants, spending money,” Penny explained.

Penny added that “cultural expression through the arts” must play a role in the economic growth of small towns, especially if they hope to attract the so-called millennials – young people who expect cultural richness to be a part of wherever they live, city or small town.

Adding value to the arts

While natural beauty is certainly a draw to this region, and others, it’s only one way to explain the success of the arts.

Sheila Smith, the executive director of Minnesota Citizens for the Arts, said many communities that have developed viable arts and culture scenes offer classes or workshops of some kind. In Grand Marais on Lake Superior’s North Shore, for instance, people can learn how to carve wood or take photographs at the North House Folk School – all the while spending their money at local hotels and restaurants.

(Such events are especially welcome, Smith said, “when the cold Minnesota winter traps people in their homes.”)

The Minnesota Marine Art Museum hosts many programs and events, as well, including a program for people with memory loss and art classes for children.

After his interview with MinnPost, Maus prepared to host an evening program of music and poetry in recognition of the 40th anniversary of the sinking of the Edmund Fitzgerald on Lake Superior. Winona’s poet Laureate, Ken McCullough, and Winona State poet James Armstrong were slated to speak.