News
Rural Dispatches
Rural Dispatches is a yearlong series about the challenges and opportunities in Minnesota’s small towns, made possible by a grant from the Blandin Foundation.
Dec. 24, 2015 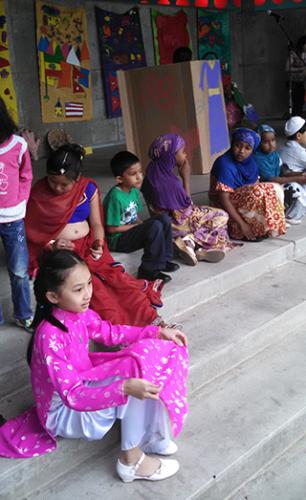 She is 27, from Somalia, a refugee from that troubled land who came to Grand Forks, N.D., seven months ago. She works at the local KFC franchise, but she hopes that with better proficiency in English and other skills she might improve her situation.

“I am glad to be here,” she says, meaning the classroom she shares with a dozen other Somali women.

“I need more education,” she says.  “Education is life.”

A debate continues across Minnesota over the evolving roles played by Northland and other schools in the Minnesota State College and Universities (MnSCU) system, whether the trade-school function may be overshadowing the traditional liberal-arts mission, especially in rural areas. Critics have challenged MnSCU’s “Charting the Future” planning document, a vision they argue emphasizes job training over the arts, literature and critical thinking.

But people here are excited about a specialized curriculum taking shape at Northland aimed toward a new pool of potential workers: international refugees. Collaborating directly with big manufacturing companies as well as community and service agency leaders, Northland is developing a course that would give students like Abdi and Dilli Rai, a Bhutanese man who works as a restaurant cook in Grand Forks, the specialized English and other job skills that could allow them to move up in the work force.

“Walk through our commons area and you would be amazed at our diversity,” said Brian Huschle, East Grand Forks campus dean (Northland also has a campus in Thief River Falls). “Somali, Bhutanese, Hispanic, African-American: These are members of our community, and Northland is in a great position now, with resources and connections with business partners and other groups, to take the lead” in helping them rise. 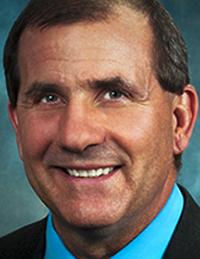 Dennis Bona, Northland’s president, said there is “an ethical, humanitarian passion that we are here to serve all students, all learners,” and that dovetails with area business needs. “We have an aging, retiring work force, and what an amazing resource this community has in these New Americans,” he said. “Without them, we don’t have people in the hopper to fill those jobs.”

Despite this year’s big slowdown in the oil industry, neighboring North Dakota’s unemployment rate remains one of the lowest in the country, and employers in the state’s larger cities are especially hungry for workers. The November unemployment rate in North Dakota stood at 2.4 percent while the October rate in Grand Forks County, the most recent available, was just 1.6 percent. “We have more than 2,000 open jobs in Grand Forks County,” said Keith Reitmeier, Grand Forks area manager for Job Service North Dakota. Northland’s job preparation program “is a good thing, a much needed thing, not just for the New Americans but for our employers.”

Aaron Brown, who teaches communications courses at Hibbing Community College and has voiced concerns about MnSCU’s shifting mission, said the Northland initiative seems appropriate as long as the traditional higher education mission is sustained. “That’s precisely why the community and technical colleges exist, to react to the community as it is,” he said. “When you have immigrants coming in and the goal is to help them thrive and assimilate, the community colleges can be an important part of it.”

Brown teaches students who plan to pursue bachelor’s degrees as well as students hoping to go right into trades. “Both (tracks) are very important,” he said. “We need to be responsive to the practical needs of training for welding or mechanics, but we also need to create citizens who can engage with the world, people who are able to ask questions and adjust and adapt to the world.” Responding first to New Americans’ need to be able to provide for their families through better jobs and bigger paychecks “is absolutely a valid idea,” Brown said. “They will be filling a community need, and also the human need (of the immigrants) to be valued in the community.”

As many as 1,000 refugees have come to or been resettled in Grand Forks over the past decade, from Bosnia, Iraq, Burundi and other countries. Most recent arrivals, about 100 a year, are Somali and Bhutanese, many of whom spent 20 years or more in refugee camps before being cleared to come to the United States by the U.S. State Department. 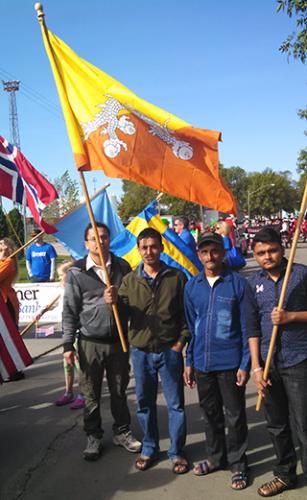 “When they arrive here and try to get a job, they often face three hurdles,” said Barry Wilfahrt, president and CEO of the local chamber, who has been involved in planning meetings for the jobs preparation program. “The first is language. It’s not realistic to expect them to become fluent in a month, but it gets them started. And they need to learn English work terms. The second is basic manufacturing skills. And third, how do you fit into the American work force? What do you wear to work? If you were to take me and drop me in China and tell me to get a job, what would I need to know to be successful?”

Global Friends Coalition, a Grand Forks nonprofit that works with international refugees once they’ve been resettled here, may have a role in recruiting likely candidates for the jobs program, along with representatives of the local Somali and Bhutanese communities, who also have been involved in planning the new curriculum. (This reporter is a volunteer mentor and board member at the coalition).

“Some of these people developed good skills in the camps, working as teachers and leaders,” said Cynthia Shabb, Global Friends’ director. “But they had never had the opportunity to work, so they tend to get stuck in entry-level jobs here. If you’ve never been paid or never had that opportunity to work, you need help getting used to the work environment. This program will help build skills and understanding of what it means to have a job – work culture, work language, work ethics – so the New Americans have opportunities to advance.”

Adds Robin David, a University of North Dakota educator and president of Global Friends, “They need jobs that will allow them to flourish. They see that as such an important step if the next generation can move beyond where they are.”

The Northland program has been modeled partly after a skills development program that the North Dakota State College of Science has offered in Fargo since 2002, when international refugees began arriving there. About 870 people have been trained for jobs in manufacturing and nursing, said Janie Hulett, director. Many of those students “had few educational opportunities or had their education interrupted by war and violence,” Hulett said. “These classes provide an opportunity to open doors for people by providing the skill training necessary to prepare them for work above the entry level, thereby enabling them to obtain a higher standard of living for themselves and their families.”

Big regional employers, such as American Crystal Sugar Co. and Marvin Windows, are helping to build the curriculum for the new program, Reitmeier said. “We need to show our New Americans a path to work,” he said. “In many cases, they just need a little more to be ready to go. These folks come here and they want to get to work right away and make some money. But they need better English and other skills to move up, to work with a particular piece of machinery or become a supervisor. They need to learn about safety in the plant, where the hazards are, and employers talk about the need to improve understanding of the work culture in this country. You need to get to work on time.”

Details of the job-readiness curriculum are still being worked out, Huschle said, but he hopes the program can start within a few months. Funding will come in part from a three-year, $15 million U.S. Labor Department grant that Northland shares with 11 other Minnesota colleges. The tentative goal here is to put at least 50 New Americans through 150 to 160 hours of training in the first course. Students will pay fees, but Huschle said he hopes to keep the costs inexpensive, especially for those who will have to take time off current jobs and arrange for transportation and day care.

“We’ll be working with New Americans whose English skills are at or above sixth-grade level,” he said. “We’ll work with them to help them attain language skills specific to the industry: knowing the difference between an open-ended adjustable wrench versus a box wrench, for example. We will train them in the basic safe handling of tools, basic mathematics, fractions and decimals, basic computer literacy for automated systems and production line work. The individual who comes out of this program will have the skill set that manufacturers say they want. They can hire that person with a reasonable assurance that they’re ready for the work.” 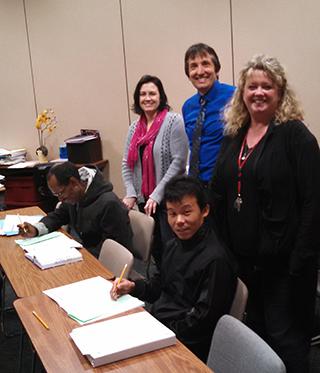 The New Americans will join the 4,000 to 5,000 other students who attend classes each semester at Northland, about 40 percent of whom plan to transfer to a four-year school for a bachelor’s degree. “I’m comfortable where we are academically,” Bona said. “We are not a classic liberal-arts college, but students can get a good start here if that’s where they want to go.

“It would not serve us as a nation to eliminate the liberal arts” at community and technical colleges, he said. “But we do have a responsibility to point all education toward employment.  All the different occupations out there – we have to prioritize what those employers are asking us to teach, such as technical skills. But they also are asking us to provide courses in critical thinking and civic responsibility. That’s also important, and we have to balance all that and fit it into the curriculum.”

Huschle, who holds a doctorate in philosophy and taught for 10 years before becoming an administrator at Northland, said the school offers a full range of liberal arts courses, including ethics, English composition, world literature, music and art.

“The programs are here to meet both needs,” he said.