News
Rural Minnesota
This project is made possible by a grant from the Otto Bremer Foundation.
June 21, 2011 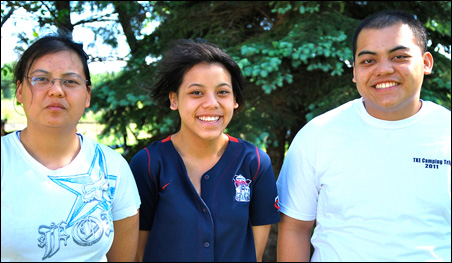 This week, Rural Minnesota: A Generation at the Crossroads is focusing on young immigrants in several rural areas of the state, from Pelican Rapids to Chisago County.

After the Vietnam War, many felt our government owed a debt of gratitude to the Hmong people for helping the United States fight the North Vietnamese. But when Hmong refugees began arriving by the thousands, some Americans were not very welcoming.  They perhaps didn’t recognize the truly American story that was unfolding.

I was at the Minneapolis Farmers Market recently and introduced myself to a smiling young man selling vegetables. He said his name was Thao Vang and his family had a farm in Chisago County, about an hour’s drive north of the Twin Cities. 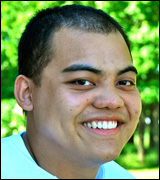 When I told him about the MinnPost rural youth project, he and his sister Sheng invited me up to the farm to show me around and talk about what it was like growing up there.

Their mother, Zoua Lo, and father, Dang Vang, came to the United States during the first wave of Hmong immigration in the late 1970s. They lived for a short time in Montana before settling in the Twin Cities.

Both parents have always worked — Zoua as a tailor and Dang as a machinist and welder.  They even owned a liquor store for a while. In 1999 they decided that they wanted their children to grow up in a rural area and experience the agrarian lifestyle that is such an important part of the Hmong culture. So they bought a farm. Zoua and Dang continued to hold outside jobs while growing vegetables and raising animals for their own consumption as well as an income supplement.

As a teacher in Minneapolis, I’ve met a lot of immigrant families. No matter where they’re from, the adults seem to share some core values, including hard work, education, cultural identity, self-sufficiency and a sense of gratefulness for living in the United States.

But the parents always want to talk about their children, about the future, not about themselves and the past. Their biggest hope is that their children have a better life than they had. Zoua and Dang Vang are no exception.

I made this video when I visited the Vangs’ farm recently. Zoua and three of her four children were around that day. They welcomed my camera and me into their home.

Hmong youth realize the American dream of their parents