News
Rural Minnesota
This project is made possible by a grant from the Otto Bremer Foundation.
July 21, 2011 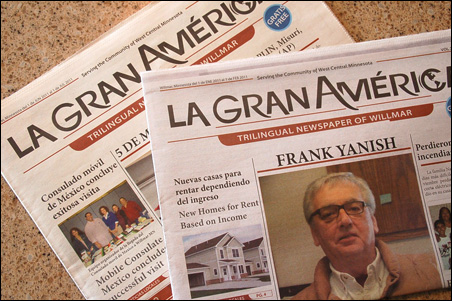 WILLMAR, Minn. — It’s been three years since Marian Sanchez launched one of the nation’s few trilingual newspapers in an unlikely location: here in a corner of Minnesota still known more for turkeys than for its ethnic flavor.

Since the summer of 2008, Sanchez’s monthly paper, La Gran America — the “great” or “grand” America — has published stories in English, Spanish and Somali, three languages that represent a unique mix of people in this town of 20,000 people in west-central Minnesota. Each issue has about 20 pages and is distributed free around the community.

Earlier this week, MinnPost caught up with Sanchez, a 30-year-old Colombia native who worked as a journalist in Latin America, rural Minnesota and the Twin Cities before starting La Gran America. With the help of an interpreter, she talked about her rural business venture from the paper’s storefront office in downtown Willmar:

MinnPost: How is the newspaper doing?  I see the latest issue has about 20 ads.

Marian Sanchez: Very good, very good. We are making progress. There are some new companies that are becoming interested in advertising, so I think the newspaper is doing very well.

MP: You gave this venture three years or so to turn a profit. Has it?

MS: Not yet, no. However, we continue to do the social work for the people — the work of a journalist. The next step will be to have a staff of workers, and right now we are working on getting a loan so that we can do that. We are also considering some different options. One of them could be to become a nonprofit. 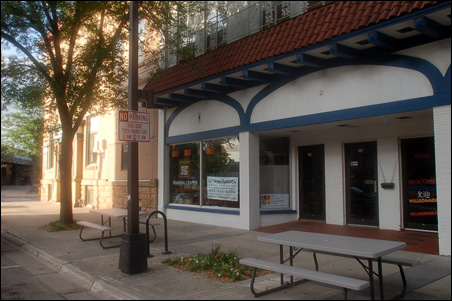 MP: Why did you choose Willmar as the place to start the paper?

MS: There was a need for a media here that could gather people together and that was very important; I knew that was lacking in the community. With the three languages I guess it was a way to bring different people together and have a media that was able to communicate to all of them.

MP:  You’ve been at this for three years now. Has the experience been what you hoped it would be?

MS: As a journalist, it has been just ideal. As a businesswoman, I have learned a lot. Maybe I don’t yet have the money that this kind of business should have or needs, but it has been an excellent experience.

MP: Let’s turn to the content of the paper. In your latest issue, you have a feature story on a nun from a local church and photos from Willmar’s summer festival, among other things. What kind of news and stories are at the heart of LaGran America?

MP: I see that you are also running Associated Press copy and stories from Minnesota Public Radio.

MS: I think our readers need information from around the world — maybe not something common that will be in other papers but something that has to do with the people who read this paper. Maybe something on scholarships, or immigration, or something happening in a country where some of our readers are from. 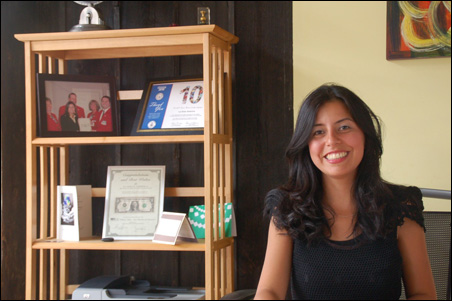 MP: If you could speak with young immigrant entrepreneurs, what would you tell them about the prospects of making their way in rural Minnesota?

MS: In some ways, I think there is just as much or more opportunity here than in Minneapolis. Of course, we’re coming out of an economic crisis. And it would depend on the business or the enterprise. But if a young person is interested in doing something here, he or she can make it happen.

MP: When I talked with you about this paper two years ago, you were putting in long days — sometimes working from 8 a.m. to 8 p.m. Are you still that busy?

MS: Yes!  Just look at the wrinkles under my eyes!

Gregg Aamot is a former newsman for The Associated Press and the author of “The New Minnesotans: Stories of Immigrants and Refugees.” He is a journalism and English instructor at Ridgewater College and Southwest Minnesota State University.