News
Rural Minnesota
This project is made possible by a grant from the Otto Bremer Foundation.
Aug. 12, 2011 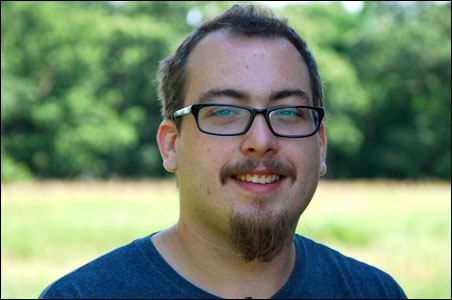 Anthony Morse, 25, grew up identifying with his Dakota heritage, but also feeling like a bit of an outsider because he’s not an official member, even though his mother and sister are both enrolled at the Lower Sioux Reservation and he can document his Dakota family line back 150 years.

After attending Cedar Mountain High School in Franklin, Minn., he went on to the University of Minnesota, Morris and earned an education degree, hoping to teach Minnesota history from a native perspective. Shortly after graduation, he landed a job as site manager and historic preservationist at the Lower Sioux Agency historic site near Morton, Minn., where I met him a few weeks ago.

Morse gave me a tour of the place where the first battle of the Dakota Conflict of 1862 took place and sat down with me to talk about small-town life, Dakota history, and how he hopes to someday be accepted as a member of the Lower Sioux Reservation.

With the Dakota language on life support, a resurgence among native youth