News
Rural Minnesota
This project is made possible by a grant from the Otto Bremer Foundation.
Sept. 27, 2011 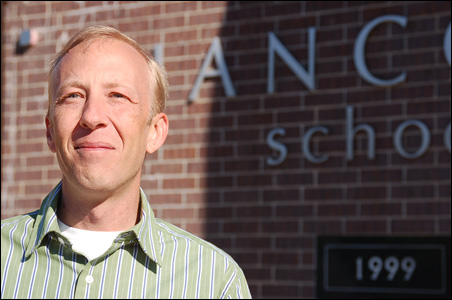 MinnPost photo by Gregg Aamot
Ben Winchester’s research shows many people migrate to smaller towns in their 30s and 40s — when they are best primed to add value to their communities.

HANCOCK, Minn. — For Ben Winchester, there is another side to the conventional story about rural population decline — one of hope rather than despair. And, being a numbers guy, he has the statistics to back it up.

Winchester, a research fellow for the University of Minnesota Extension, concedes that many young people leave their rural hometowns after high school or college, never to return — a trend explored in MinnPost’s series on rural youth.

Yet, he argues, here is what gets lost in the discussion: U.S. Census data showing that many people are migrating to smaller Minnesota towns in their 30s and 40s — a point in life when they are best primed to add value to communities with their life experiences, entrepreneurial skills and networks.

“This is one of the dynamics that we see here that really doesn’t get recognized. The focus is always on the kids,” Winchester said. “That’s troubling, when we don’t see the full dynamic of what is happening. But it’s hard to change the narrative.”

‘Brain gain’ report
Winchester, through the university extension’s Center for Community Vitality, issued a report in December 2009 showing that in the last decade of the 20th century 61 of Minnesota’s 67 rural counties had a net gain of residents 30- to 44-years-old. In other words, more people in that age range lived in those counties in 2000 than lived there in 1990. 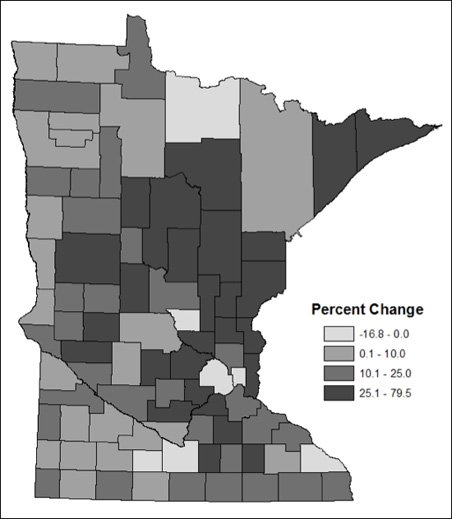 This map shows that nearly every rural county in Minnesota experienced growth in the 35-39 age range.

Indeed, in a nine-county region of western Minnesota, Winchester found that thousands of “newcomers” had migrated between 1990 and 2000, even though the overall population declined. (While an analysis on 2010 Census data is still being conducted, the trend is continuing, though at a slower pace, Winchester said).

While the numbers aren’t high enough to reverse an overall population decline in many areas, the findings are significant, Winchester said, because they suggest that people at certain points in life are seeking smaller communities. Moreover, these newcomers (or returnees, in many cases) are bringing their children to dwindling school districts.

It’s a phenomenon Winchester and other demographers are seeing not only in Minnesota but also in other Upper Midwest states. And it’s enough of a trend to dent the sky-is-falling ‘brain drain’ narrative that has taken hold in rural America.

“I think rural areas are as vital as they have ever been, but the headlines are about post offices and churches closing,” Winchester said. “Well, things change every day. The challenges are global, and rural areas have been resilient in their ability to adapt.”

Quality of life
The university’s Crookston campus compiled interviews with 53 people who migrated to rural Minnesota towns and found the following top reasons, among others, for their move: a simpler pace of life, less congestion, and good schools. 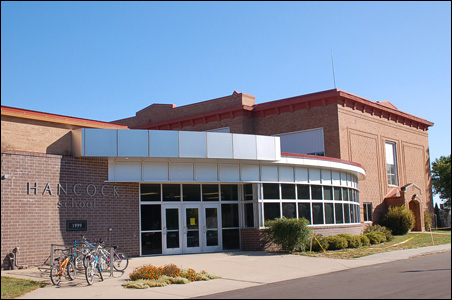 MinnPost photo by Gregg Aamot
Ben Winchester: “Once the kids are in first, second, third grade people start looking around, and rural Minnesota seems to be a good fit.”

” ‘Jobs’ wasn’t even in the top five,” Winchester said. “Quality of life is the trump card here. People are in different paths in their careers, so they make different choices in life. Once the kids are in first, second, third grade people start looking around, and rural Minnesota seems to be a good fit.”

Winchester, a Winona native, and his wife chose small-town life themselves, and live in Hancock — a hamlet of 750 people about 15 miles northwest of Benson in Swift County — with their 5-month-old son.

Winchester knows firsthand the benefits of contemporary, wired small-town life. He has an office in St. Paul and a mailing address at the university’s Morris branch, but manages to work from home on many days. He travels a lot through small-town Minnesota, carrying the message of rural change — not rural decline — to county boards, chambers of commerce and other groups concerned about demographic shifts.

He is currently working on ways in which small communities can pitch themselves to the broader world, such as through a website clearinghouse on which cities could list data about businesses, home prices and other factors that might interest potential newcomers.

“Calling it a ‘brain drain’ is a disservice to people who are moving back,” Winchester said outside the K-12 school in Hancock (which has managed to avoid consolidation), where he spoke with MinnPost. “We’re losing 18-year-olds with no experience and life skills, but in return we’re getting educated people with job skills and networks.

Kids may leave, but rural Minnesota benefits from ‘brain gain’ among 30- and 40-somethings