Minnesota’s rush for state rebates on energy-efficient appliances this month proved there can be multiple reasons for going green – as in environmentally friendly rather than in greenbacks, although the two merged in the stampede to save $200 on a washing machine or $100 on a freezer.

The money motivation for going green is straightforward. Less so is a finding (PDF) reported this month by a marketing researcher at the University of Minnesota’s Carlson School of Management and colleagues. 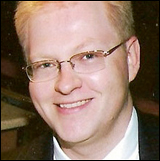 “People want to be seen as being altruistic,” he said in a statement about the findings. “Nothing communicates that better than by buying green products that often cost more and are of lower quality but benefit the environment for everyone.”

Indeed, people will forgo luxury and comfort for a green item. That is, if they expect others to see it.

“Many green purchases are rooted in the evolutionary idea of competitive altruism, the notion that people compete for status by trying to appear more altruistic,” Griskevicius said.

Most of us can’t compete at the altruism level of, say, Bill and Melinda Gates whose foundation gives away millions each year. But we can catch a personal share of status by getting rid of a gas guzzler. And who wants to suffer the shame of standing in the checkout line with incandescent light bulbs in the cart?

The research team’s findings are based on three studies involving hundreds of college students. In one study, the researchers tested different choices the students made if they were buying products in a store where everyone could see them versus buying online where no one would be watching (except, maybe, cyber spies).

In two other studies, students were manipulated in that some read short stories that have been proven to elicit a desire for social status before they made shopping choices between luxurious non-green goods and less self-indulgent green products.

The study helps explain why old-fashioned items like push lawn mowers can hold their price and a certain market share.

“When you are motivated by status, you will forgo luxury features to obtain an inferior green product that tells others that you care,” Griskevicius said.

The paper, “Going Green to Be Seen: Status, Reputation, and Conspicuous Conservation,” was published in the American Psychological Association’s Journal of Personality and Social Psychology. The other authors were Joshua Tybur of the University of New Mexico and Bram Van den Bergh of the Rotterdam School of Management.